You’d hope that one of the big things Scott Morrison learnt in 2020 was to have more respect and trust in his public servants. After all, they must get much of the credit for helping him – and the premiers – respond to the pandemic far more successfully than most other rich countries. What Morrison did right was take their advice.

Morrison began his time as Prime Minister by making his disrespect and distrust of public servants crystal clear. He was blunt in telling them he didn’t need their advice on policy matters, just their full cooperation in faithfully implementing the decisions he and the Cabinet made. 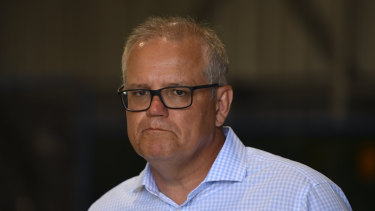 Scott Morrison began his time as Prime Minister by making his disrespect and distrust of public servants crystal clear.Credit:AAP

The Coalition has continued its Labor predecessor’s practice of imposing annual “efficiency dividends” – fixed percentage cuts in the money allocated to pay public servants’ wages and admin costs – which by now amount to annual rounds of redundancies, with those more senior public servants with policy experience being the ones most likely to get the heave-ho.

This has robbed the public service – and its political masters – of much benefit from its institutional memory of what works and what doesn’t. The government prefers to get its advice from the young people with political ambitions employed to help in ministers’ offices.

These young punks act as intermediaries between the minister and his department. Their great attraction is their loyalty to the party. They tend to be a lot stronger on political tactics than policy detail.

In a quite wasteful way, when the government has felt the need for advice on tricky policy matters it now pays top dollar for a report from one of the big four accounting firms busy turning themselves into management consultants (which is more lucrative).

The Libs’ paranoid tribalism blinds them to the plain truth that the public service takes professional pride in wholeheartedly supporting the government of the day.

Where does a bunch of auditors and tax agents find the expertise to advise on quite specialised issues of public policy? They hire – at much higher salaries – some of the redundant public servants who know all there is to know on particular topics.

Despite the expense to taxpayers, one reason the government likes to pay outsiders for advice is that, like all profit-making businesses, the consultants make sure they tell their paying customers what they want to hear, not necessarily what they need to be told.

By now, most big businesses have learnt it’s smarter to keep their core functions and expertise in-house, but the Liberals prefer to pay outsiders because they neither trust public servants nor like them. They don’t like them because they see them as members of the Labor “public” tribe, not their own Liberal “private” tribe. Private good; public bad.

The Libs don’t trust public servants for same reason: how could supporters of their rival tribe give them honest, helpful advice? Plus a bit of paranoia. Whenever Labor’s in office, the Libs sit fuming in opposition, watching the public servants working hard to help the government pursue its policy preferences and keep it out of trouble, and conclude the shiny-bums are doing it because of their partisan sympathies.

The Libs’ paranoid tribalism blinds them to the plain truth that the public service takes professional pride in wholeheartedly supporting the government of the day, while suppressing their personal political preferences.

In recent times, much of the Libs’ hostility towards public servants stems from John Howard. It was Howard – aped by Tony Abbott – who instituted the practice of beginning their term in office by sacking a bunch of department heads considered to be Labor-sympathisers (or in Abbott’s case, to be so hopeless they actually believed all that Labor bulldust about climate change).

This was retaliation, but also a knowing attempt to “encourage the others”. And it’s worked well in discouraging senior bureaucrats from giving ministers advice they don’t want to hear. But in a leader, surrounding yourself with yes-persons is a sign of weakness. If such a minister stuffs up, don’t be surprised.

You couldn’t have picked a crisis more likely to bust the Libs out of their I-don’t-need-any-advice hang-up than the pandemic. There’s no recent precedent and it’s full of technicalities. Who thinks they’re smart enough to tell a doctor they’re wrong?

By contrast, every Liberal pollie thinks they know at least as much, and probably more, about the economy as any economist. Economics is much more mixed up with politics than are the principles of human health.

But get this: Morrison wouldn’t have dared to accept the medicos’ advice to lock down the economy without Treasury’s assurance that it could throw together the measures – particularly JobKeeper and the JobSeeker supplement – that would hold most of the show together until the economy could be unlocked. As has happened. Treasury is back in the good books.

Ross Gittins is the economics editor.