Putin’s gas blackmail is in danger of backfiring on him

As Europe battles to keep the lights on this winter, leaders across Europe have begun framing the energy stand-off with Russia as an epic struggle between good and evil.

“It is about autocracy against democracy,” said Ursula von der Leyen, the European Commission’s president, in her annual address. Her rhetoric, a far cry from past calls for diplomacy, is the latest example of hardening European attitudes amid signs the tide may finally be turning – on and off the battlefield in Ukraine. 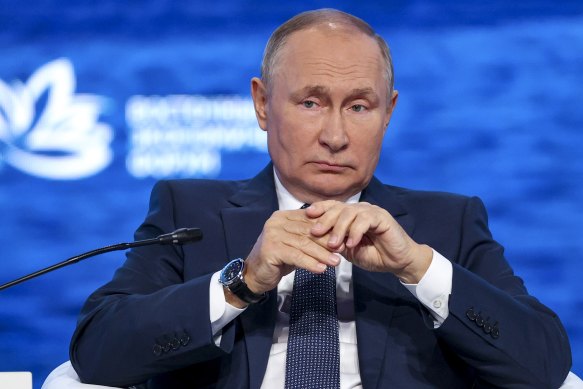 Vladimir Putin is losing leverage in his energy stand-off with Europe.Credit:AP

With Kyiv’s soldiers pushing back the Russian invaders and the European Union comfortably exceeding targets for gas storage, academics and experts say that – although the coming months will be among the hardest in living memory – Vladimir Putin no longer holds the leverage he once did over the Continent’s gas supplies.

The Russian president has mercilessly throttled flows into Europe this summer, pushing up household energy bills and forcing governments to announce support packages of an unprecedented scale to protect consumers. But after playing many of his strongest cards in the stand-off with EU leaders, who have supported Ukraine and sanctioned Russia, Putin’s weaponisation of gas is now at risk of spectacularly backfiring, according to John Lough, an associate fellow at Chatham House.

“What Putin has now is probably a declining asset,” says the former Nato representative to Moscow.

“He could make threats for a while, see gas prices go up, and send European governments into a panic.

“But it now rather looks as though we’re going to get through this winter. It might take some European economies into recession, but it’s not going to be fatal.”

This cautious sense of optimism comes after a months-long effort by EU member states such as Germany to cut gas consumption, secure alternative supplies and fill up storage facilities. But it is also because, having already cut deliveries to levels that would have been unthinkable previously, Russia now has few ways left to ratchet up the pressure further without causing pain to itself.

Jack Sharples, a researcher at the Oxford Institute for Energy Studies, says that while pipeline flows from Russia to the Continent averaged nearly 490 million cubic metres per day in the first half of September 2019, this year they have been about 80 million per day.

The crunch is the inevitable result of the Kremlin’s decision to steadily switch off almost all of the key pipelines running to Europe. 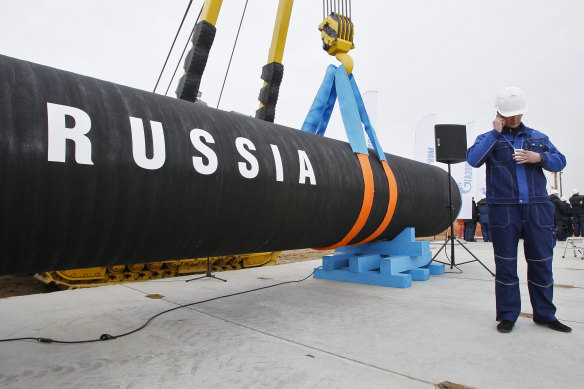 Sustaining Russia’s low deliveries to Europe may also end up costing Russia in lost output in the long run.Credit:AP

Nevertheless, while the “huge” reductions in flows have left gas markets tight and prone to sharp price swings, Sharples notes that Putin has now “done most of the damage he can”.

Nathan Piper, head of oil and gas at Investec, says this means many of the factors that will determine how difficult the winter actually is for Europe, such as how cold and windy the weather is, are out of his hands.

“We’ve had Putin play a lot of his cards. He does still have further gas flows he can restrict,” he says.

“But really, the key now is how much gas demand there is going to be in the winter as temperatures drop.”

With Europe buying in huge quantities of liquefied natural gas to replace lost Russian supplies, and EU states cutting consumption by 15 per cent, analysts at Goldman Sachs this week predicted that gas prices will actually steadily fall this winter to less than half of their current levels. At the height of concerns about Nord Stream 1 in August, the European benchmark for gas futures peaked at €345 ($510) per megawatt hour.

It was trading at €215 this week but Goldman predicted the price will fall below €100 in the first three months of 2023, when Germany is expected to open five new floating terminals for accepting LNG supplies.

More concerningly for Putin, sustaining Russia’s low deliveries to Europe may also end up costing Russia in lost output in the long run, even if it triggers energy rationing or even blackouts among customer countries.

Since the early stages of the conflict, state-owned firm Gazprom has been able to funnel unsold gas into domestic storage facilities for safekeeping. It has also been observed “flaring”, or burning, some excess gas.

But the storage sites are now almost full and Russia lacks the infrastructure needed to divert all the gas previously produced for Europe to buyers in Asia. 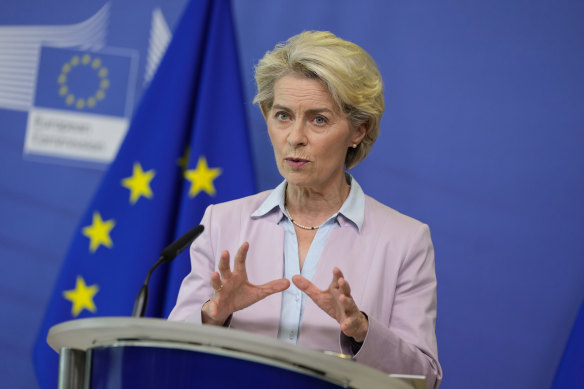 European Commission President Ursula von der Leyen previously said a cap on gas was needed as Russia was actively manipulating the market. The Commission has walked back from that decision, however.Credit:AP

That may force the company to instead cut production and seal up wells – a move that would be costly and technically difficult to reverse later.

The Kremlin attempted to play down the loss of gas sales to Europe on Russia’s economy. “Europe is not the only consumer of natural gas and not the only continent that needs natural gas,” spokesman Dmitry Peskov told reporters, suggesting that trade with Asia would compensate for any losses.

But Chatham House’s Lough says the scale of the own-goal will not be lost on those within the Kremlin, even if they are putting on a brave face in public.

“Within just a few months, Putin has destroyed a highly successful 50-year relationship between Moscow and Europe,” he says.

Most of the experts cautioned that even as Russia’s gas gambit backfires, the winter will still be difficult for Europe. Countries such as Germany may be plunged into recession, while a prolonged cold spell could trigger supply shortages and even blackouts.

To shield households and businesses from the worst of the impacts, the British Government last week unveiled a package that economists said is likely to be the most expensive peacetime intervention ever, eclipsing even the £70 billion Covid furlough scheme.

But as she rallied MEPs in Brussels to the cause, Von der Leyen warned that the stakes remained dramatic, “not just for Ukraine but for all of Europe and the world at large”.

She added: “We will be tested – by those who want to exploit any kind of division between us.