Fed’s Bullard: US in ‘pretty good shape for economic growth’

St. Louis Fed President James Bullard notes that the level of GDP is ‘above pre-pandemic levels so we already fully recovered in that sense from the pandemic and the pandemic isn’t even over yet.’

Federal Reserve Governor Randal Quarles announced Monday that he is stepping down from his post in December, leaving an additional seat open that will allow President Biden to further reshape the U.S. central bank.

Quarles' role as vice chair for supervision expired in October, but his actual term on the board of governors does not officially end until 2032. The Trump appointee was widely expected to stay on until a separate role as the head of the Financial Stability Board ended in December, but it was unclear whether he intended to continue after that.

"I intend to resign my position as a governor of the Federal Reserve during or around the last week of December of this year," Quarles wrote in a letter the Fed released on Monday.

The announcement will likely be welcomed by Democrats, many of whom have criticized Quarles for loosening financial regulations put in place following the 2008 financial crisis. Progressive lawmakers, most notably Sen. Elizabeth Warren, have pushed Biden to replace Quarles – along with Fed Chairman Jerome Powell – with a candidate who favors tougher oversight of financial institutions. 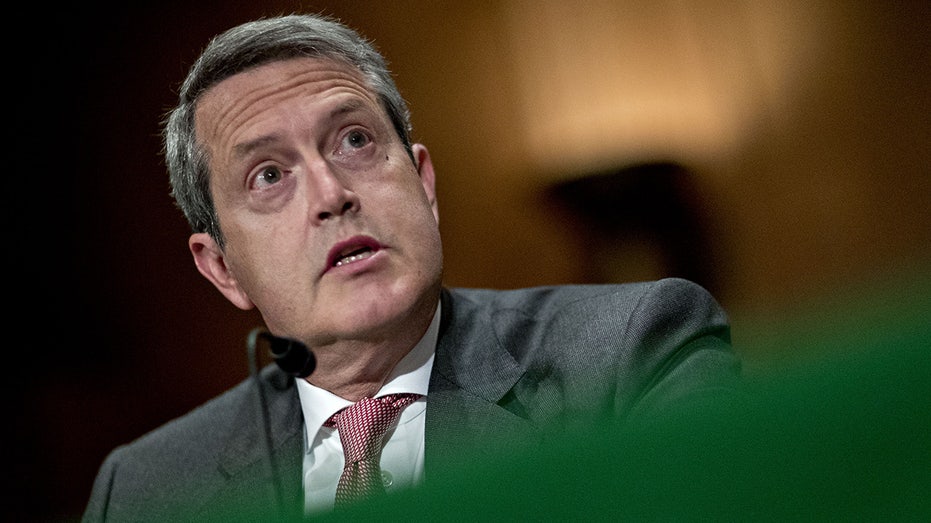 Analysts have speculated that Biden may try to appease the left by keeping Powell at the helm of the U.S. central bank, but nominate someone who will put in place strict oversight of banks as the next regulatory czar. Governor Lael Brainard, a Democrat, has been floated as a possible replacement for Quarles.

With Quarles' departure, Biden will have additional power to reshape the Fed. There are already two spots on the Fed's seven-person Board of Governors to fill, and will be a third next year when Richard Clarida's term as the central bank's vice chair expires. Powell's four-year term as Fed chair is slated to end in February next year.

Powell, a lawyer by training and a former Republican Treasury official, is generally respected on Wall Street and is well-liked among lawmakers in both parties for steering the U.S. through the coronavirus pandemic. But the White House is still mulling whether to tap Powell to lead the Fed for another four years – one of the most consequential economic decisions for Biden – before his term officially ends in February 2022.

Speaking last week in Glasgow, Scotland, during the United Nations summit on climate change, known as COP26, Biden told reporters that he had not yet made a decision regarding who to tap to lead the U.S. central bank for the next four years. He declined to specify what criteria he was looking for in a candidate who will become one of the most powerful economic figures in the world, but promised to announce a decision that would guarantee enough time for the Senate to approve the candidate.

"I'm not going to discuss it with you because that's in train now, we'll be making those announcements fairly quickly. It's been in train for some time," Biden said. "I think we're going to have plenty of time to make sure all the major nominees are going to be cleared in time before the terms expire.