Stop of the madness of congressional spending

Negotiating with Nancy Pelosi is a ‘mistake’: Grover Norquist

Americans for Tax Reform President Grover Norquist argues Nancy Pelosi will not allow the House to pass any bill that would help President Trump get reelected or improve the economy.

The coronavirus shutdown has flattened multiple industries across America — everything from airlines and manufacturers to hospitals, retailers, oil and gas producers, and restaurants. Many of the 30 million small and large businesses in the country have reported a 30 percent reduction in revenues. Amid the carnage, one sector of the economy is thriving like never before in the history of the republic: the government.

Congress has already spent more than $2 trillion on phases one, two, three and 3 1/2 of coronavirus relief packages. The latest irresponsible bill from House Speaker Nancy Pelosi would raise that spending total to $5 trillion, which is on top of the $4.71 trillion that Congress already authorized.

FOREIGN INVESTORS TO BE BIGGEST BUYERS OF US STOCKS: GOLDMAN SACHS

We are getting very close to an unfathomable $10 trillion federal budget, which is more money in one single year, adjusted for inflation, than the nation devoted to fighting the Revolutionary War, the Civil War, World War I, World War II and the Vietnam War combined.

The problem is that the White House thinks that more debt spending by Uncle Sam will be a "stimulus" to the economy and will help President Donald Trump win reelection. 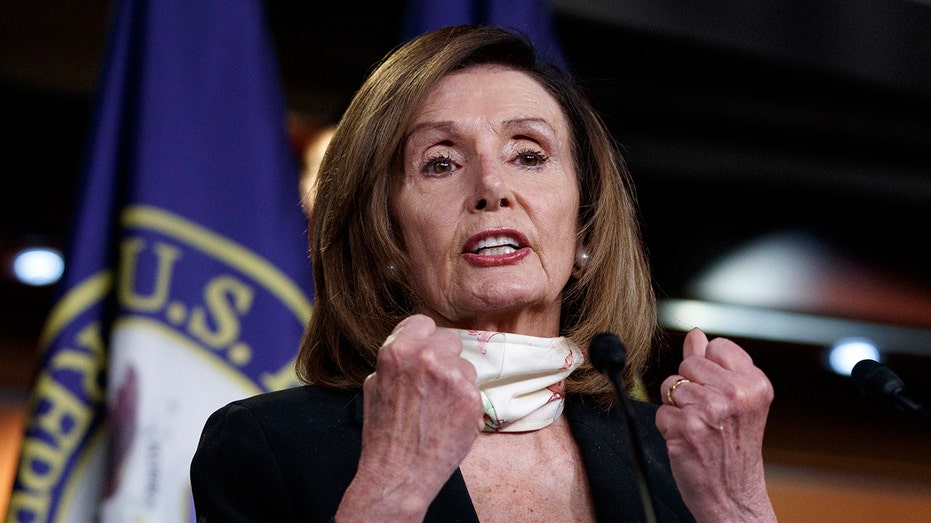 The administration has put out the word that another $2 trillion, phase-four package with aid to states, payments to individuals and infrastructure spending — a "compromise" — is in the works. It is a prosperity-killing redistribution scheme, not an economic revival plan, Mr. President.

If Trump and the Republicans in Congress were to agree to another multitrillion-dollar spending plan, the government in 2020 would grow to its most substantial level and percentage of our economy in history. Do Republicans want that to be their legacy?

Including state and local expenditures, the government would, for the first time in the history of the United States, consume 52 percent of our $20.4 trillion gross domestic product. Government would be more significant than all of the output of every business and every private-sector worker in America.

Even the GOP "compromise" would push us close to the tipping point of government, more than 50 percent of GDP.

It is nothing more than a road to financial ruin.

All we are doing here is "stimulating" the government and crowding out private spending and investment. Policies such as paying millions of people (more than 60 percent of workers, according to the Congressional Budget Office) more money to stay unemployed than to go back to work, and paying states more money to enable them to remain shut down, will inhibit the fast recovery we want in jobs and incomes, not stimulate it.

The offer of more federal money to Democratic mayors and governors enables them to keep their businesses shuttered and their commerce at a standstill because the feds will write them $50 billion checks.

One way to put the Washington spending blitz in historical perspective is to consider what happened during the Great Depression in the 1930s. Even at the height of what many at the time called Franklin Roosevelt's "socialist New Deal," government spending never eclipsed 20 percent of GDP. Pelosi has said that these times require a "Rooseveltian" response, but what we are doing now is 2 1/2 times the New Deal in size relative to the private economy.

The phase-four spending bill would bring total government spending to nearly $80,000 per U.S. household, or $20,000 more than the median per-household income in 2019 of roughly $60,000. If all this government spending were the magical solution to all our economic woes, we would all be feeling wealthy right now, but somehow, despite all the government "aid," we are all feeling much poorer.

Last week, a coalition of conservative leaders and organizations under the banner of "Save Our Country" signed a letter asking the White House and Senate Republicans to "stop the madness of runaway spending."

The letter, signed by me and by several dozen prominent conservatives such as economist Arthur Laffer, former Reagan Cabinet members Ed Meese and James C. Miller, and former Sen. Jim DeMint, argues that "runaway government spending is the new virus afflicting our economy.

The best way to supercharge a jobs recovery would be to repeal the payroll tax so that every working American would receive a 7.5 percent raise in (their) paycheck immediately, and every small business would see a reduction in their payroll costs of an equal amount. This incentivizes hiring and work. The economy desperately needs more of both of these and less debt spending."

Let's hope the Republicans rediscover their fiscal conservative credentials before they join Pelosi and Warren in their crusade to spend us into financial ruin.

Stephen Moore is a senior fellow at the Heritage Foundation and an economic consultant with FreedomWorks. He is the co-author of "Trumponomics: Inside the America First Plan to Revive the American Economy."