The case for and against compulsory 12 per cent super

Once again, superannuation is in the news. This time, the debate is about whether the employer contribution should be capped at 9.5 per cent of salary, raised progressively to 12 per cent, or abolished for low-income employees.

To be fair, all sides are making reasonable arguments. 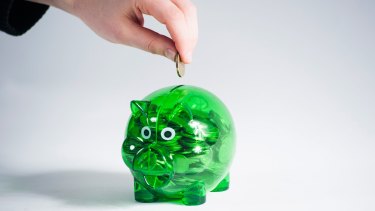 Those opposed to a compulsory super hike say an increase in employer super means workers will have less money in their take-home pay.Credit:Josh Robenstone

They claim that a worker on $50,000 a year would get better value from $3112 (after tax) spread over their year’s pay packets, than from an employer super contribution of $4000 (after entry fees and other costs), which would be inaccessible until they retired.

They also point out that extra spending money stimulates the economy.

Another point is that employers’ on-costs should be minimised, not increased, as Australia’s wage structure is increasingly uncompetitive in the global economy.

Despite these points, I am on the side of those who favour the increase.

Let’s face it, when the average Australian retires, they have two financial assets – the family home and their super.

The home was acquired by putting down a deposit and making the mortgage payments over the life of the loan.

Usually, the super has been provided entirely by the employer. If you rented all your life instead of buying a property and had no employer super, you would probably die a pauper.

The reality is that most people pay their commitments and never save on a voluntary basis, whatever their level of income.

If a low-income earner had an extra $60 a week in their pay packet you can bet they would spend it.

If that money was placed in super they would still get by, and when they retired they would have access to a decent chunk of cash which could change their lives.

Let’s run some numbers for a worker aged 40, earning $50,000 a year, using the Super Contributions Calculator on my website, noelwhittaker.com.au.

I will assume the worker's super balance is $75,000 now, their salary rises at 2 per cent a year, the employer contribution remains at 9.5 per cent and the fund returns 8 per cent a year net.

In 25 years, at age 65, they should have almost $900,000 in super. This would all have been achieved at the present level of employer super, and without any additional personal contributions. If those results were achieved, the worker should have a comfortable retirement, without needing welfare.

Since super became compulsory, there have been continual debates about what proportion of income needs to be invested to provide a comfortable retirement.

The starting figure was 15 per cent of gross income and it has become the benchmark over time, based on the assumption that it starts when you enter the work force.

What happened? There was no compulsory contribution required from the employee, and the government not only failed to contribute their 3 per cent, but looted the employer’s 9 per cent by introducing a 15 per cent entry tax on their contributions.

Unfortunately, one of the biggest challenges is people’s apathy about their super. This is why multiple fund balances are common, and many funds get away with excessive fees.

In a perfect world, our retirements would be funded by a combination of adequate employer contributions coupled with contributions from the employees themselves. That’s the goal we should all be working towards.

Noel Whittaker is the author of Making Money Made Simple and numerous other books on personal finance. [email protected]