The changing face of earning a living

It’s 2020 and another year when wages are expected to remain relatively stagnant.

The Australian Bureau of Statistics this week said wages rose by 0.5 per cent in the three months to the end of December and by just 2.2 per cent over the full year – pretty much the same rate as for the past two years. 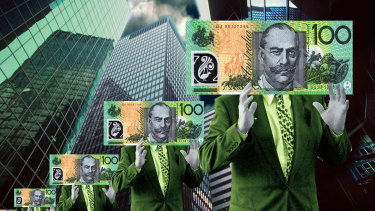 Companies are taking a larger proportion of the value created per unit of work, but this has not flowed through to wage increases.Credit: Greg Newington

With a rise in consumer prices over the year of 1.8 per cent, that means real wages grew a paltry 0.4 per cent.

The inability of lower-paid workers to obtain a pay rise is putting more pressure on home finances.

ABS figures show the median income before tax in Australia is just $48,360.

Many more workers are being forced to juggle multiple income streams just to make ends meet.

So how are Australians earning an income at a time when short-term contracts and casual work are becoming the norm, rather than having the security of a full-time job? 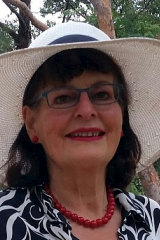 Fuge’s earnings have varied over her working life, at one point dwindling to almost nothing.

Since starting up a house and pet-minding business in 2017, her income has stabilised.

Before this she worked in the fashion industry, where her income was sporadic.

“I was a spendthrift and ended up with no money and debts," she says.

“I often had to supplement my income with sewing, cleaning and odd jobs.”

Fuge expects her pet-sitting business to grow in 2020.

“More business and a price increase will definitely lift my earnings,” she says.

"I no longer spend indiscriminately and I’m finally in a position where I don’t have to think hard about buying things. The business is solid and the money is there.” 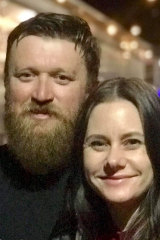 Michelle Worthington and husband Jason juggle a few jobs to sustain their family of five.

Jason has a handyman and landscaping business with a partner. Michelle runs a publishing consultancy, along with occasional contract work to help pay the bills.

“On top, I also have a casual job at a homewares store, for when our small business income isn’t enough to meet our strict weekly budget. We do what we can to make ends meet,” she says.

Three years ago, the couple elected to move away from full-time employment.

"Working for a wage doesn’t suit our growing family. A lot of people are this way: just look at the rise of mumpreneurs.”

Both work seven days a week.

"It is the hardest and most rewarding thing we have ever done; after being parents to three boys.”

However, over the past year, business and family expenses have grown more than their incomes.

“We constantly have to review and try to adjust where we spend," Michelle says.

This year, their oldest son finishes his IT degree, while his younger siblings are still at school.

“It feels like the perfect storm of beginnings and endings and all the extra expenses that comes with it. We keep saying if we get through this year, we will be OK.”

“We’re in a combined household and decided to have one mortgage between us.

“Even though we are in our 40s, we are laying the foundation years for our businesses; we can see the light at the end of the tunnel.”

A new study by ME Bank found that achieving financial goals often takes a back seat while wage growth is low.

A survey of 1000 Australians showed 52 per cent said their lack of income was a key barrier to achieving their 2020 financial targets, followed closely by the rising cost of living, at 48 per cent.

Futurist Ross Dawson says the average weekly wage increased in line with labour productivity up until the early 1970s.

“Since 1973, wages and productivity have diverged," he says. "Wages have essentially plateaued, even while the productivity of labour has risen.”

"More value has been created per unit of work, but this has not flowed through to wage increases.”