Former Trump campaign senior trade and jobs adviser Curtis Ellis says the Chinese government is responsible for saying the ‘phase one’ U.S.-China trade deal could be delayed from coronavirus.

The Trump administration is reportedly weighing a decision to block the export of jet engines co-produced by GE to China, in part over concerns that the country could reverse-engineer the product, posing a potential threat to U.S. business.

The administration doesn't want the jet engines to be delivered to the country for use on the Comac C919 airliner that China is developing — an aircraft that could rival those produced by Boeing, The Wall Street Journal reported Sunday.

TRUMP ADMINISTRATION WANTS TO CRACK DOWN ON HUAWEI ACCESS TO US CHIP-MAKING TECH: REPORT

The administration could decline to issue a license allowing CFM International, the joint venture between GE and French aerospace company Safran, from exporting the LEAP 1C engines.

“GE has provided products and services in the global marketplace for decades," a GE spokesperson told FOX Business on Monday. "We aggressively protect and defend our intellectual property and work closely with the U.S. government to fulfill our responsibilities and shared security and economic interests.”

The reported decision would come shortly after the U.S. and China signed the historic "phase one" trade deal, which went into effect last week. 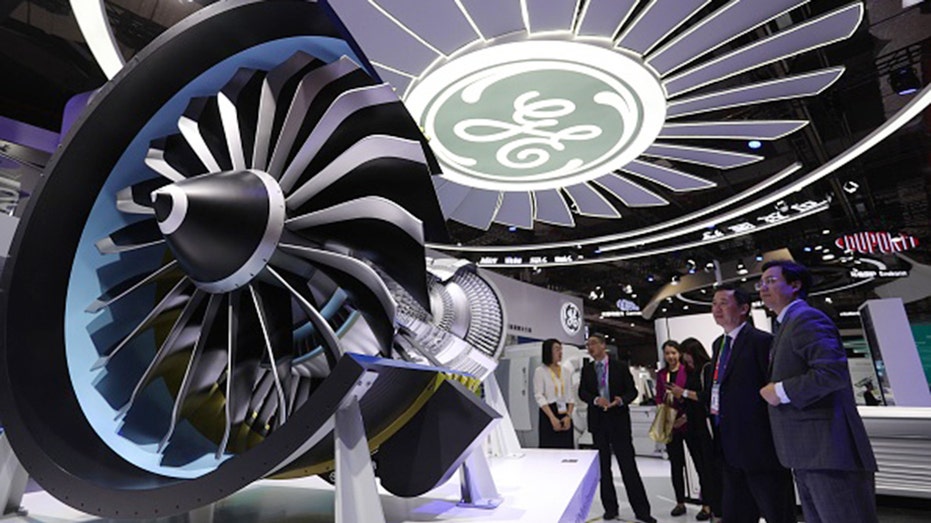 People look at a LEAP engine demonstration model from General Electric Company on day one of the 2nd China International Import Expo (CIIE) at the National Exhibition and Convention Center on November 5, 2019 in Shanghai, China. (Photo by Zhang Hengw

GE reported better-than-expected fourth-quarter results in January. The company's 2020 outlook is dependent on when Boeing's 737 Max returns to service, as GE supplies engines for the aircraft.