Virgin Galactic Holdings, Inc. (SPCE) shares rose more than 5% during Tuesday's session after UBS initiated coverage on the stock and predicted that a $38 billion per year space tourism industry would emerge by 2030.

UBS initiated coverage of Virgin Galactic stock at Buy with a $25.00 price target. Analyst Myles Walton believes that the company is positioned as the only way for customers to gain entry into the 560-member astronaut club within the next five years. Furthermore, Walton believes that the company's unique brand will create a compelling curated experience.

When setting a stock's price target, an analyst is trying to determine what the stock is worth and where the price will be in 12 or 18 months. Ultimately, price targets depend on the valuation of the company that's issuing the stock.

Earlier this month, Virgin Galactic announced the first of two test flights for its SpaceShipTwo system. Oct. 22 marks the beginning of a flight window for a launch from its Spaceport America in New Mexico. If the two flights are successful, the company plans to fly Sir Richard Branson in the first quarter of 2021 to mark the start of its space tourism business. 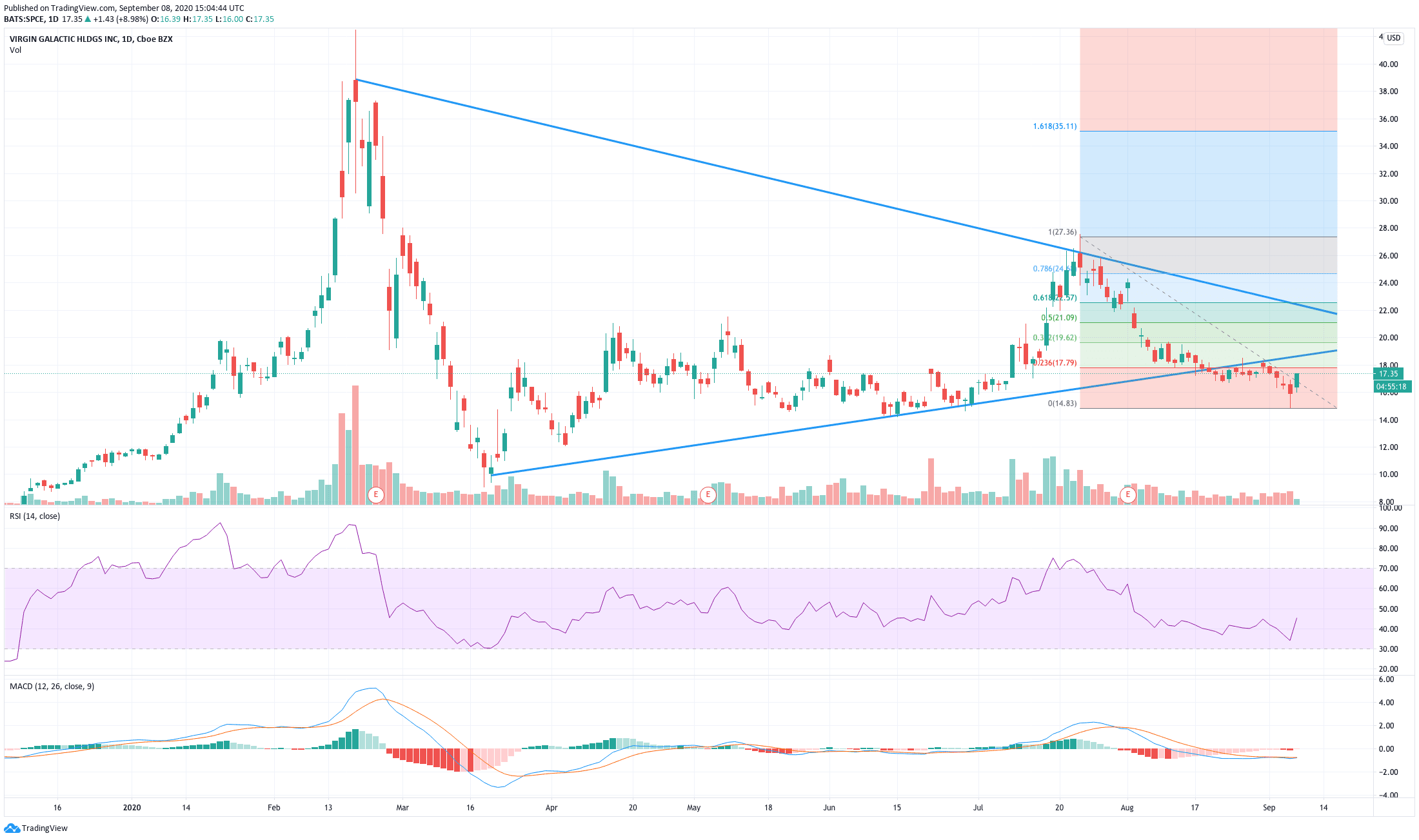 From a technical standpoint, the stock fell nearly 40% from its highs in mid-July to around $15.00 per share before rebounding during today's session. The relative strength index (RSI) appears neutral with a reading of 42.45, while the moving average convergence divergence (MACD) is trending sideways. These indicators provide few hints into future price direction but suggest that there is room for further upside ahead.

Virgin Galactic shares moved sharply higher during Tuesday's session after UBS initiated the stock with a Buy rating and a $25.00 price target. The analyst believes that space tourism could become a $38 billion per year business by 2030 and sees the company as well positioned as it gears up for a commercial launch next year.

The author holds no position in the stock(s) mentioned except through passively managed index funds.