‘We pretend we are single’: Five clever ways to cut the cost of health cover

Long-term loves Paula Reid and Dean Wallace have a strong piece of – proven – advice when it comes to private health insurance: “Pretend to be single.”

Retirees who met after they each moved from Adelaide to Queensland’s Sunshine Coast more than six years ago, they re-separated their Bupa policies shortly before last year’s premium increase.

“I understood and believed we would be better off having a family policy, but it turns out we were better off in the first place,” Dean explains. “It gave us more dollars in benefits.” 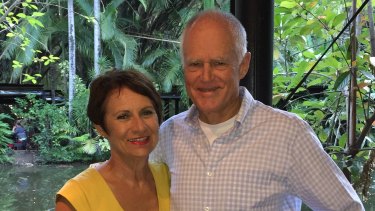 Retirees Paula Reid and Dean Wallace re-separated their Bupa policies, and got more dollars in benefits.

Paula and Dean are on the highest level of extras and take advantage of a raft of available services including optical, dental, chiro, physio, exercise physiology, podiatry and remedial massage.

“Because we are active people and use exercise physiology and other things, it was just so beneficial,” Paula says.

Indeed, they no longer exhaust their allocated benefits, even for some services they regularly access, so they get better value for their again-individual, virtually identical premiums.

With health fund hikes looming once more on April 1, other couples without kids might be able to do the same.

Although many funds are pausing the premium increase until September, October or even November, in recognition of tight pandemic times, the average premium will increase by a decade low of 2.7 per cent. But some members will face a slug of 10 per cent, or more.

Is it any wonder that exclusive research given to Money by Finder.com.au shows 1.8 million Australians will not renew their policies this year?

Only one in three will stick with the same insurer. A further 13 per cent intend to switch to a better deal if they find it. But there are better, safer ways.

‘I understood and believed we would be better off having a family policy, but it turns out we were better off in the first place. It gave us more dollars in benefits.’

You don’t even need to go as far as ‘splitting’ your partnership, like Paula and Dean, but can simply split your coverage.

Not many people know you can ‘decouple’ the hospitals and ancillary components of your cover. Yes, you can purchase your hospital and extras cover from separate providers that are offering better individual deals.

More commonly, if you do not much use your extras because perhaps you are lucky enough to as-yet have no ailments, you could drop them.

You only need ‘hospital’ to avoid the slug of the Medicare Levy Surcharge. This is a penalty you pay if you don’t have private health but do earn more than $90,000 as a single or $180,000 as a couple or family.

But I would join Paul and Dean in saying a better way is to use rather than lose the extras, and claim back in payouts every cent you part with in premiums.

Outside of the box ideas: Kids swimming lessons (ask!), the gym if you just get a doctor to sign off on it as necessary, free dental cleans and checks for all, exercise physiology and those massages… massage the system instead.

It also doesn’t hurt to ask the question: what can I remove that I don’t need? Think hip replacements if you are younger, or kids orthodontics if you are well past that. Or obstetrics/reproductive services itself; that saving alone can amount to $500 a year.

And there are two other main cost levers: the excess and the co-payment.

You can up your excess for hospitals cover to as high as $750 for singles and $1500 for families/couples, and still avoid the Medicare levy surcharge. Remember, you only pay this once a year, often once a calendar year, and kids do not pay.

Now, a co-payment is also an option, but not one to be taken lightly. This commits you to an expense of, say, $50 a night for each night you might spend in hospital. It can get very expensive if, very unfortunately, you need an extended stay. Having said that, sometimes it is capped.

You can model all of these variables, and the potential savings for you, on the excellent and independent website privatehealth.gov.au.

And don’t worry: under portability rules that ensure there is competition in the health insurance industry, you do not need to re-serve hospital waiting periods you have already served.

At this prime new-customer time, as everyone seeks to save, you may also see waiting periods for extras waived.

Could you combat price hikes and keep your cover?