Why is humanity so reluctant to save itself from climate change? 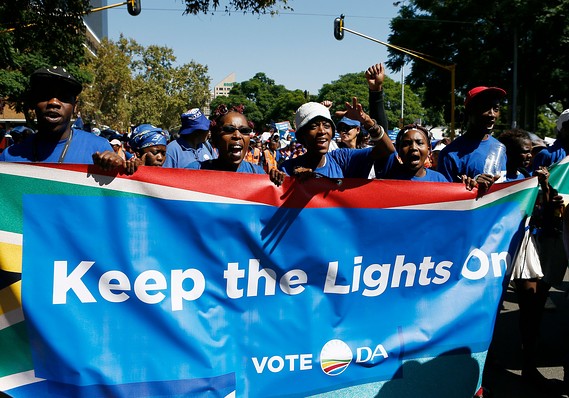 NEW YORK (Project Syndicate) — Despite the buzz around climate action at this year’s World Economic Forum meeting in Davos, Switzerland, the world’s current environmental prospects look grim. There are three obstacles: climate-change denial; the economics of reducing greenhouse-gas (GHGs) emissions; and the politics of mitigation policies, which tend to be highly regressive.

According to the Intergovernmental Panel on Climate Change, global carbon-dioxide emissions must be cut by 45% from 2010 levels by 2030, and then eliminated entirely by 2050, to have even a reasonable chance of preventing global warming of 1.5°C above pre-industrial levels.

“We need quick wins,” warns the United Nations Environment Program in its latest Emissions Gap Report, “or the 1.5°C goal of the Paris Agreement will slip out of reach.”

That is an understatement. Even if the current Nationally Determined Contributions (NDCs) under the 2015 Paris accord were met, emissions in 2030 would 38% above where they need to be. Global average temperatures will be on track to rise by a disastrous 2.9° to 3.4°C by 2100, with continuing increases thereafter.

The NDC targets would need to be roughly tripled just to limit warming to 2°C, and would have to increase fivefold to achieve the 1.5°C goal.

That is not going to happen. The only time in recent history when CO2 emissions have looked as though they might plateau was in 2014-2016, owing to weak global growth. According to the Global Carbon Project, emissions have since increased again, by 2.7% in 2018 and 0.6% in 2019.

Making matters worse, the December 2019 U.N. Climate Change Conference (COP25) was a dismal failure, resulting in no new climate pledges or clear messages of intent for this year’s COP26 summit in Glasgow.

Why is humanity so reluctant to save itself?

First, many people simply do not accept the predictions issued by climate scientists. But denialism is the least serious of the three main obstacles. There will always be a minority for whom facts and logic are unwelcome distractions. Yet even President Donald Trump must realize by now that climate change will undermine the future viability and profitability of Mar-a-Lago.

As the real-world costs of climate-driven disasters mount over time, denialism will become less of an issue. Indeed, a November 2019 Yale University survey finds that 62% of registered voters in the United States would support a president “declaring global warming a national emergency if Congress does not act.”

That means there is a massive free-rider problem. Under current circumstances, it will always be individually rational to let others cut back on their emissions rather than doing so yourself. The only way to correct this problem is through collective rationality or enlightened self-interest.

But given the current state of multilateralism, expecting a truly global effort in pursuit of the common good is a tall order.

The third obstacle is that effective policies to reduce emissions disproportionately hurt the poor (both globally and within countries). The International Monetary Fund recently calculated that the current effective global price of CO2 emissions is a mere $2 per ton. To limit global warming to less than 2°C, however, would require an average effective price of $75 per ton by 2030.

I agree with Harvard University economist Kenneth Rogoff that a uniform global carbon-emissions tax is likely to be the best solution to the climate challenge, at least from an environmental perspective.

But with such a tax in place, average household electricity prices over the next decade would increase cumulatively by 45%, and gasoline prices by 15%.

Hence, even within rich countries, the distributional consequences would be difficult to handle, as France’s government found out after it tried to introduce a modest fuel tax in 2018. Worse, since the 1980s, effective redistributive fiscal mechanisms in most advanced economies have been emasculated.

Moreover, the larger distributional burden of a global carbon tax would fall disproportionately on poor countries that are hoping to pursue rapid development in the coming decades. Around 570 million people in Sub-Saharan Africa alone lack access to basic electricity; globally, the number is closer to 1.2 billion.

Needless to say, long-overdue growth in developing and emerging economies will bring massive increases in energy consumption and greenhouse-gas emissions. In India, China, and many other countries, coal-fired power plants will likely continue to be built for years to come.

Clean and renewable energy from solar and wind will complement, but not displace, fossil fuels in these countries. Despite the strides made in battery storage technology, the intermittency problems associated with wind and solar imply a continuing role for fossil fuels and nuclear power.

Consider India, which accounts for 7% of annual global greenhouse-gas emissions, making it the world’s fourth-largest emitter, after China (27%), the U.S. (15%), and the European Union (10%). That is despite the fact that India’s per capita energy consumption is around one-tenth of America’s. And even if that figure doubles by 2030, it will still be only half of what China’s was in 2015.

Countries like India and those in Sub-Saharan Africa are not going to sacrifice their economic development for the sake of emissions reductions.

The only way to square the circle is to extend financial aid to developing and emerging economies undergoing unavoidably energy-intensive development, so that they can afford to internalize the externality through an appropriately steep tax on emissions.

Unfortunately, sustained large-scale international aid programs are deeply unpopular. And given that domestic fiscal solidarity is already wanting, cross-border fiscal solidarity seems like a non-starter. Unless and until that changes, an existential crisis of our own making will only worsen.