Why we need more economic stimulus, rather than a balanced budget

Late last year it appeared the Australian economy was sailing into 2020 with an air of confidence. 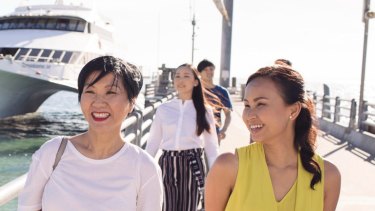 Chinese tourists inject four times as much as the second-placed Americans into our accommodation and retail sectors.Credit:

However, the optimism quickly evaporated domestically because of the impact of widespread bushfires that razed the landscape last month and now globally by the onset of the coronavirus.

For investors, this created some near-term volatility in equities but the market now seems to be pricing in that the worst is over.

What is yet to come is the full impact that the coronavirus will have on the global economy, given China’s sheer economic size and importance in trade and supply chains, as well as the vast numbers of Chinese travellers – both tourists and students.

China is our largest trading partner because of our resource exports. The country also accounts for about one in four international students enrolled in the education sector and one in six tourists.

The trading relationship has defined a large part of Australia’s economic robustness for a long time but it may now come under pressure as China's economy slows.

Because China has been so transformative for our tourism and education sectors, it is also far and away our largest services trading partner, too.

Chinese tourists inject four times as much as the second-placed Americans in our accommodation and retail sectors.

However, the coronavirus threatens to stop this cash flow in its tracks.

The impact on the tourism and education sectors will have knock-on effects into Australia's retail, services and rental sectors.

Economists are now rushing to downgrade their growth forecasts for 2020, with the very real prospect that the economy, in real terms, will contract in the first quarter for the first time since March, 2011.

There will be a rebound based on bushfire reconstruction, but the timing and strength of the recovery from the virus is still unknown.

Australia's economic slowdown will also affect the federal budget, likely deferring any projected surplus for at least a year.

It would be entirely proper for both the federal and state governments to relax some fiscal discipline.

About $5 billion is being spent on bushfire recovery but I would argue that the government should also be thinking about some form of further stimulus, to help defend against the near-term economic weakness from the coronavirus.

One argument for a balanced budget is to be able to assist the economy when it is in need.

It seems abundantly justifiable for the government to temporarily set aside its surplus-at-all-costs narrative for the economic good – and be forgiven by budget hawks for doing so.