Why you are feeling the pinch: Cost of living soars

Healthcare and education, insurance and childcare. These are just some of the mandatory cost-of-living expenses that have rocketed way above our wage and salary growth over the past two decades.

The Reserve Bank of Australia calculates that a typical basket of goods and services valued at $200 in 2000 soared 61 per cent to $322 by the end of last year, while the average annual inflation rate was just 2.5 per cent. 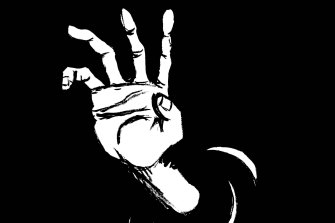 The cost of childcare is up 97 per cent over the past two decades while housing is up 94 per cent and food and non-alcoholic beverages are up 62 per cent.Credit:

New research by Fidelity International shows that while discretionary spending on items such as international travel, entertainment and clothes is less than it was 20 years ago, the essentials of life have easily outstripped inflation and wages growth.

The cost of childcare is up 97 per cent while housing is up 94 per cent and food and non-alcoholic beverages are up 62 per cent.

In the past year alone, while inflation remained relatively muted at 1.7 per cent in the year ended September 30, we saw big price hikes in tobacco (8.4 per cent), domestic holidays, travel and accommodation (7.3 per cent), fruit (6.8 per cent) and petrol (4.4 per cent).

However, by far the largest price rises in the past 20 years is in private secondary school education – up a whopping 203 per cent – and private pre-school and primary education (up 159 per cent).

The 2019 Australian Scholarships Group Planning for Education Index reveals that the forecast cost to educate a child starting out now in a government school through to year 12 is more than $68,000. That figure climes to $127,000 for Catholic schooling and more than $298,000 for private school/independent education.

Education costs are a prime consideration for Sydney father of two Peter Nelson, who forks out more than $70,000 in school fees to educate his son and daughter at private schools each year.

“The fees for my son’s schooling start at about $38,000 a year. Then there's a voluntary building fund fee of $300, which you feel obligated to pay, and another $1000 for school uniforms, sports uniforms, excursions and equipment," he says. “For my daughter, the fees are $32,000 a year, plus the same extras.”

Nelson says the costs rise annually and he admits they are expensive, but he still considers them a "worthwhile investment" in his childrens' future.

The cost of medical and hospital care has almost trebled in the past 20 years.

Integrity Life managing director Chris Powell says the hike means many families are now trying to cut corners to save money by forgoing emergency protection products such as total and permanent disability, life and health insurance.

The price of insurance itself has jumped about 118 per cent.

Integrity research reveals that 45 per cent of Australians now believe they don’t have the insurance in place to meet the cost of a personal disaster.

“The overall rising cost of living means they are less likely to have the very products, such as health insurance, that can help to pay those bills,” Powell says.

Health Minister Greg Hunt recently confirmed that private health insurance costs will rise by 2.29 per cent this year, although some funds will see hikes as much as 5.6 per cent.

The rise, which will take effect on April 1, is the lowest in 18 years but is still well above the 2019 annual rate of inflation of 1.6 per cent.

The good news is that real wages are growing – up 78 per cent in the past two decades and 21 percentage points above the official inflation rate.

However, recent wage growth has slowed markedly – up just 2.2 per cent in the December quarter of 2019 over the year-earlier period.

December Consumer Price Index figures indicate that the cost of heading overseas to travel is on the way down (2.9 per cent), while women’s clothing is also becoming cheaper (2.5 per cent) and wine prices have dropped 1.6 per cent.

Structural increases in market competition over the past two decades have pushed down the price of furniture by 10 per cent, clothing and footwear is down 10 per cent and the cost of buying a new car is down 14 per cent. Games and toys are down 16 per cent.