Investors don’t fear Sen. Bernie Sanders as much as they do Sen. Elizabeth Warren in becoming the Democratic nominee for president. Both have proposed massive government spending, including an overhaul of the country’s health-care system, but Sanders has pulled ahead in primaries so far.

The green line is the movement of the Real Clear Politics national poll average for Warren as a candidate for the 2020 Democratic presidential nomination, while the white line is UnitedHealth Group’s UNH, +0.37% share price. As Warren has dropped in the polls, UnitedHealth has come roaring back. UnitedHealth is, by far, the largest health insurer and managed-care provider in the U.S.

During 2019, the S&P 500 SPX, -0.42% returned 31.5%, with dividends reinvested, according to FactSet. The market was led by the information-technology sector, with a whopping 50% return, while the worst-performing sector was energy, up a paltry 12% because of weak oil prices. But the health-care sector was second-worst, returning 21%.

Gordon expects a multiyear increase in price-to-earnings valuations for health-care stocks, because he believes fears of political upheaval for the sector have been overblown, but also because of continued innovation and efficiency improvement. Two stocks he favors for long-term investment are UnitedHealth and BioMarin Pharmaceutical BMRN, -0.64%.

Gordon — who previously worked as an investment banker in Lazard’s health-care group and a medical-industry analyst at Bernstein and Credit Suisse — said during an interview that a radical change to health care in the U.S. was unlikely. Not only would a candidate favoring socialized medicine have to win the presidency, the Democrats would need to maintain control of the House of Representatives, gain control of the Senate and convince Democrats who are against fully socialized medicine to change their minds.

ClearBridge is a subsidiary of Legg Mason LM, +23.62% with about $125 billion in assets under management. Gordon assists fund managers with their selection of health-care investments. One example is the ClearBridge Large Cap Growth Fund, whose institutional shares LSITX, +0.45% have a four-star (out of five) rating from Morningstar. Health-care stocks made up 13% of the fund’s portfolio as of Dec. 31.

(Legg Mason agreed Tuesday to a $4.5 billion cash deal to be acquired by Franklin Resources BEN, +5.77%. The deal announcement sent both stocks soaring.)

Gordon expects continued pressure for “some change to drug pricing,” because of bipartisan support, but also said: “I would not expect it to be catastrophic.”

UnitedHealth is the second-largest company in the health-care sector of the S&P 500, with a market capitalization of $283 billion, trailing only Johnson & Johnson JNJ, -0.28%, which has market cap of $395 billion. Johnson & Johnson, unlike UnitedHealth, has consumer, pharmaceutical and medical devices businesses.

It’s no surprise that Warren’s detailed plans for socialized medicine, “Medicare for All,” frightened off investors from UnitedHealth’s stock. Sanders also supports Medicare for All, but it seems investors aren’t worried now that he leads in the Democratic nomination race. Of course, that (and the media narrative) can change on a dime, following the South Carolina primary on Feb. 22 and especially after Super Tuesday on March 3 when 16 states, including California, hold their primaries.

Gordon said UnitedHealth has “a long runway for growth for a very long time” as it builds out its health-care services network, and that this business is growing faster than its health-insurance business. “I think the [price-to-earnings] multiple can expand as generalists wake up to the fact that there isn’t going to be a single-payer system soon,” he said.

He called UnitedHealth “unbelievable at capital deployment,” adding that the company has “created a tremendous amount of value by continuing to buy physicians’ practices and ambulatory-service centers.” He also pointed to the vast improvement in efficiency as more procedures are performed outside of hospitals.

As UnitedHealth acquires more providers, the company is using incentives to keep patients out of hospitals and emergency rooms. “As a physician you gain security,” Gordon said, because UnitedHealth handles the billing and administration. Meanwhile, under the UnitedHealth umbrella, the doctors are “changing the game, so that instead of having to see as many patients as possible, they are going to get paid for quality and for keeping patients out of the hospital,” he added. 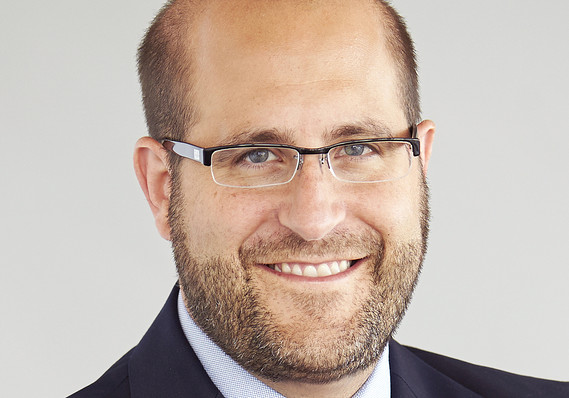 When discussing the company’s insurance (or benefits) business, Gordon said “Medicare Advantage is a tremendous growth business for them, as is Medicaid.”

A quick look at returns on invested capital (ROIC) for all the S&P 500 companies in FactSet’s “managed health care” industry group backs up Marshall’s opinion of the UnitedHealth management team’s talent for capital deployment:

You can click on the tickers for more about each company, including price ratios, financials and news coverage.

A company’s return on invested capital is its after-tax profit divided by the total of its debt and equity. The five-year average above was calculated using ROIC numbers for the past 20 quarters available from FactSet on Feb. 14.

It is interesting to see that sell-side analysts favor all five managed-care companies:

In summary, Gordon said UnitedHealth is “actually asking where the system needs to go and investing ahead of that, as opposed to being reactive.”

Shares of BioMarin Pharmaceutical BMRN, -0.64% have declined 9.5% over the past year, as the S&P 500 health-care sector has returned 14%. Gordon argues the company is “not getting enough credit” from investors for two medications he expects to be approved by the Food and Drug Administration.

The first is a new gene therapy for people suffering from hemophilia A, consisting of an intravenous “engineered virus” designed to cause the liver to produce Factor 8, a protein that helps blood to clot. People currently receiving treatment for this type of hemophilia typically receive Factor 8 via I.V. treatments three times a week.

The new treatment would be “one and done,” effectively curing the disease, according to Gordon. Even if another treatment is needed years later, it will be a vast improvement over current treatments. BioMarin filed for approval of the therapy in the U.S. and Europe late in 2019, and Gordon expects it to be approved for use in the U.S. during the second half of this year.

The other new potential product for BioMarin is a new treatment for children with achondroplasia, which leads to dwarfism.

“They have the data they need to file” for regulatory approval, Gordon said, although he didn’t predict a time frame. “They got the data, and the stock barely moved. There is a controversy that people will not use it,” he said. BioMarin said in its third-quarter financial release that “robust” participation in trials indicated “families are interested in treatment for their children as early as possible.”

Gordon said the new treatment could help a young child affected by achondroplasia to grow “at least 9 inches more,” by the time they are 18, which would be “life-changing.”

Sell-side analysts are enthusiastic about BioMarin, with 21 of 26 rating the stock “buy” or the equivalent. All the remaining ratings are neutral. The stock closed at $89.01 on Feb. 14. A consensus price target of %115.70 implies 12-month upside potential of 30%.