A Sydney fund manager is short-selling stocks in energy giant AGL and national airline Qantas as part of a controversial investment strategy known as ‘green shorting’, marking the start of a more aggressive approach to sustainable finance in Australia. 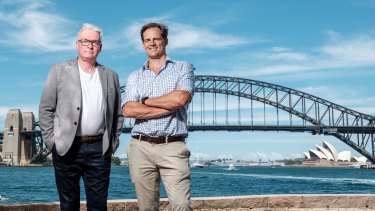 The rising popularity of sustainable investment strategies has typically been defined by divestment of heavy emitting stocks, such as fossil fuel producers, or using stakes in these companies to agitate for greater action on climate change.

Plato managing director Don Hamson said a portfolio’s carbon intensity can be reduced by up to 80 per cent through divestment before returns start to suffer. Combining active management with short-selling would maximise returns while achieve net zero emissions, he said.

“We short stocks that are higher carbon with poor return outlook and long-stocks with low carbon on average with good return averages.”

AGL and Qantas have both set net zero emissions by 2050 targets. However, Mr Hamson said many ASX-listed corporates set targets with “no idea how to get there” and pointed to AGL’s extensive coal-fired power stations and Qantas’ reliance on yet-to-be-developed technologies for carbon-free air travel.

“AGL is one of the dirtiest companies in Australia. We’ve been talking to those companies, understanding and maybe coercing them towards net zero,” Mr Hamson said. “But if you have a legacy business that is, by definition, very dirty, it’s not something you can fix overnight.”

In June last year, AGL announced it would split off its coal power stations into a separate company called Accel Energy. Its other business, to be called AGL Australia, will hold its electricity, gas and telecommunications retailing business along with some cleaner generation assets.

Qantas pointed to comments by chair Richard Goyder from last November where he said the company’s net zero target would be met by expanding the use of biofuels, buying carbon offsets and embracing new hydrogen and electric technology when it becomes available.

Plato portfolio manager David Allen said the ASX is a prime target for green shorting because of its high concentration of carbon-intensive industries, such as mining and agriculture, that are set to face a squeeze on profits as global economies decarbonise.

“The ASX is unfortunately one of the worst developed markets in the world. It’s not quite as bad as emerging markets, but that’s perhaps to be expected,” Mr Allen said.

The fund also has green shorted global stocks, including Singapore Airlines and Hong Kong Electric, as part of a strategy to target companies that will suffer from increased climate regulation, such as carbon pricing, and shifting consumer sentiment towards green businesses.

Short-selling is a trading strategy that aims to profit from the fall in the price of a security. An investor borrows shares and sells them, with the aim of buying them back at a lower price for a profit.

“The pathway the world is taking to net zero, even at its most optimistic, is a little bit too little, too late,” Mr Allen said. “There’s going to be a huge amount of damage done between now and then [2050] and I think we need to be looking at ways to be more aggressive and proactive in getting to net zero.”

Mr Allen said green shorting as an investment strategy is in its early stages in Australia, but was likely to pick up around the world as investors develop new ways to invest sustainably.

Mr Hamson said the fund had already seen interest from a number of large superannuation funds, adding demand for sustainable investment strategies was on the rise from large institutions to retail investors who “want to do the right thing for the environment”.

“That’s changed a lot in the last couple of years with the drought, the fires,” Mr Hamson said. “Climate sceptics are becoming very much a minority.”

Plato’s net zero fund does not rely on carbon credits that can reduce a portfolio’s emissions by funding projects such as tree planting because Mr Hamson said these are set to become increasingly costly as corporates and governments rely on offsets to meet net zero targets.