Facebook has banned the sharing or viewing of our news articles on its platform. For independent journalism straight from the source, download our app and sign up to our newsletters.

The billionaire co-founder of Sydney software business Canva has backed Facebook’s decision to ban news from being shared in Australia and described the government’s approach to regulating the technology sector as regressive and “stupid”.

Cliff Obrecht, the co-founder of the $US6 billion ($7.6 billion) graphic design platform, said Facebook was right to act after the government moved to legislate a media bargaining code last week that would require the social network to enter into commercial negotiations to pay media organisations for news content or risk steep fines. “I think what the government was doing was stupid and I think good on Facebook for just saying ‘We’re not going to put up with your bullshit policies’,” he said. “Which unfortunately means Australian consumers, Australian internet users, are going to have a poorer experience.” 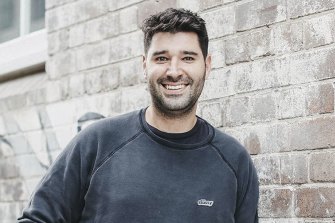 Mr Obrecht said he was not against technology regulation but the Australian government should consult internet users and startups before rushing to implement misguided rules.

“I think the Australian government should start a real dialogue with Australian internet companies like Atlassian and us for a start and and not just have these suits, who have no idea about the internet or business in general, because they are career politicians, trying to make policies for society and internet companies,” he said. “I think they should not be doing that and should really have a good hard look at themselves.”

Last minute negotiations between the tech giant and the Morrison government were still ongoing as the Senate began debating the proposed media bargaining code on Monday evening. It is expected to pass the upper house and become law later this week.

He said the government needed to do more to encourage technology companies in Australia.

“Look at the world, it’s clear with all the global emission targets, the renewable energy targets, we’re not going to have a viable business as a country just digging shit out of the ground.” he said. “The future of Australia is going to be our intellectual economy to some degree.”

Canva was founded by Mr Obrecht, Melanie Perkins and Cameron Adams in 2013 and enables users to design products, including greeting cards, posters, websites and presentation slides.

It recently surpassed 50 million active users a month. But Mr Obrecht said the tech giant had no plans to list on the sharemarket in the next 12 months as it had plenty of access to capital and is profitable.

“We’re still enjoying being a private company,” he said.