Investment giant Macquarie Group says its profits lifted in the latest quarter, though the trading conditions facing its businesses softened, and the company remains cautious in its outlook. 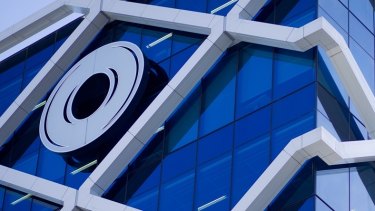 Macquarie’s flagship asset management division, and its fast-growing retail banking unit, had a combined contribution that was up “significantly,” mainly because of asset sales by the asset manager.

Its more volatile divisions – investment banking business Macquarie Capital and its commodities and global markets arm – had a combined profit contribution that was up “slightly,” Macquarie said, without providing details on the divisions’ profit results.

In its outlook statement, Macquarie said: “We continue to maintain a cautious stance, with a conservative approach to capital, funding and liquidity that positions us well to respond to the current environment.”

As usual, it pointed to a wide range of short-term factors that could influence its outlook, including market conditions, geopolitics, exchange rates, and regulatory change.

It is the first annual meeting under new chairman Glenn Stevens, a former Reserve Bank governor, who noted in his opening address that Macquarie’s profits had hit a record $4.7 billion in the year to March, a 56 per cent increase.

“The company’s performance reflects strong results across the organisation as our operating businesses and support groups again delivered on their commitment to supporting our clients, partners and communities,” Stevens said.

In its trading update, the company said Macquarie Asset Management had $773.9 billion in assets under management, which was broadly in line with the March quarter.