The Commonwealth Bank of Australia is using temporary contractors in its financial crime team, sparking fresh concerns that workers on insecure contracts have cut corners on critical compliance tasks.

The Age and Sydney Morning Herald can reveal CBA has relied on labour hire firm Hays and contingent labour provider Momenta to fill roles in multiple teams across its financial crime department – including those that monitor high risk customers and suspicious transactions. 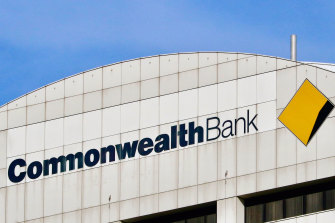 This masthead has interviewed more than one dozen current and former employees working within CBA’s financial crime teams, who spoke on the condition of anonymity because they were discussing confidential information. Many have described two classes of employees within department, where contractors are threatened with sudden termination if they fail to meet “rough” key performance indicators (KPIs).

In some cases, staff sought to cut corners to meet targets by copy and pasting text from templates to fill reports sent to AUSTRAC. These staff were sacked immediately after the practice was detected, CBA confirmed.

Compliance with Australia’s money laundering laws has become a critical risk management issue for the big four banks. CBA was fined $700 million in 2018 after a lawsuit from the financial intelligence agency, the Australian Transaction Reports and Analysis Centre (AUSTRAC), alleged systemic breaches of anti-money laundering laws related to ATM machines that failed to set $10,000 limits on cash deposits.

Since its 2018 fine, CBA has sought to drastically scale up its financial crime capabilities has turned to contracting firms for assistance. All CBA staff are subject to an internal training program that lasts between two and 12 weeks, depending on the role, which multiple current and former staff have described as high quality.

CBA’s financial crime team is largely based in an office in Parramatta in Sydney’s west, but many also have clearance to work from home. The bank uses a technology system to track mouse movement to ensure workers are pro-actively meeting targets.

A CBA spokeswoman said the bank takes financial crime responsibilities seriously and works proactively with local and global regulators, confirming a “small number” of its financial crime team is employed on a contract basis.

“We currently employ over 2600 people to manage our financial crime risks and we expect this to grow to over 3000,” the spokeswoman said. “These contractors are subject to the same high level of due-diligence and on boarding as our permanent employees.”

The spokeswoman said AUSTRAC had publicly recognised CBA’s “renewed focus” on financial crime. “The bank continues to strengthen our systems and processes including investing more than $200m a year in people, systems and training for all of our employees on the role they play in detecting and disrupting financial crime.”

While the National Australia Bank has also used contractors to fill holes in its financial crime team, Westpac and ANZ both say they use only permanent staff in these teams. Multiple sources working in these teams claim this prevents high turnover and creates consistency in the approach to the role.

KPMG financial services expert Daniel Teper, who was speaking generally about the industry, said it was common for companies to use contractors for projects. “Contractors are sometimes necessary where you can’t necessarily find the talent yourself,” he said. “Often the use of a contactor can be used to put out a fire rather than a permanent solution.”

An AUSTRAC spokeswoman said the regulator does not take a position on employment arrangements used by reporting entities, adding KPIs can be used to set and monitor performance. “Reporting suspicious matters in a timely manner is of critical importance to the efforts of AUSTRAC and law enforcement partners.”