Dollar near one-month low on bets for later Fed taper

TOKYO – The dollar languished near a one-month low versus major peers on Monday, as investors pushed back expectations for when the Federal Reserve will begin tapering its massive stimulus.

The dollar index, which measures the currency against six rivals, edged 0.05% higher to 92.155, after dipping to 91.941 for the first time since Aug. 4 on Friday, when a closely watched U.S. labor report came out much weaker than expected.

The euro was flat at $1.18775 after matching the highest level since June 29 at $1.1909 at the end of last week. The single currency has been supported by expectations the European Central Bank, which meets Thursday, is close to tapering its own stimulus program.

The greenback edged 0.1% higher to 109.79 yen, still meandering in the middle of its trading range of the past two months.

U.S. nonfarm payrolls increased by just 235,000 in August, compared with a 728,000 median forecast by economists in a Reuters poll, as a resurgence in COVID-19 infections weighed on demand at restaurants and hotels, and stalling hiring. 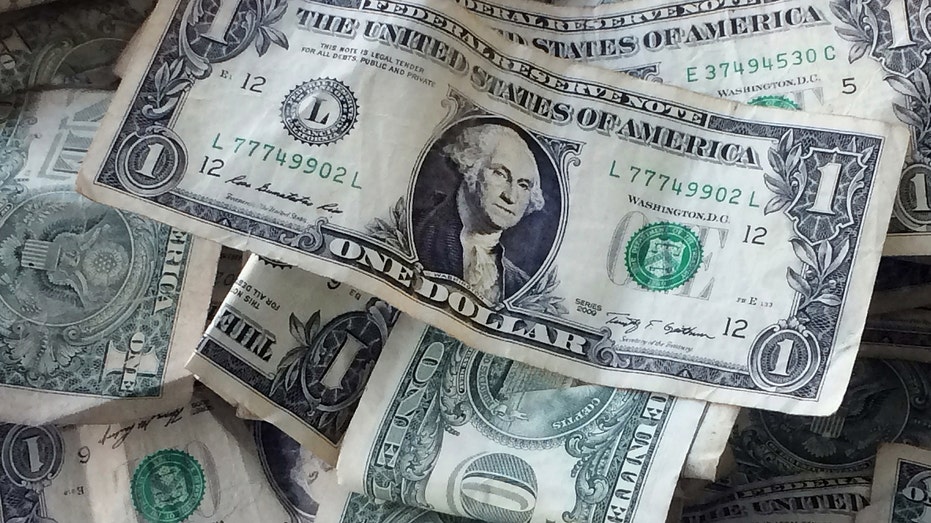 The dollar languished near a one-month low versus major peers on Monday, as investors pushed back expectations for when the Federal Reserve will begin tapering its massive stimulus. (AP Photo/Mark Lennihan, File) (AP)

The Fed has made a labor market recovery a condition for paring back its pandemic-era asset purchases.

Commonwealth Bank of Australia pushed back expectations for a start to tapering to December from October following the jobs miss.

"The U.S.'s deteriorating COVID situation will weigh on the USD because the situation is better elsewhere in the major economies," CBA strategists wrote in a client note.

Australia's dollar weakened 0.17% to $0.7435, but remained close to its highest since July 15 of $0.74775, touched in the previous session. The Reserve Bank of Australia decides policy on Tuesday.

National Australia Bank predicts the central bank will reduce asset purchases again at the meeting, "although the optics of tapering amid protracted lockdowns means it is likely to be a close decision," NAB analyst Tapas Strickland wrote in a report.

Following strong two-week rallies, both the Aussie and kiwi "appear to have firmly broken out of recent ranges," Strickland said.