‘Feels like a reckoning’: Tech humbled as US startup boom falters

Over the past decade, US technology startups grew so quickly that they couldn't hire people fast enough. 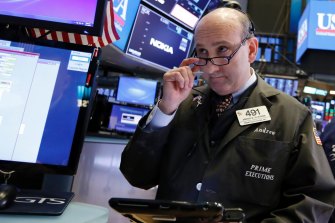 The tide is starting to turn for US startups.Credit:AP

"It feels like a reckoning is here," said Josh Wolfe, a venture capitalist at Lux Capital in New York.

It's a humbling shift for an industry that long saw itself as an engine of job creation and innovation, producing ride-hailing giant Uber, hospitality company Airbnb and other now well-known brands that often disrupted entrenched industries.

Their rise was propelled by a wave of investor money — about $US763 billion ($1.2 trillion) washed into startups in the United States over the past decade — that also fuelled the growth of young companies in delivery, cannabis, real estate and direct-to-consumer goods. Unlike low-cost software startups, these private companies frequently took on old-line competitors by spending heavily on physical assets and workers while losing money.

Now a pullback is unfolding in precisely the areas that drew the most hype.

Around the world, more than 30 startups have slashed more than 8000 jobs over the past four months, according to a tally by The New York Times. Investments in young companies have fallen, with 2215 startups raising money in the US in the last three months of 2019, the fewest since late 2016, according to the National Venture Capital Association and PitchBook, which track startups.

And those are not the only signs of change. Casper Sleep, which billed itself as the "Nike of sleep" by selling mattresses online, flopped when it went public this month. Once-hot companies like Lime, the electric scooter provider, have pulled out of some cities. Others, like e-commerce startup Brandless, game app HQ Trivia and electronics maker Essential Products, are on the verge of shutting down.

There are now "frantic mini-moments of panic, as one thing after another happens," said Roy Bahat, an investor at Bloomberg's venture arm in San Francisco.

"At some point, one rock after another will fall away from the cliff and we'll realise we're not standing on anything in many, many companies."

Many startups are sagging after a difficult 2019, when prominent "unicorns"— companies valued at $1 billion or more by private investors — fell flat on Wall Street. Uber and Lyft, which are losing billions of dollars a year, staged disappointing initial public offerings last spring. And WeWork, the office rental firm, pulled its public offering, ousted its chief executive and cut its valuation by 80 per cent late last year.

The retreats are being led by companies that were backed by SoftBank, the Japanese conglomerate with a $US100 billion Vision Fund for investing in startups. SoftBank bet big on companies like Uber and WeWork, as well as Colombian delivery startup Rappi and Indian hospitality startup Oyo. All have undergone layoffs in recent months.

"You can't build on top of something that's not strong," said Seth Besmertnik, chief executive of Conductor, a marketing business that WeWork acquired in 2018, which he and others recently bought back.

This month, SoftBank reported that its Vision Fund and other investments led to a $US2 billion operating loss in the last quarter of 2019. In a statement, it said some of its startups had acted "quickly and responsibly to make some difficult decisions to better position themselves for long-term success." 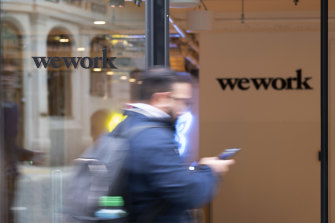 The pullback will probably not be as severe as the dot-com bust in the early 2000s, when dozens of unprofitable internet firms failed. Today, venture capitalists and other investors still have large pools of money to invest. And certain types of startups — like those that make tech for businesses and that typically have steady sales — continue raising large sums of money.

But in an industry known for irrational optimism, scepticism now abounds. In San Francisco, entrepreneurs are quietly sharing tales of skittish investors and a struggle to adapt to a new reality. Spreadsheets of freshly unemployed workers are circulating on social media.

Startups that once touted fast growth are changing their tune. Brad Bao, chief executive of Lime, wrote in a blog post last month that his scooter company was withdrawing from 12 cities and had shifted its "primary focus" to making a profit.

"Firms that were spending money in an uneconomic way can't do it any longer," said Steven N. Kaplan, a professor of finance and entrepreneurship at the University of Chicago.

More workers are questioning the promises from startups, Kate Bratskeir said. She knows — she lost her job at a startup twice in 12 months. A year ago, Ms Bratskeir, 30, was laid off from her job as a writer at Mic, a digital media startup in New York that failed to turn a profit. In November, she was again let go, this time from a marketing job at WeWork.

"People are becoming more critical and sceptical before just joining the party," said Ms Bratskeir, who received severance from both companies and is now working on a book about sustainable food shopping.

Some startups are even laying off the robots. Last month, Café X, which operates robot coffee shops and raised $US14.5 million in venture funding, closed three stores in San Francisco. Henry Hu, its chief executive, said in an email that the company had "learned everything we could" from the shops and now planned to "laser focus" on airports, where it has two stores.

A bounce back does not appear likely soon. When Casper — which raised more than $300 million in venture capital — went public this month, its stock promptly plummeted. That served as a warning to other high-profile startups that are expected to go public this year, including Airbnb and DoorDash, the food delivery company. Both companies are losing money.

Perhaps the most drastic turn has happened among cannabis startups, which rode a wave of exuberance in recent years as countries like Canada and Uruguay and several US states loosened laws that criminalised the drug. Last year, more than 300 cannabis companies raised $US2.6 billion in venture capital, according to PitchBook.

Then in mid-2019, investors started doubting whether the industry could deliver on its lofty promises when some publicly traded cannabis companies were tarred by illegal growing scandals and regulatory crackdowns. Startups like Caliva, a cannabis producer; Eaze, a delivery service; and NorCal Cannabis Co., another producer, have together cut hundreds of members of their staffs in recent months.

"A lot of companies are not going to make it through this year," said Brendan Kenney, chief executive of Tilray, a cannabis producer that went public in 2018. Mr Kenney said he was stopping spending on new projects to survive the shakeout.

Even a startup named Unicorn hasn't been spared. The company, which sold personal electric scooters, raised just over $US150,000 last year from investors. But it quickly spent the cash on online ads and got just 350 orders, said Nick Evans, its founder.

In December, Unicorn said it could not afford to deliver any scooters and shut down. Evans ended up giving some customers refunds with his own money, he said.

He added that he was building a new company. While he declined to specify what it would focus on, he allowed that there would be a major difference this time: The startup, he said, had to be profitable from the beginning.