‘Framing the downside’: All eyes on CBA as market hones in on outlook

Commonwealth Bank is poised to deliver exceptionally healthy full-year results this week, but analysts and investors warn the numbers will largely be “in the rearview mirror”, as they set their sights on the lender’s forecasts for the year ahead.

The country’s largest bank will release its full-year results on Wednesday, amid a tightening monetary policy that has seen the Reserve Bank of Australia raise interest rates for four successive months. The big four banks have passed on all the RBA’s rate rises to variable home loan customers, while the increase in deposit rates has been more limited. 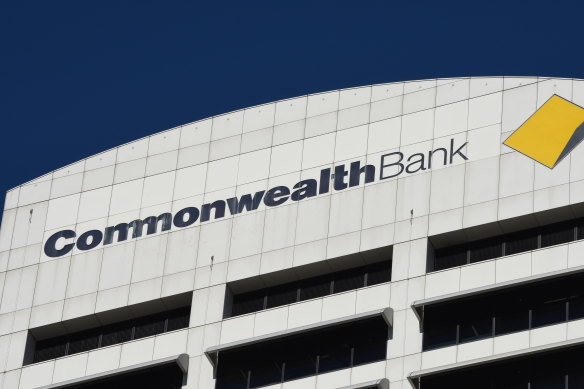 Tribeca Investment Partners portfolio manager Jun Bei Liu said she was expecting to see good margin expansion, improvement across return on equity and reasonable credit growth from CBA. But she said she was more interested in the bank’s commentary on its outlook.

“I think for the market, the issue is that all of these results are being pretty much in the rearview mirror,” she said. “It’s really about the commentary about how they see the credit growth and some of those things going forward, what they see in the underlying market at this point, rather than what the result is indicating. That’s going to be very important.”

She said guidance on the net interest margin outlook would be key, and would likely drive the share price movement. Net interest margins compare funding costs with the rates at which banks lend. The next six to 12 months will see the full impact of interest rate rises, Liu said, given many fixed rate mortgages will roll off during this time.

Liu said that CBA trades at a significant premium to the rest of the banks because it has outperformed the sector, and investors will need to see that momentum continuing.

“Now clearly, there’s flight to quality. So for this business to maintain its premium, it’s incredibly important for it to demonstrate leadership, [and that] it’s above the system growth,” she said. “So if they disappoint on some of those growth stats, the share price will come off quite meaningfully because it is at such a premium.”

Atlas Funds Management senior portfolio manager Hugh Dive said CBA’s results were an important feature of the earnings season because of the detail the bank provides about the broader state of the Australian economy.

Dive said he will be looking closely at CBA’s net interest margin and the loan losses. He predicted there would not be much margin expansion, and less loan losses than others are predicting.

“Historically, banks have done quite well in that rising rate environment, we’ve seen a decade of headwinds from rates falling. We think that the loan losses will be less than many are forecasting,” he said.

“The previous cycles have been with much higher levels of unemployment and significant corporate collapses. High levels of employment will mitigate against bad debts at the levels seen in other tightening cycles, such as 1991 and 2008.”

Morgan Stanley equity analyst Richard Wiles said in a note that he expected a good second-half result for CBA and an “even better near-term earnings outlook”, but flagged commentary on margin tailwinds, loan growth prospects and the economic outlook as key issues.

Goldman Sachs analysts said they expected the market to focus on any updated commentary about the leverage of the banks net interest margins to cash rate rises. They expect CBA to pay a 205 cents per share fully franked final dividend.

“For us, the key focus will be around how CBA frames its downside and severe scenarios as part of its expected credit losses modelling, which we suspect will need to shift from scenarios based around covid-lockdowns, to be more focused around stagflation,” they said.

He said they expect a mixed result from CBA, with strong loan growth and immaterial loan losses. He predicted a slight net interest margin decline in the second half, but an improved margin in the fourth quarter with the early benefits of rate rises.

The main area of focus will be on net interest margin outlook commentary, he said, with CBA possibly giving more specific guidance on rate leverage. He said they would also be looking for any early signs of stress in the books from rising interest rates.

In February, the bank beat expectations with 23 per cent growth in cash profit, unveiling a higher-than-expected dividend and announcing a $2 billion share buyback.

Other major companies set to release their results this week include Suncorp on Monday, Telstra and Woodside Energy on Thursday, and IAG on Friday.