But hopefully they — and the finance industry at large — can learn lessons from the scandal that ensued. 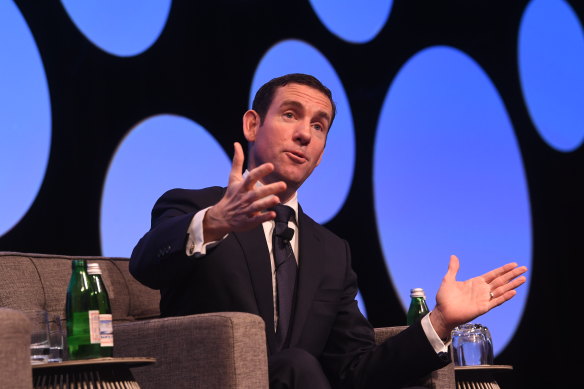 The downfall of Lex Greensill’s Greensill Capital contains a lot of lessons for the financial world.Credit:Peter Braig

Greensill’s charm, self-belief and supposed skill at turning the staid business of supply-chain finance into a booming source of cash had Softbank and Credit Suisse seeing dollar signs, as Duncan Mavin’s new book about the saga — The Pyramid of Lies — reveals.

For Son, whose Vision Fund dragged SoftBank to a recent record loss, taking an ownership stake in Greensill was meant to be a fintech home run. Here was a firm claiming to mix old finance with new data tricks, growing at breakneck speed and with apparently enough cash to prop up dreams such as investing in a new $US34 billion ($48.5 billion) city in Borneo.

For Credit Suisse, which was desperate to pivot away from financial trading and towards repeat revenues from high-net-worth individuals, investing client money in Greensill assets was a way to join an influential billionaire network and deliver big returns in a low-interest-rate world.

Unfortunately, Greensill Capital was built like a house of cards and collapsed when COVID-19 hit. Revelations of reckless lending and dodgy conflicts of interest scared investors and insurers away. The money ran out, Son’s prized “fintech” unicorn was soon worthless, and Credit Suisse’s wealthy clients were billions in the red.

There will be doubtless more revelations to come as Credit Suisse prepares a legal claim against SoftBank in the hopes of recouping up to $US3 billion — one of several legal battles that will take years to resolve. SoftBank has called claims that it diverted money owed to the bank’s clients “desperate”.

Yet Mavin’s book makes clear that the cast of characters pulled into Greensill’s orbit have serious work to do to minimise the risk of a similar blow-up happening again one day. Many backers seemed all too eager to buy what the ego-driven, larger-than-life financier was selling, and they didn’t always do their homework. The book delights in exposing Greensill’s ludicrous affectations, including an oversized business card straight out of the film American Psycho.

“I think there are plenty of other Greensills waiting to happen and far too few people willing to do the right thing,” says Mavin.

Infectious hype is a recurring theme in the saga. Greensill rose at a time when retired bankers were joining start-ups instead of playing golf, and when low interest rates were pushing investment firms into riskier waters. The marketing pixie dust of the “fintech” label averted a lot of eyes to the reality that high growth and high returns in finance rarely come without high risk. As valuations across fintech fall, it’s not just SoftBank that’s in need of a reminder. 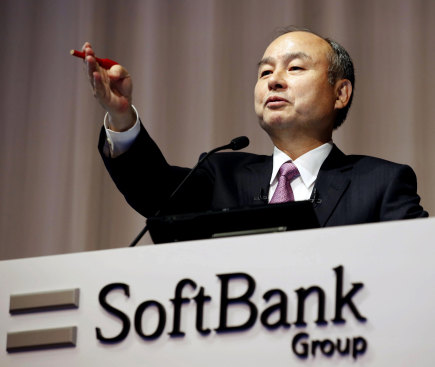 SoftBank’s Masayoshi Son was among the high-flyers caught up in the Greensill scandal.Credit:AP

The hype also led traditional financial firms that bought into Greensill, often on the strength of his slick pitch and connections, to ignore internal red flags. That’s what brought about an internal crisis at asset manager GAM over its mounting exposure to Greensill. Credit Suisse’s supply chain fund, meanwhile, arguably outsourced too much decision-making to Greensill, and at one point didn’t even apply its own rules on the fund when it came to credit insurance — a key part in Greensill’s downfall.

Regulators will have to show they can keep tabs on markets that appear safe and reliable, as they may be hiding significant risks. Supply-chain finance is a business as old as banking, but it has been exploited by super-fast-growing firms taking advantage of opacity and favourable accounting rules. By the end, Greensill wasn’t merely helping suppliers get paid early by using invoices as collateral, but getting financed on theoretical future business.

New US accounting standards starting next year that require more transparency in supply-chain finance will hopefully inject more confidence into the industry.

“I think there are plenty of other Greensills waiting to happen and far too few people willing to do the right thing.”

And with governments playing a bigger role in business since the pandemic — even in traditionally laissez-faire UK — politicians and their lobbying activities need to be held to a higher standard. Had David Cameron succeeded in his intensive efforts to get government support for Greensill — which Mavin humorously describes as an attempt by the former British prime minister to prove his own worth to Lex — the British taxpayer might have been worse off.

Years of legal wrangling still await those caught up in the Greensill scandal. But as bankers, techies and those who regulate them hit the beach this summer, this might be the time to brush up on how this pyramid of lies was built. It could be built again one day.