Prime Minister Scott Morrison this week unveiled a controversial policy to allow first-home buyers to withdraw up to 40 per cent of their balance, with a cap of $50,000, to go towards funding a house deposit. 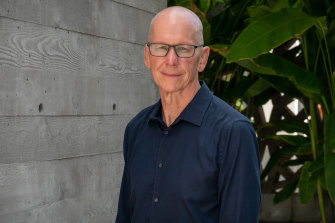 Investor Geoff Wilson says the super-for-housing policy will give Australians another option for entering the market. Credit:Juanita Wilson

The policy has attracted criticism, including from independent economist Saul Eslake, who said it risked pushing up house prices, which have seen record increases in recent years as cheap credit and stimulus have buoyed the market.

Wilson dismissed those concerns, saying he was not bullish on the outlook for housing because rising interest rates would reduce demand and put downward pressure on prices. “The next 12 months are going to be a pretty challenging period for the performance of property and equity markets as well,” he said. “The only impact [super-for-housing] may have is reducing the magnitude of the fall in property prices.”

Wilson said property ownership was a core value for Australians and houses had increasingly become unaffordable for many people, adding first-home buyers should seek advice about the impact on their retirement savings.

“Australians have been brought up with the dream of owning your own home. I think that’s an important driver for young aspiring Australians. To me, the more options that are available the better,” he said.

AustralianSuper chair Don Russell on Monday said the scheme would leave retirees worse off because residential property returned on average less than half the amount compared to balanced super portfolios.

Wilson said this was a “fair point” but Australians should be able to make up their own choices about their finances. “The logic of super is the ability to fund your retirement,” Wilson said.

Once the property is sold, the scheme allows for the cash withdrawal and a share of capital gains to be re-invested into superannuation. Wilson said this was an “incredibly efficient” proposal.

“It’s killing two birds with one stone – allowing an additional asset class to be put into your super fund, residential property, and helping with the affordability problem.”

Industry Super Australia chair Greg Combet earlier this week warned of potentially higher fees if super funds are straddled with higher administration burdens from processing the scheme, and lower returns from being forced to invest in more defensive asset classes.

Wilson said super funds had managed to deal with the early release scheme during COVID-19 without pushing up fees.

Wilson was a vocal opponent of Labor’s franking credits policy during the 2019 election and this week started a roadshow travelling around the country to meet with shareholders.

He said many people had raised concerns with him about the potential for Labor to introduce a “retiree tax by stealth”, despite the party ruling out any such policy in January.

Wilson has sent letters to both Labor MP Stephen Jones and Super Minister Jane Hume asking them to confirm a range of super policies will not be introduced, including changes to the work test, downsizing contribution or tax benefits.