New York (CNN Business)JPMorgan Chase CEO Jamie Dimon is bullish about the economy, but he remains concerned about the growing wealth gap, particularly for Black people, in the United States.

“The American dream is fraying and income inequality is like the fault line,” Dimon said in an interview with David Axelrod, the founder and director of the University of Chicago Institute of Politics and senior political commentator for CNN, for The Axe Files podcast earlier this week.
Dimon’s interview took place before JPMorgan Chase (JPM) reported its first-quarter earnings on Wednesday. The JPMorgan Chase chief told Axelrod that the good news for many Americans is that the economy is getting better — in part due to stimulus from the federal government.

“The consumer today has a tremendous amount of money, mostly from stimulus and unemployment checks, et cetera. Their balance sheets are in very good shape. Their confidence levels are going up,” Dimon said, adding that homeowners and people with stock portfolios are benefiting the most.

“There’s going to be a little bit of a euphoria coming out of the pandemic,” he said. “That will definitely, in my view, fuel a very strong economy for years.”

Dimon said he was optimistic that the US could be in a “Goldilocks scenario” for several years, in which inflation and long-term bond yields rise but “in a measured way.” So he’s not worried the Federal Reserve will have to slam the brakes on the economy and raise short-term rates. 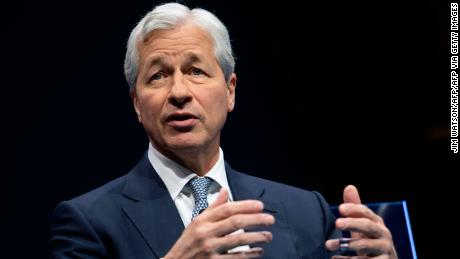 But Dimon did not mince words when discussing the many challenges faced by the nation’s poor — as well as the continued injustices that Black Americans are enduring.
The May 2020 death of George Floyd after former police officer Derek Chauvin placed his knee on Floyd’s neck “highlighted racial inequality that’s been there for hundreds of years,” Dimon said, referring to the killing as “murder” several times during the interview. Chauvin is currently on trial.
Dimon addressed many of these societal and racial concerns in his annual shareholder letter earlier this month as well.
He said in the interview with Axelrod that the bank is committed to spend more to help Blacks get jobs and finance affordable loans for housing. He added that JPMorgan Chase is also lending more to Black-owned small businesses and looking to hire and train more minority wealth managers.
Dimon also told Axelrod that there are “serious problems” in the US, including infrastructure, education and health care.
“America is exceptional. America has an unbelievable hand. But we need to do something to fix these problems,” he said.
“The only way you’re going to fix it is to attack it at a very detailed level. Business can do its share. Government obviously is critical to doing this right, because businesses can’t do it by itself,” Dimon added. “But I think it’s time to attack it.”
He also supports raising the minimum wage to “a much higher number” and endorsed the idea that the nation’s richest individuals should pay more in taxes to help fund these programs. It’s something that mega-billionaire Warren Buffett has talked about for years.
But Dimon said he was against significant tax hikes on many businesses.
“If you’ve got to raise taxes, do it on the income of the wealthy, like a Buffett type of tax. That will be far more effective in growing the economy than taxing primary capital formation,” he said. 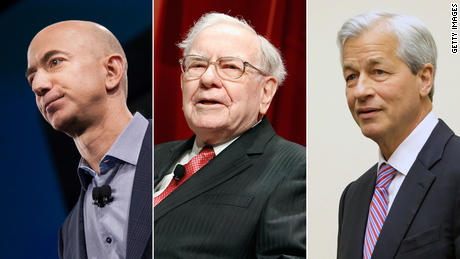 Speaking of Buffett, JPMorgan Chase had hoped to address the health care issue more directly through a partnership with Buffett’s Berkshire Hathaway (BRKB) and Amazon (AMZN). But the joint venture, dubbed Haven, shut down in February after just three years in existence.
“We didn’t really need the three of us to do it,” Dimon admitted to Axelrod, adding that legal restrictions for banks made it harder at times.

But Dimon is not giving up on coming up with a solution to make health care more affordable for Americans.
“We haven’t given up this one. We’re going to take another crack at it,” he said. “I’ve learned more about health care than I’ve ever wanted to.”
Source: Read Full Article