A group of some of the most senior investment bankers in the country have been committed to stand trial on criminal charges over an alleged capital raising cartel.

The landmark case relates to allegations ANZ Bank, Citigroup, Deutsche Bank acted in a cartel while executing a $2.5 billion capital raising by ANZ in 2015. 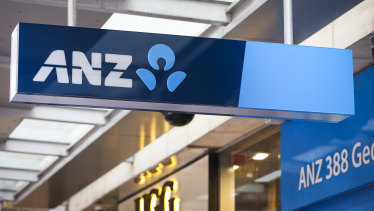 Six individual bankers have also been committed to stand trial and face maximum jail terms of 10 years or fines of up to $420,000 if they are found guilty.

For corporations, the maximum fine for each criminal cartel offence is the greater of $10 million, or three times the total benefits that have been obtained and are reasonably attributable to the commission of the offence. If the total value of the benefits cannot be determined, then the court can fine the company as much as 10 per cent of its annual turnover from Australian operations.

The case will be heard in the Federal Court at a date to be set.

The charges were laid in 2018 following an investigation by the competition watchdog into the controversial capital raising. The investigation was sparked by one of the alleged members of the cartel, JPMorgan, self-reporting to the Australian Competition and Consumer Commission. JPMorgan's decision to self-report on the alleged cartel it was involved in ahead of any other members of the cartel self-reporting meant the US investment bank was able to obtain immunity from prosecution.

The ACCC alleges the cartel was formed during the capital raising for ANZ in 2015 when the bankers were faced with a shortfall of $791 million after the raising was botched by the banks.

As the three international investment banks, Citi, Deutsche and JPMorgan had underwritten the placement, they were forced to take up more than 25 million of ANZ's unsold shares and sell them at a later date.

The ACCC alleges the bankers agreed over telephone calls following the raising over how these excess shares would be offloaded on the market to keep a floor under ANZ's share price.

The banks and the bankers are all defending the charges and have denied the allegations.