Magellan says it ‘must do better’ as profits slip, Douglass leaves with $8m

The chair of embattled listed fund manager Magellan has acknowledged the firm has work to do in regaining the trust of clients and will have to sharpen its investment processes after it reported a slip in profits.

Magellan’s full-year results released on Wednesday also revealed the firm’s founder Hamish Douglass, who left the fund manager after an extended period of medical leave, received more than $8 million in remuneration in the last financial year, including almost $2.5 million in termination benefits. 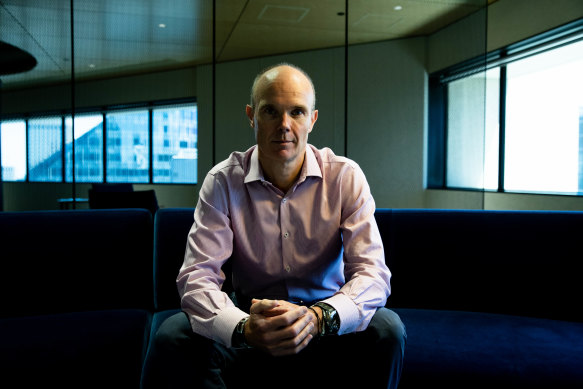 Hamish Douglass received more than $8 million in remuneration in the last financial year, including almost $2.5 million in termination benefits.Credit:Janie Barrett

It was announced in June that Douglass, who was the firm’s star stock picker since he co-founded the company in 2006, had resigned and would take up a consultancy role with the company starting in October.

Magellan is trying to turn around its performance after a tumultuous period, which included the exit of Douglass, the abrupt departure of a former chief executive last year, and clients pulling billions in funds.

The company’s share price dropped by 6.7 per cent at the open of trade on Wednesday following the release of their results for the 2022 financial year.

The fund manager declared a dividend of 68.9 cents for the six months to June 30, bringing the total dividend for the financial year to 179 cents which will be paid to shareholders on September 6. This compares with 211.2 cents per share the year before.

Funds under management decreased by 46 per cent over the financial year to $61.3 billion, which the company said included investment losses of $2.3 billion and net outflows of $49.5 billion. A total $44.2 billion in institutional net outflows was recorded, with the largest contributor being the loss of the St James’s Place mandate in December of $23 billion.

Chairman Hamish McLennan said it had been a difficult 18 months for the company and he recognised the need to improve the performance of Magellan’s underperforming flagship global equities fund.

“We recognise that our Global Equities Strategy has underperformed relative to the market over the past 18 months and that we must do better. Magellan has built a reputation for protecting investor capital and generating wealth over the long-term and, whilst we will stay true to our investment philosophies and disciplined investment approach, we are extremely focused on sharpening our investment processes to deliver the investment performance for which we are known.”

The results are the first delivered by new chief executive David George, who started in the job several weeks ago. He said in a letter to shareholders that changes to Magellan’s leadership team and personnel, as well as relative underperformance of the global equities fund, had impacted client confidence and contributed to a declining funds under management and profitability.

“I acknowledge that this year’s events are not what you would have expected,” he said.

George said he was undertaking a “detailed review” of the business to identify areas of improvement in the funds management business and to formulate a strategy which he will share with shareholders in October.

Magellan’s struggles also come amid a rocky time for listed funds managers more broadly, which have suffered outflows of funds, amid stiff competition and growth in alternative asset classes outside equities.

This month, Morgan Stanley analyst Andrei Stadnik underlined the challenges created by fund outflows for Australian asset managers, as he cut his forecast the sector’s 2023 financial year profits by 10 to 30 per cent.