Salary packaging and novated leasing operator McMillan Shakespeare flagged challenging conditions bus including Brexit and competition in the asset management market as it reported a one per cent drop in revenue for the first half of the year.

The business, which offers a variety of asset management, fleet management and corporate finance services, recorded a 10 per cent drop in underlying net profit after tax and acquisition amortisation of $37.8 million, compared with $42.1 million at the same time last year. 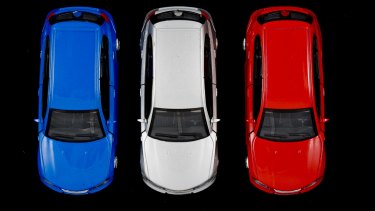 McMillan Shakespeare flagged a strategic review of its operations in the United Kingdom after the business ended the half with an underlying loss of $700,000.Credit:Louis Douvis

In a presentation to investors, the company flagged a strategic review of its operations in the United Kingdom after the business ended the half with an underlying loss of $700,000. The conditions were "in part due constrained economic conditions and uncertainty associated with the UK general election and Brexit," managing director Mike Salisbury said in a statement on Wednesday morning.

McMillan Shakespeare's Australian and New Zealand asset management services segment had a decline in underlying net profit of 21.7 per cent, to $5.9 million. The "disappointing" result occurred due to a "highly contested and flat market", management said.

The group's salary packaging and novated lease segments were brighter spots, with salary packages up 5.6 per cent and leases up close to 10 per cent compared with the same period last year.

The business reiterated underlying net profit guidance of between $83-87 million for the full year, though flagged that financiers have a lower risk appetite than previous years and that new car sales are slowing in Australian, which could present a risk to numbers.

First half earnings also saw the company have to account for $3.1 million in legal costs relating to a class action brought against the business by customers around warranties for used vehicles.

The company will deliver a fully-franked 34c dividend for the half, to be paid on March 5.