China Evergrande Group has only days to unveil its restructuring plan, but even if it meets the deadline, the embattled property developer faces a new and considerable hurdle: A young, politically connected investor who wants to wind down the company unless he gets his money back fast.

A business tied to Lin Ho Man, who only a few years ago graduated from the University of California Irvine, filed a petition in Hong Kong to wind down Evergrande if it doesn’t repay HK$862.5 million ($158 million). Having the suit withdrawn or dismissed has become a requirement for the developer’s shares to resume trading. 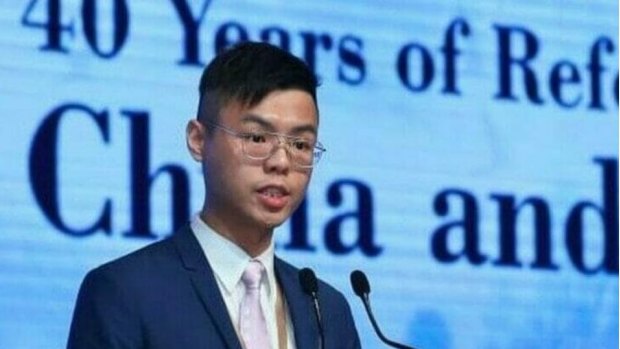 The lawsuit is the first of its kind for Evergrande, which has more than $US300 billion ($430 billion) of debt and is at the centre of China’s real estate crisis. The company has defaulted on bonds, failed to deliver properties on time and been sued by hundreds in the mainland seeking to gain control of assets. But none of these attempts has gone so far as asking for a winding down of the Shenzhen-based company.

Creditors in Hong Kong may join the suit to demand quicker repayment as Evergrande’s restructuring could take months or even years, according to Gordon Tsang, a partner at law firm Stevenson, Wong & Co. Some of them might also worry that the developer will fail to honour the agreement, he added.

“The winding-up petition can have a significant impact on Evergrande’s coming restructuring plan,” adding pressure and costs for the company, Tsang said.

Evergrande will oppose the lawsuit “vigorously,” and, should it lead to a wind up, any asset disposal will be void unless approved by the court, the developer said in June.

Lin, who didn’t respond to calls for comment, was born in 1992, according to a regulatory filing, but already has an extensive array of investments. He’s chairman and executive director of HKE Holdings, a firm with fintech and medical-equipment businesses in which his holding company acquired a majority stake last year. Originally from China’s southern Guangdong province, he’s also the founder of financial-services firms, including Monmonkey Group Securities and Ever Royal International.

In Hong Kong, Lin is a member of the elite election committee voting for the city’s chief alongside property tycoons Adrian Cheng and Adam Kwok. He serves as a member of a data-privacy body, is a director at a local hospital group and an honorary director at the University of Hong Kong’s foundation. He also holds top roles at several youth associations.

Lin got involved in Evergrande last year, when his company Top Shine Global and another firm he’s a guarantor of invested in its online car-sale platform, FCB Group.

Top Shine invested HK$750 million in FCB in March 2021 with other firms including Citic Capital Holdings and a vehicle owned by the billionaire Cheng family of Chow Tai Fook Jewellery Group. The share sale raised HK$16.4 billion, with the expectation that the company would complete an initial public offering within the next year. 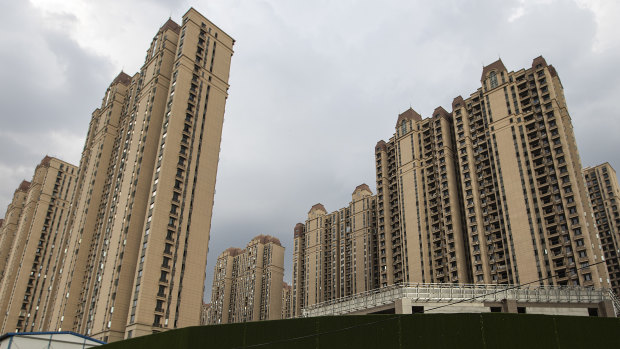 The lawsuit is the first of its kind for Evergrande, the fallen property giant at the centre of China’s real estate crisis.Credit:Getty

The terms also stipulated that backers could request a repurchase of their stake with 15 per cent interest should the IPO not go through in the given timeline. In a June 2021 amendment, Evergrande founder Hui Ka Yan personally agreed to fulfil that obligation for 10 of the investors — although Top Shine wasn’t among them.

A preliminary hearing is scheduled for August 4 in Hong Kong, followed by another one at the end of the month unless Top Shine withdraws the case.

The requirement to have Top Shine’s lawsuit withdrawn or dismissed is just one of Evergrande’s woes. For shares to resume trading in Hong Kong — they’ve been halted since March — the company also needs to publish all its outstanding financial results and resolve a 13.4 billion yuan ($2.85 billion) pledge at its property-services unit that last week led to the forced resignation of Chief Executive Officer Xia Haijun and Chief Financial Officer Pan Darong.

The builder has been struggling to sell assets to raise cash, and Chinese authorities have urged Hui to use his own money to alleviate the crisis. His net worth has dropped almost $US36 billion from a high in 2017 and stood at $US6.1 billion when the shares were suspended, according to the Bloomberg Billionaires Index.

While Evergrande’s debt restructuring plan is expected by the end of the month, some of Hui’s wealthy backers have already headed for the exits. Chinese Estates Holdings, controlled by Hui’s poker pal Joseph Lau and his wife Chan Hoi Wan, offloaded almost all of its stake in Evergrande. China Strategic Holdings, where the Cheng family is a major shareholder, sold stock in the electric-car unit in September after being a backer of the group since 2015.