Diamond Offshore (DO), which was posting losses even before the current plunge in oil prices, filed for bankruptcy protection Monday. As its name suggests it conducts offshore drilling with 15 rigs working for Hess, Occidental (OXY), Petróleo Brasileiro and BP (BP).
Diamond lost $357 million last year — nearly twice the loss it posted in 2018 — as revenue fell 12% to just under $1 billion. It has posted losses in four of the last five years, with only a narrow profit of $18 million in 2017. Over the last five years its losses total $1.2 billion.

The company had nearly $2 billion in long-term debt on its balance sheet as of Dec. 31, and only $156 million in cash. Diamond employs 2,500 workers.
The price of oil has plunged in recent months because of a sharp drop in demand: The stay-at-home orders around the world have resulted in far less driving and air travel. At one point last week oil futures turned negative as investors worried there wouldn’t be enough room to store the oil that is being produced. As a result, drilling for new oil has essentially ground to a halt.

“After a careful and diligent review of our financial alternatives, [we] concluded that the best path forward for Diamond and its stakeholders is to seek chapter 11 protection,” said CEO Marc Edwards. “Through this process, we intend to restructure our balance sheet to achieve a more sustainable debt level to reposition the business for long-term success.” 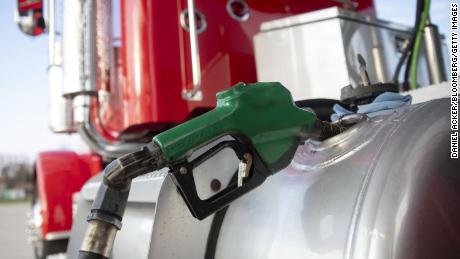 According to BankruptcyData.com, this is the fifth publicly traded oil company to file for bankruptcy in just the last 30 days. Many more oil bankruptcies are expected to follow.
The largest to file so far is Whiting Petroleum (WLL), which filed bankruptcy on April 1. Whiting was once a rising star in the shale industry, with $1.6 billion in sales last year. But like Diamond Offshore, Whiting had posted a net loss in four of the last five years.
Source: Read Full Article