On the hot seat: Being a European bank CEO is not for the faint-hearted

There's only so much that new blood can do to fix the troubles afflicting European banks.

The abrupt changing of the guard at Credit Suisse Group this week and the disclosure that UBS Group is seeking a successor to Chief Executive Officer Sergio Ermotti extend what's already been an extraordinary run. HSBC Holdings, ABN Amro Bank and Royal Bank of Scotland Group, not to mention Nordic lenders caught up in money laundering scandals, have all hired new chiefs in past months or are looking to do so. 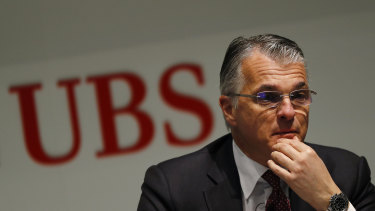 UBS is hunting for a successor for chief executive Sergio Ermotti.Credit:Stefan Wermuth

The turnover has yielded a fresh cast of characters to confront the same challenges: Interest rates at or near record lows as economies sputter; digital competitors that take away traditional banking business; US giants who are benefiting from higher interest rates. If that wasn't enough, politicians on both sides of the Channel are keeping Brexit tensions turned up, threatening to make an already fragmented banking market even harder to navigate.

"You have to be pretty hard-boiled to become a bank CEO right now," said Andreas Plaesier, a bank analyst at Warburg Research in Hamburg. "It's about scaling back businesses and finding savings to bolster profits. You may be successful on that front, but it's not exactly fun."

Despite all the talk about cross-border consolidation and investment in technology, cost cutting has so far been the main tool for executives to respond to the challenges. HSBC is set to write the next chapter in the dispiriting saga on Tuesday, when it unveils its third major overhaul in a decade – and possibly a new CEO – in an effort to get its costs in line with shrinking revenue.

That follows Royal Bank of Scotland's effort Friday to move beyond its troubled past by ditching its three-centuries-old handle. It's still a ward of the government following a gigantic bailout in 2008 but will soon be known officially as NatWest Group.

The rebranding was part of the inaugural plan by CEO Alison Rose — the only woman among the new cadre of bank chiefs — to turn things around. Her recipe also includes taking the hatchet to the markets business and stepping up cost cuts to address, in language dozens of other CEOs have used, "challenging market conditions."

The experience of Deutsche Bank's Christian Sewing highlights the scale of the task for this generation of bank chiefs. After trimming around the edges and talking with Commerzbank about a possible merger, Sewing finally bit the bullet, announcing a plan last year to eliminate 18,000 positions.

Across the industry, announced job cuts last year were the highest since 2015, with banks in Europe accounting for almost 82 per cent of the total. Since 2014, when rates in Europe turned negative, the total job cull has exceeded 425,000, and that figure doesn't include smaller layoffs that often aren't disclosed.

"Sadly we're going to be dealing with negative rates and a weakening economy for a while longer," said Patrick Sutschitsch, who counts bank bonds among the 10 billion euros ($16.1 billion) he helps manage at Gutmann KAG in Vienna. "Of course it's more fun to be a CEO during an economic upswing rather than in times where you have to look for savings wherever you can find them." 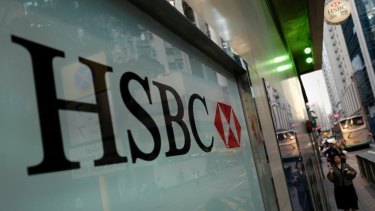 HSBC is set to announce its third major overhaul in a decade.Credit:AP

Even at firms that have the bulk of their cuts behind them, costs remain a key focus as the outlook for a weaker economy and continued negative rates forces many of them to lower their targets. UBS last month started slashing hundreds of jobs in wealth management, in the biggest shakeup of the unit since Ermotti made it the centerpiece of his strategy almost a decade earlier.

UBS is now formally seeking internal and external candidates to replace Ermotti, people with knowledge of the matter said. One of Europe's longest-serving bank CEOs, Ermotti recently cut the bank's targets for a second time in as many years. He has briefed executives that he plans to step down this year, the people said.

At crosstown rival Credit Suisse, Thomas Gottstein on Friday became the first Swiss CEO in almost two decades as he replaced Tidjane Thiam, a native of the Ivory Coast. While the circumstances of Thiam's ouster were different – he stepped down over the fallout from a spying scandal – he, too, had to lower a key financial target last year.

For all the turbulence buffeting European banks, no franchise is more exposed than HSBC, which does most of its business in Greater China, where commerce has been derailed for weeks now due to the coronavirus. That's not its only headache in China, as the bank has been caught up in the tension between Washington and Beijing over Huawei.

At home, it faces the headaches thrown up by Brexit. Even if the process goes smoothly, the capital markets are likely to splinter, throwing up hurdles to borrowers, lenders and investors.

HSBC's interim CEO Noel Quinn was elevated when John Flint was abruptly fired in August. While analysts have pointed to him as the front-runner, insiders say Chairman Mark Tucker is looking for someone with broader experience.