Insurance giant QBE has warned that climate change poses a material threat to its business and the entire economy after booking a $300 million hit to revenue due to unusual weather events.

The insurer reported a one per cent drop in revenue to $22.6 billion in its full year results on Monday. Profit after tax was up by 41 per cent as QBE sold off a suite of assets including its insurance operations in Indonesia and the Philippines, Australian livestock-in-transit businesses and personal lines business in North America. The net profit after tax was $818 million compared to $580 million the previous year. 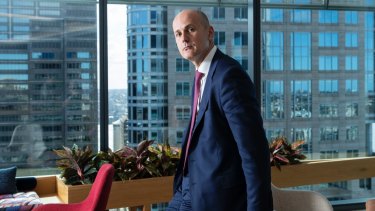 In a statement filed alongside the results, QBE chief executive Pat Regan said tensions in the global economy from low economic growth and protectionist trade policies were having an impact on the QBE. But like other major insurers, Mr Regan said climate change was the most pressing issue for the company.

"What we perhaps feel most profoundly though, is the challenge that climate change presents to our customers and indeed the whole economy," Mr Regan said.

"Globally, the economic cost from natural disasters have now exceeded the 30-year average for seven of the last 10 years, while the number of extreme weather events globally has tripled since the 1980s."

Overall, the group reported an underwriting loss of $2.98 million compared with an underwriting profit of $714 million las year, equating to a combined operating ratio – which compares claims and other expenses to total premiums, and is a key measure of profitability – of 100 per cent, compared to 95.9 per cent the previous year. A ratio of above 100 per cent indicates the underwriting activity is unprofitable.

QBE said its bottom line was also affected by the British government's decision to increase the amount paid out to people who are seriously injured in accidents, known as the Ogden discount rate. In July last year, the UK government reset the rate's calculation in a move that is likely to cost the insurance industry millions and could lead to higher motor insurance premiums. The move was berated by the sector as share prices plummeted.

The earnings per share for 2019 is 62 cents, compared to 43 cents last year and the franked dividend per security paid out 27 cents.