At the Romanian Black Sea port of Constanta dockers have worked for months to ship out Ukrainian grain in addition to their usual loads from Romania and its land-locked neighbors.

Shipments arrive constantly. The grain, which is poured onto conveyor belts in Constanta terminals, makes the air smell sweet and covers workers seeking shade under the steel silos in a fine layer of golden dust.

The export route is one of the few left open to Ukraine, which before the conflict with Russia was one of the world's top grain suppliers. Exporters have shipped 1.46 million tonnes of Ukrainian grain through Constanta since Russia invaded the country in February and the war halted shipments from Ukraine's own Black Sea ports.

The first grain-carrying ship to leave the Ukrainian port of Odesa since the war began under a safe passage agreement sailed on Monday. Operators in Romania expect they will continue to ship Ukrainian grain as it will take time to fully implement that deal.

The grain arrives by road, rail or barge from Ukraine's Danube river ports of Reni and Izmail.

The safe passage deal has been seen as a glimmer of hope in a worsening global food crisis. Turkey, which brokered the deal together with the United Nations, expects roughly one grain ship to leave Ukrainian ports each day as long as the agreement holds. 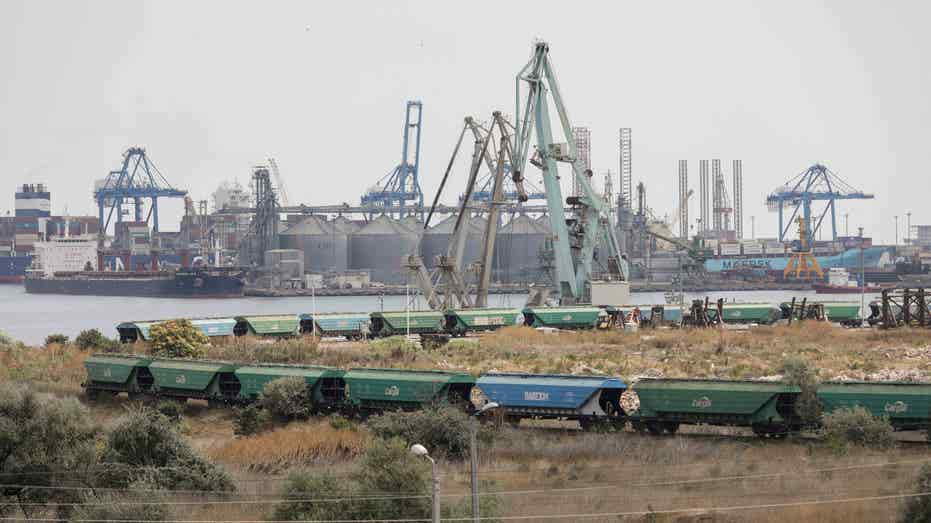 "It all depends on how the Istanbul agreement works out and on the quantities that Ukrainian ports can ship out," Comvex manager Viorel Panait told Reuters.

"With all our hearts we wish they can restore their chain flows. But we are here, ready to help."

Comvex has invested 4 million euros ($4.09 million) in a second barge offloading platform which became operational at the end of July, and boosted its total processing capacity to 84,000 tonnes in and 70,000 tonnes out per day.

Known as Europe's breadbasket, Ukraine hopes to export 20 million tonnes of grain held in silos and 40 million tonnes from the harvest now underway, initially from Odesa and nearby Pivdennyi and Chornomorsk, to help make way for the new crop.

As of end-June, Comvex had handled roughly 70% of Ukrainian grains and other goods to come through Constanta, including almost 800,000 tonnes of iron ore. It plans to invest 60 million euros this year and next to boost operations, Panait said.

Transport from Ukraine has been hampered by rail infrastructure problems and low water levels on the Danube after weeks of high temperatures and drought, meaning barges cannot carry full loads.

Port authorities said 183,581 tonnes of grains were currently en route to Constanta, which will also continue to export other Ukrainian goods not covered by the safe passage agreement, including steel products, iron ore and pipes.

The Constanta Port Business Association, which Panait also runs, said the ten port operators who handle Ukrainian goods in addition to their regular customers will need 340 million euros worth of investment in equipment to boost processing speed.

They have asked for European Union funds and government loan guarantees. In July, the Romanian government told Reuters it was mulling a pilot program to acquire equipment "to increase operating speed in grain terminals." It is also working on rehabilitating 35 port rail lines and removing hundreds of rusty wagons blocking the tracks.