‘Think a long time ahead’: Life as a startup after getting bought

Ben Vanderwaal, the co-founder of Roam, likes to put his own spin on corporate giant EY’s acquisition of the energy market modelling startup.

"I like to say we merged with EY instead of being acquired," says Vanderwaal. 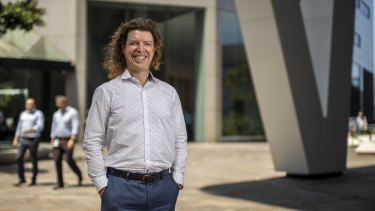 The end goal for many startups is to be acquired but the reality of what happens afterwards is more complicated.

It started with a casual inquiry

Vanderwaal started Roam in 2000 to provide power system analysis using software which simulates the commercial operation of the energy marketplace.

Over the ensuing 10 years the startup grew to a point where it was turning revenue of over $2 million but then EY came knocking in 2014.

"First of all it was a fairly casual inquiry. The energy sector has a small pool of experts so we are always interacting with our colleagues generally," Vanderwaal says. "Then it was 'have you ever thought about selling into a larger firm?'"

EY convinced Vanderwaal and his co-founder the deal would be good for the startup and he now says Roam's integration with EY has been a success, increasing its team from 16 people to over 30.

"I would say we are seen as a group of specialists within the broader firm," Vanderwaal notes.

"Internally we are EY, we are fully integrated from a people and place point of view."

Vanderwaal believes there are pros and cons to going from being a startup to part of a large corporate.

"From a challenge point of view it was great being nimble, as a small organisation the board was three people so we could really make informed decisions very quickly and act on them," he says.

"So those kind of decisions just take longer and you have to get more and more people on board. On the upside it is that geographical reach and really impressive depth of knowledge in the specialists and people within the organisation." 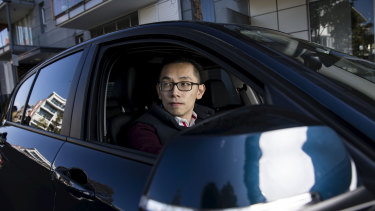 "It's more of an investment than an acquisition," Hang says.

"IAG has a majority stake in the company more for strategic reasons. There are a lot of synergies they can bring to us."

Hang says Carbar has maintained separate premises to IAG, which has allowed it the space and independence to continue to grow as a startup.

"There is somewhat of a negative connotation of a corporate taking a majority stake in a startup," he says. "The important part is to understand from the key stakeholders what is the goal alignment what is the vision for the future and do you have the same long-term goals?"

"It's mainly helped with the perception of the business, brand credibility especially within the industry and in some ways validation of what we are doing in terms of subscription," he says.

"IAG holds seats on the board. They have other venture companies as well so they understand where we are playing, which is in the early-stage space."

Hang says while some entrepreneurs might struggle to work with a large corporate, Carbar still operates fairly autonomously.

"My motivation for starting a business was to create impact and valuation for what we are doing," he says.

"This really aligns to my vision."

"Think about who are your buyers, that could range from an industry buyer to an initial public offering and a float on the stock exchange," he says.

"Is there a way that you can corporatise the business and make it self sustaining independent of the founder?"