Electric cars will not be the norm by 2035: Auto expert on GM’s EV plans

Automotive sector analyst Lauren Fix discusses the chip shortage and the future of electric cars in the U.S.

The Biden administration on Monday raised fuel-efficiency standards for passenger cars and light-duty trucks, saying the new standards will reduce pollution and save consumers billions of dollars at the gas pump.

Automakers must meet a fleetwide average of 55 miles a gallon for cars and light trucks by model year 2026, up from the 43 mpg standard set by the Trump administration for that year. The fleetwide mileage standard for the current 2021 model year is 40 mpg.

TOYOTA 'RICKROLLED' EVERYONE DURING ITS MASSIVE ELECTRIC VEHICLE REVEAL

The new rules will save U.S. drivers between $210 billion and $420 billion in fuel costs through 2050, the Environmental Protection Agency said, based on government estimates of future fuel prices. Even after factoring in higher purchase prices for cleaner vehicles, each buyer would still save about $1,000 over the lifetime of their vehicle from model year 2026 on, the EPA said.

The EPA said the higher standards will curb pollution from the transportation sector, which it says is the nation’s No. 1 source of greenhouse gas emissions.

"We are setting robust and rigorous standards that will aggressively reduce the pollution that is harming people and our planet—and save families money at the same time," EPA Administrator Michael Regan said, flanked by electric vehicles and a charging station during a signing ceremony outside agency headquarters.

The Alliance for Automotive Innovation, the lobbying group for automakers and suppliers, said it would be difficult to achieve the higher fuel standards without federal support to help the industry transition to electric vehicles. 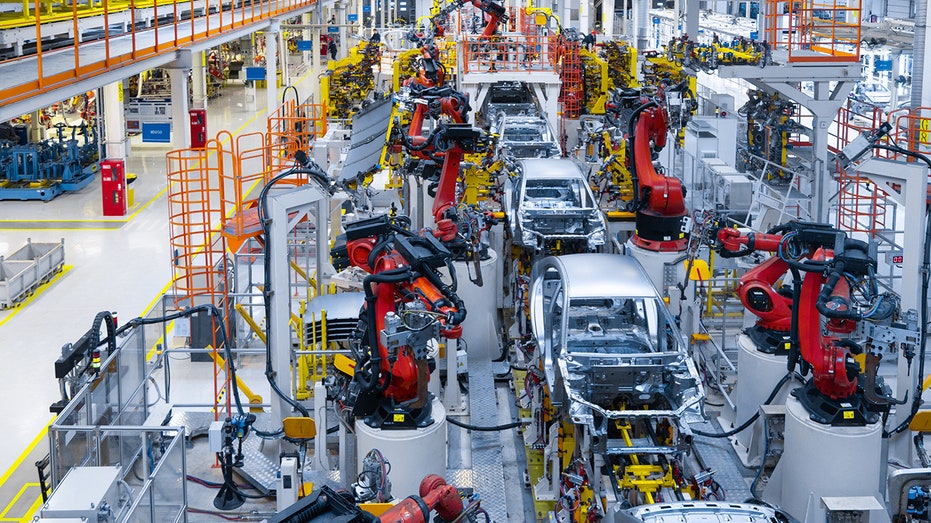 The $2 trillion Build Back Better social-spending and climate bill passed by the House would have provided an estimated $20 billion in tax credits for electric-vehicle buyers, in addition to other funding to spur manufacturing investments and domestic battery plants. But on Sunday, Sen. Joe Manchin (D., W.Va.), the key swing vote, said he would oppose the bill, likely dooming the package as currently drafted.

Eric Mayne, a spokesman for Jeep-maker Stellantis NV, said the EPA announcement "underlines the urgency of enacting a broad suite of complementary policies, including vehicle-purchase incentives, manufacturing stimulus, and the establishment of a nationwide charging infrastructure, to drive a market shift."

THIS USED SUBCOMPACT CAR'S PRICE HAS SPIKED 50%. HERE'S WHY

Others say the industry is already transitioning to electric vehicles. Ford Motor Co., for example, plans for 40% of global vehicle sales volume to be electric by 2030.

Mr. Regan told reporters that agency analysis showed the industry will be able to comply even without more federal funding from Congress. Environmentalists pointed to industry trends, saying companies are likely to move in this direction even if they are unhappy about exactly how far the rules will go.

"For auto makers, this is the future, " said Ramón Cruz, president of the Sierra Club. "If you want to remain competitive you have to do this." 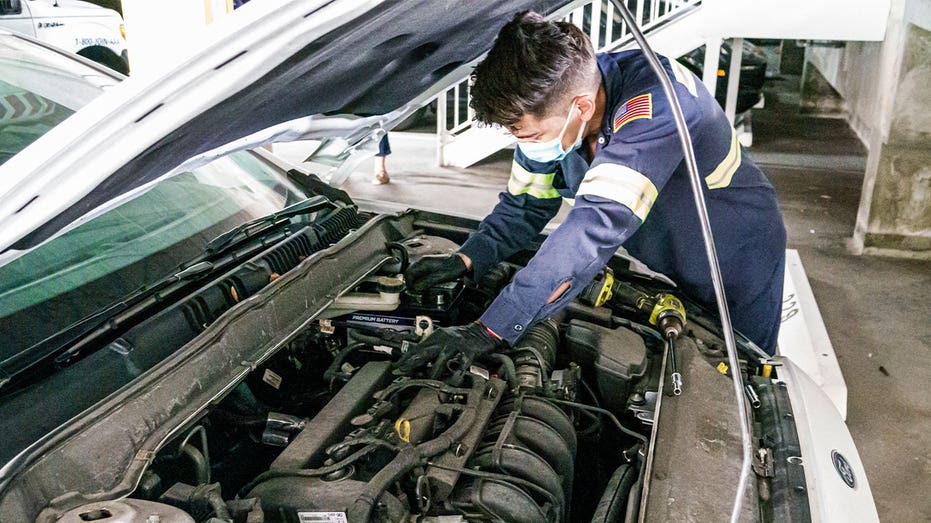 The new rules will take effect 60 days after publication in the Federal Register—expected before year’s end—and apply to vehicles starting in the model year 2023. They escalate annually through the model year 2026, which the EPA said will be the strongest standards in history.

The standards announced Monday are stricter than those initially proposed by the EPA in August. The package that Mr. Regan signed Monday limits auto makers’ flexibility in how they account for their fleets’ emissions. In theory, this reduces pollution more quickly. It also makes it harder for the companies to comply.

Auto makers, which had cheered the August proposal, have said more hard-line rules are likely to raise upfront costs that could discourage consumer adoption of zero-emissions cars and trucks, a problem that could get worse if Congress fails to approve other subsidies, lobbyists said.

THE CHEAPEST NEW CARS YOU CAN BUY IN 2022

The EPA estimates the companies can comply for model year 2026 with electric vehicle sales at about 17%, and with expanded use of efficiency technology.

U.S. consumers have been slow to warm to electric vehicles, which are on track to account for 3% to 4% of sales this year, according to analysts at Deutsche Bank.

Auto analysts say driver anxiety about running out of power and the scarcity of charging stations is a major barrier to wider adoption. Electric vehicles generally cost more than comparable gas-powered models and there are fewer models to choose from, though auto makers are expanding their offerings.

New funding for a national network of charging stations has been included in the $1 trillion infrastructure bill enacted this fall. Atlas Public Policy, a Washington, D.C., research firm, said the $5 billion spending boost is more money than government agencies, utilities and states have collectively spent on charging infrastructure to date. 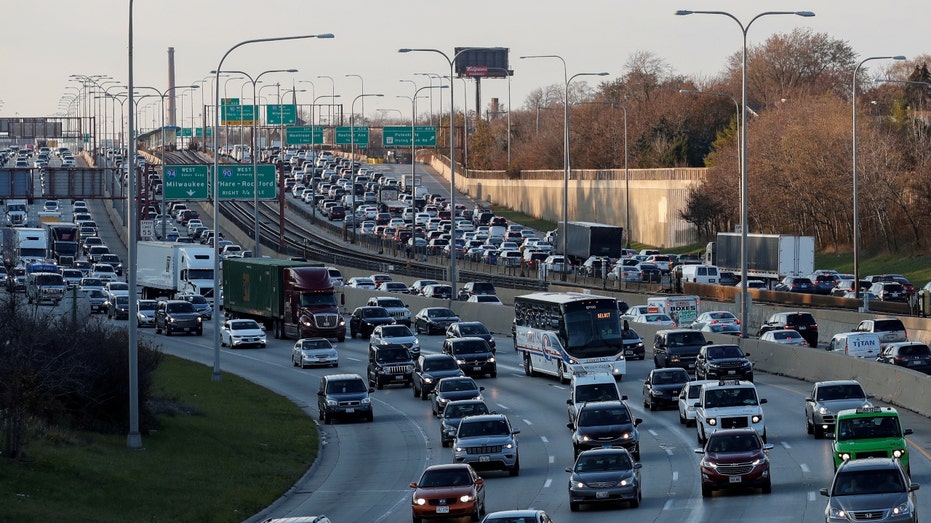 Mr. Biden’s new package effectively restores rules from the Obama administration that had eased under former President Donald Trump. The Trump-era rules will stay in effect through model year 2022, but in the next year auto fleets will have to increase efficiency by 9.8%. After that, the standards will increase 5% to 10% annually, reaching 55 miles a gallon in 2026.

Mr. Biden has said that setting more stringent rules now will also push U.S. companies to catch up with competitors in China, which has become a world leader in batteries and electric vehicles. Auto makers will have an easier time meeting the standards when they get more drivers to buy electric vehicles that don’t produce any tailpipe emissions.

The goal of electrifying transportation is supported by many scientists and climate advocates to reduce the climate impacts from cars. When cars burn gasoline, they immediately release carbon-dioxide into the atmosphere. Cutting fuel consumption can reduce those emissions, but it is easier to eliminate them by powering cars through the electric grid, which is transitioning to solar, wind and other sources of cleaner energy.

The transportation sector accounted for 29% of U.S. greenhouse gas emissions in 2019, the EPA says, making it the largest source of carbon dioxide from fuel combustion and outpacing emissions created by electric power generation and industrial operations. Passenger cars and trucks are the largest source within transportation, accounting for more than a sixth of all the country’s emissions, according to the EPA.

The sector’s emissions of carbon dioxide, the most abundant greenhouse gas, have increased 24% since 1990, according to federal data.