The Group of 20 meeting in Saudi Arabia should have marked a sigh of relief for global finance chiefs after trade tensions cooled and the global economy started to stabilize.

The mood was quite different: A major new risk has emerged with the outbreak of the coronavirus, and each passing day drains hope that the epidemic will be quickly contained. The disease has already killed more than 2,400 people and infected close to 80,000 worldwide, with more and more countries reporting cases.

The economic fallout all but seized center stage at the meeting. The finance ministers and central bankers who gathered over the weekend tried their best to salvage what was left of their agenda.

Here are the takeaways as global policy makers leave Riyadh:

The idling factories, cities on lockdown and disrupted supply chains couldn’t be ignored.

Just a month ago, the IMF was offering some modest reason for optimism about the 2020 outlook. On Saturday, it was a different story.

Managing Director Kristalina Georgieva said the virus outbreak had led the lender to trim 0.1 percentage points from its global growth forecast, but that it’s also looking at more “dire” scenarios.

“We do not know what will be the next steps, indeed if the epidemic will turn to pandemic or not,” French Finance Minister Bruno Le Maire told Bloomberg TV. “But we have to be prepared.”

Participants at the meeting agreed on a “menu of policy options” to counter the emergency, but they included few details on a coordinated response in their joint statement.

The gathering saw yet another round in the long-running debate about who should take the lead if more stimulus is needed.

Central bankers are pretty clear: Their tanks are close to empty and governments — especially those with surpluses — need to step up and do their bit.

“There was the feeling that if the policy mix needed to be strengthened in the face of coronavirus, it couldn’t be only monetary policy,” European Central Bank policy maker Francois Villeroy de Galhau told Bloomberg. “There is still monetary space but it is more limited than before.”

Officials at G-20 meetings often spend much of their energy navigating the thorny topic of climate change and the U.S. refusal to mention what most see as the world’s biggest long-term challenge.

This time, the group statement included a reference to “climate change.” It was only in relation to financial stability implications, but it’s a small victory for those who warn of a greater looming crisis and want more done in response.

It could prove a significant step by allowing central bankers and finance ministers to more easily make fighting climate change a part of their everyday operations.

Steven Mnuchin, however, cast doubt on whether this was a historic moment. The Treasury Secretary said he didn’t bow to European pressure on the issue, and the mention of “climate” in the communique was simply a statement of fact about what the Financial Stability Board — which oversees the global banking system — was doing.

The intricacies of how to overhaul global tax rules are enough to cause a shudder in even the most enthusiastic of technocrats. The G-20 was reminder that the issue could also be enough to spark a transatlantic trade war.

The top protagonists kicked off the meeting with a public display of consensus on a discussion panel: Everyone wants to get a deal on taxing the likes of Google and Facebook. The problem is that European countries have moved too fast for American comfort by imposing unilateral digital services taxes — and Washington is threatening tariffs.

The only way to lift the threat of a trade war is to get a global agreement instead. That’s not so simple as the U.S. wants a “safe harbor” regime, but Europe says that would make the rules optional.

Mnuchin spent a lot of the G-20 trying to explain why safe harbor isn’t optional, but to little avail. How the semantic ambiguity evolves in the coming weeks will be key to maintaining world trade peace. 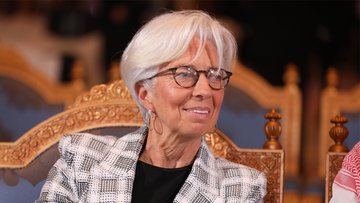 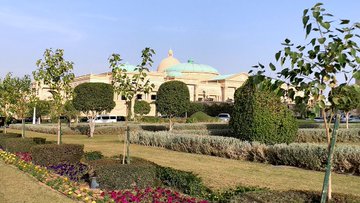 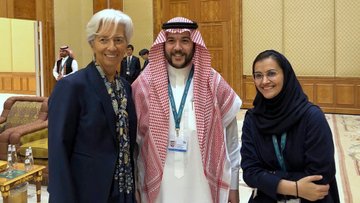 Related posts:
Hot News
Trump has not been such an honest broker on Palestinian statehood, Saudi prince says
Johnson & Johnson Begins Giant Trial Testing One-Dose Covid Shot
10 things you need to know before the opening bell
China claims it will be 'carbon neutral' by the year 2060
A former Apple worker just launched a new app to help motorists manage their vehicles. Check out the pitch deck he used to win $2 million in funding.
Amazon is booming while small businesses struggle
Tesla share losses mount after $50 billion drop in market cap on Battery Day after Musk flags delay to cheaper cars
Recent Posts
This website uses cookies to improve your user experience and to provide you with advertisements that are relevant to your interests. By continuing to browse the site you are agreeing to our use of cookies.Ok