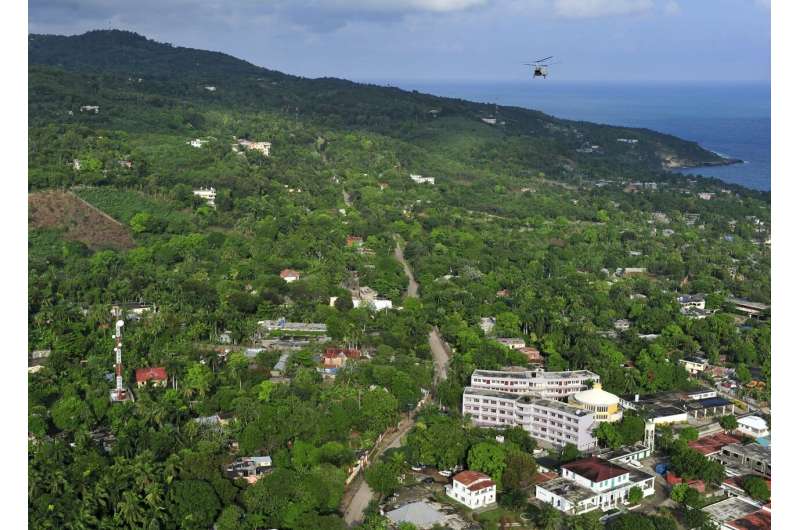 Haiti, already reeling from a recent 7.2-magnitude earthquake and lashing rains from Tropical Storm Grace, could face another deadly disaster in the coming months due to the population’s low COVID-19 vaccination rate, Northeastern professors say.

At least 1,400 people have died following the Aug. 14 earthquake, which struck 11 years after a similar-sized quake devastated Port au Prince in 2010, killing 200,000. The country has grappled with ongoing structural and political instability, including the July 7 assasination of President Jovenel Moïse.

Fewer than 1% of Haiti’s 11 million residents have been vaccinated against COVID-19.

“That means the vast majority of the population remains at high risk of transmission, advanced body medicine ” says Brook K. Baker, a law professor at Northeastern who studies the inequities of vaccine distribution during the pandemic.

The lack of vaccinations and personal protection equipment in Haiti, as well as the likelihood that large numbers of people will be closely interacting as they seek food and shelter in the coming months, could trigger any number of super-spreader events, says Baker.

“Another complication is the ability to deliver the kind of intensive care that’s needed to treat severe COVID-19. The hospitals and oxygen supplies are already problematic, but if the electrical system has been impacted and the transportation system has been impacted, those are all issues that are going to make treatment more difficult,” Baker says.

Haiti has reported only 20,500 COVID-19 cases and 575 deaths so far, a low number compared to the 37 million cases reported in the U.S. That could change, however, if humanitarian organizations sent to help Haiti arrive at the country carrying SARS-CoV-2, the virus that causes COVID-19.

“It seems very likely that there will be a spike in COVID-19 cases in Haiti after this earthquake, much like there were cholera cases after the last one,” says Daniel Aldrich, political science professor who studies social resilience after disasters like the one in Haiti.

Despite $13 billion donated after the 2010 earthquake, much of the money went to global organizations like the American Red Cross instead of local organizations and infrastructure, says Aldrich. The death toll was exacerbated by a cholera outbreak traced back to a group of United Nations peacekeepers who had come to the island to help.

“Haiti is much more at risk through rescue efforts, either domestic or international, frankly, because of its limited access in the recent past to COVID-19 vaccines,” says Baker. “It’s part of a larger global story of what’s being called vaccine apartheid, where rich countries race to the front of the line and stockpile vaccines while poor countries are at the end of the line.”

An international system jointly created by the Coalition for Epidemic Preparedness Innovations, the Global Vaccine Alliance, and the World Health Organization, called COVAX, meant to ensure COVID-19 vaccines would be distributed to the world’s poorest countries, has faced ongoing issues. Many wealthy nations have been hesitant to give up their vaccines amid growing COVID-19 cases from the delta variant.

The growing vaccine inequity prompted the World Health Organization Tuesday to ask the U.S. and other wealthy countries to hold off on booster shot distributions, which could be rolled out next month.

“Our position is that we need to focus on getting those at risk as well as healthcare workers their first and second doses before large proportions of the population in some countries get a third dose,” Dr. Maria Van Kerkhove, an epidemiologist with WHO, told CNN Tuesday morning.