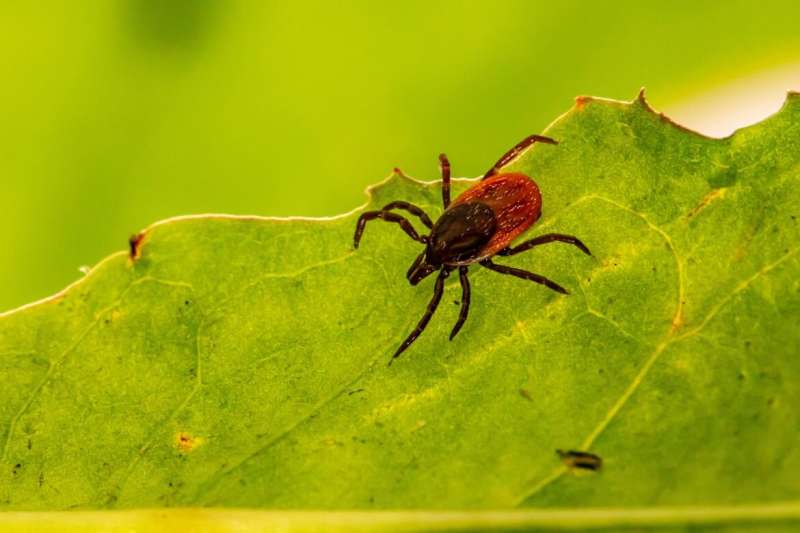 A UCLA study suggests that many physicians may not have the knowledge or training to properly recognize how Lyme disease appears on the skin of Black patients. The disease, caused by the tick-borne Borrelia bacterium, generally begins with a bull’s-eye–shaped rash on the skin, along with fever, headache, chills and muscle pain; if not diagnosed promptly and treated with antibiotics, it can lead to more severe and long-lasting symptoms.

UCLA’s Dr. Dan Ly found that approximately 1 in 3 Black patients who were newly diagnosed with Lyme disease already had related neurological complications such as meningitis, neuropathy and cranial neuritis—an indication that the disease may not have been properly diagnosed in its earlier stages. Less than 1 in 10 newly diagnosed white patients had these complications.

Medical textbooks and other physician-training materials tend to underrepresent Black patients, Ly said, which could account for delays in diagnoses of certain diseases and conditions, like Lyme disease—delays that can lead to serious health complications. About 300,000 cases of Lyme disease are diagnosed in the U.S. each year, according to the U.S. Centers for Disease Control and Prevention.

Ly analyzed 2015–16 data from a nationwide sample of Medicare beneficiaries. The sample comprised approximately 6,200 white patients (mean age 72.4) and 167 Black patients (mean age 66.1), all of whom had been newly diagnosed with Lyme disease. Approximately 34% of Black patients had later-stage neurological complications when they were diagnosed, compared with 9% of white patients.

Ly noted that the findings are limited by the use of diagnosis codes in the medical claims data, rather than more detailed patient charts. It may also be the case, Ly said, that Black patients present to physicians later than white patients do, although there is no research to suggest that this is the case.

Because differential recognition of the skin manifestations of Lyme disease in Black patients may be the reason for delayed diagnosis and subsequent neurological complications, efforts to better educate physicians and to boost representations of Black patients in medical education materials may be necessary to improve the diagnosis of the disease in this population.