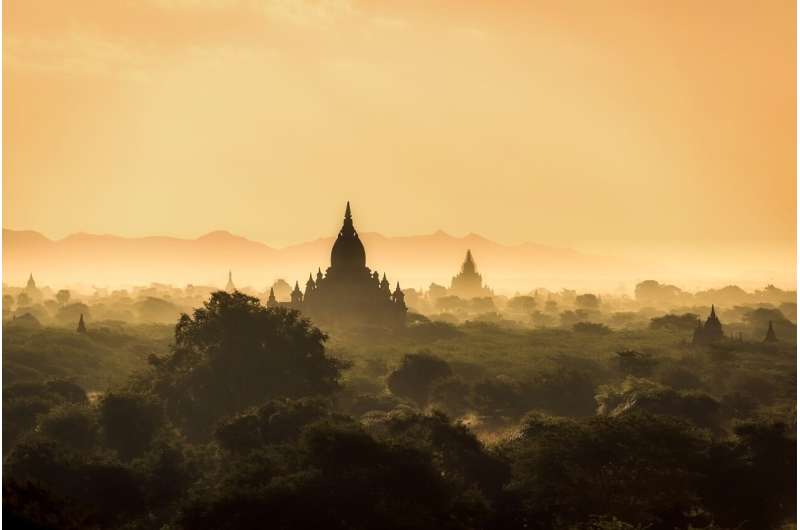 Myanmar is facing a catastrophic health crisis that could have ramifications not just for the country’s long-suffering people, but across the region as well.

The country is experiencing a major spike in COVID cases—what one Doctors Without Borders official referred to as “uncontrolled community spread”—fuelled by the military junta’s gross mismanagement of the crisis and a collapsing health sector.

The military regime’s official COVID statistics are running at around 6,000 cases and 300 deaths per day, but no one believes these are accurate. This is, after all, the junta that staged a military coup in February and then tried to argue it was constitutionally valid.

With only 2.8% of Myanmar’s 54 million people fully vaccinated, there are now concerns the country could become a “COVID superspreader state.” And this could lead to the emergence of new variants, says the UN’s special rapporteur for human rights in Myanmar. “This is very, what does calcium carbonate do very dangerous for all kinds of reasons […] This is a region that is susceptible to even greater suffering as a result of Myanmar becoming a super-spreader state.”

The UN says a “perfect storm” of factors is fuelling the deepening health crisis.

Medical staff have been on strike as part of the civil disobedience movement against the coup. Oxygen and other medical equipment are increasingly expensive and in short supply. Even getting an oxygen concentrator into Myanmar is not straightforward, though Singapore said this week it will rush 200 machines into the country.

Most troublingly, at least 157 medics, including the former head of Myanmar’s COVID-19 vaccination program, have been arrested and charged with high treason. In Yangon, military personnel have pretended to be COVID patients in need of emergency treatment, then arrested the doctors who came to help.

Reliable figures on the infection rate are impossible to obtain, but civil society groups that assist with cremations and funeral services in Yangon say they are seeing up to 1,000 uncounted COVID deaths a day in that city alone. The national total may be several thousand per day.

One reason it’s impossible to get an accurate count of COVID cases is the extremely low rate of testing. There are only around 15,000 COVID tests being conducted per day in a country of 54 million people. The tests are, however, returning a positive rate of around 37%, or 370 positives for every 1,000 tests.

It’s also believed nearly 50 prisoners at the crowded, notorious Insein Prison are now infected with COVID but are being denied treatment by the military.

These prisoners include top leaders from Aung San Suu Kyi’s National League for Democracy, doctors connected with the civil disobedience movement, and foreigners like Australian academic Sean Turnell, an adviser to Suu Kyi who was arrested by the junta after the coup and is being held on bogus charges.

Another adviser and lawyer to Suu Kyi, Nyan Win, died last week after being infected with COVID at Insein.

Such a catastrophic health situation is exacerbating Myanmar’s inequalities. Poorer people are less able to socially distance and less likely to get tested and receive meaningful treatment. They suffer invisibly, often in silence.

In a report published this week, the World Bank estimated Myanmar’s economy would contract by 18% this year due to the effects of the pandemic and the coup. The share of people living in poverty is also likely to more than double by the beginning of 2022, compared to 2019.

The ethnic minority regions of the country may well be disproportionately suffering, too. Since the coup, conflicts have intensified across the country between the military and the ethnic armed organizations and pro-democracy advocates that have joined them, causing immense social dislocation.

The UN refugee agency estimates 200,000 people were internally displaced from February to June, bringing the total of displaced people in the country to 680,000. These marginalized groups are even less likely to have access to medical treatment.

These figures are also not taking into account the refugees outside the country, such as the million Rohingya languishing in the cramped refugee camps in Bangladesh. The Bangladesh government has said it will begin vaccinating the Rohingya next month.

When Cyclone Nargis killed 140,000 people in Myanmar in 2008, the country’s previous military regime received wide-ranging offers of assistance from ASEAN, the regional bloc, and the wider international community.

But since the coup, Western aid to Myanmar has been redirected through non-government groups, causing hold-ups. The UN says the junta has also yet to account for US$350 million in COVID aid the International Monetary Fund sent to Myanmar just days before the coup in February.

The country hasn’t received vaccine doses since May, though China pledged to send 6 million doses by August, with the first batch arriving last week. China may end up being the most proactive donor, since it is worried about a COVID outbreak along its shared border with Myanmar.

Optimists say this may be a time for reconciliation and for everyone in Myanmar to unite against the common enemy of COVID. Yet it is hard to imagine that happening right now, when the military’s own mishandling of the pandemic has generated so much outrage from the population.

What can be done? Perhaps Australia, which we are told is “awash” in AstraZeneca vaccines, could make rapid moves to send desperately needed supplies to Myanmar via its non-government partners. It would be a bold and impressive diplomatic move.

There is then the need for the international community to confront the Myanmar generals for their appalling mishandling of the country since the coup. By seizing control from elected leaders, they have impoverished their own people, sparked new conflicts and exacerbated the damage done by a global pandemic.