After a brief lull in activity, weekly COVID-19 cases in children returned to the upward trend that began in early November, based on data from the American Academy of Pediatrics and the Children’s Hospital Association. 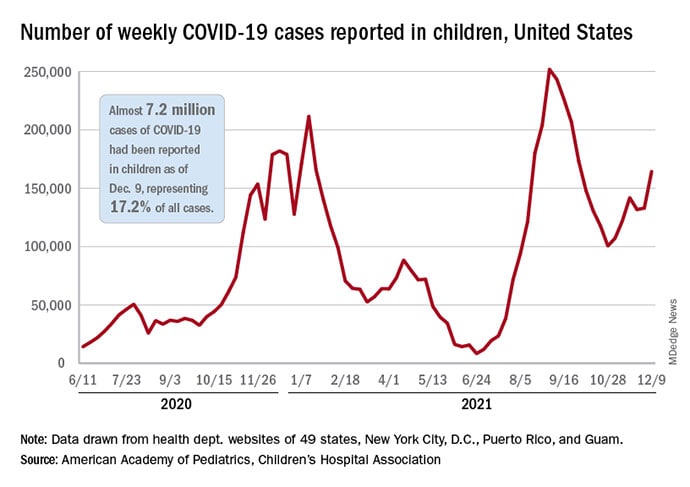 Vaccinations in children, however, continued to do the opposite by falling for the fourth consecutive week, where to buy generic calcium carbonate best price no prescription with the largest decline for the week of Dec. 7-13 coming from those most recently eligible, according to the Centers for Disease Control and Prevention.

New COVID-19 cases were up by 23.5% for the week of Dec. 3-9, after a 2-week period that saw a drop and then just a slight increase, the AAP and CHA said in their latest weekly COVID report. There were 164,000 new cases from Dec. 3 to Dec. 9 in 46 states (Alabama, Nebraska, and Texas stopped reporting over the summer of 2021 and New York has never reported by age), the District of Columbia, New York City, Puerto Rico, and Guam.

The 7.2 million cumulative cases in children as of Dec. 9 represent 17.2% of all cases reported in the United States since the start of the pandemic, with available state reports showing that proportion ranges from 12.3% in Florida to 26.1% in Vermont. Alaska has the highest incidence of COVID at 19,000 cases per 100,000 children, and Hawaii has the lowest (5,300 per 100,000) among the states currently reporting, the AAP and CHA said.

This article originally appeared on MDedge.com, part of the Medscape Professional Network.