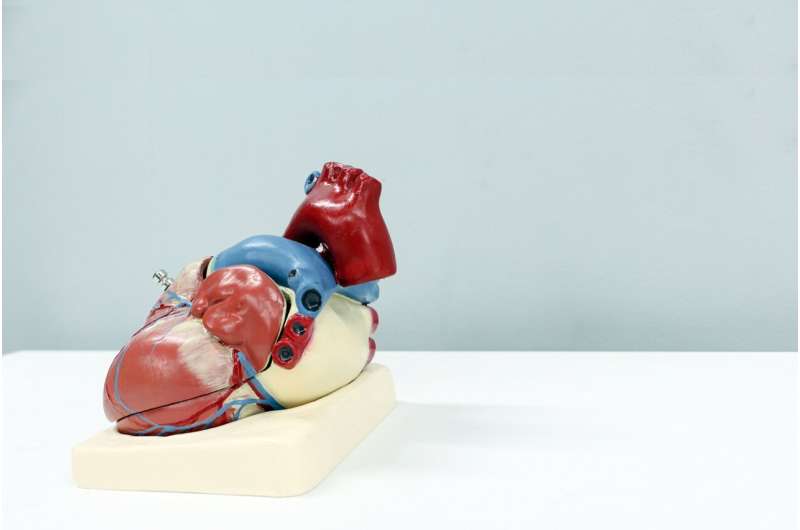 In a large study based on register data from the International Society for Heart and Lung Transplantation (ISHLT) spanning a total of 44,516 patients across the globe, an international team of researchers has shown a significant correlation between the CMV antibody status of organ donors and reduced long-term survival of patients after a heart transplant. The team, led by PD Dr. Christian Heim, deputy clinical director at the Department of Cardiac Surgery at Universitätsklinikum Erlangen, have published their results in the journal Transplantation.

Study carried out into survival after heart transplantation

Although a heart transplant greatly improves the long-term survival of patients, they actually only live on average for another twelve years after the operation. In spite of the lack of donor organs caused by a drop in the population’s willingness to donate organs, a heart transplant remains the preferred choice for treating chronic heart failure. “Each year, far too many patients still die while on the waiting list for a heart transplant. We need to combat the lack of donor organs by intensifying our efforts to inform the general public, but at the same time we need to compensate for the lack of organs by researching chronic rejection processes, avelox pregancy which lead over time to transplant failure,” explains Dr. Heim.

During their lifetime, most adults become infected with the cytomegalovirus (CMV), a herpes virus, without showing any symptoms. They then continue to carry the pathogen in their body, unaware that they have it. Previous experiments with animals have already indicated that there is a connection between CMV and allograft vasculopathy, a long-term complication that is the major cause of organ rejection in patients. However, for a long time the influence of the constellation of antibodies at the time of the transplant on the long-term survival of organ recipients remained unclear.

Now, this study based on a large patient collective has allowed researchers to prove that if donors have a positive CMV antibody status, this leads to a significantly poorer outcome for organ recipients. “In this large register study we were able to show for the first time that there is a significant correlation between CMV status at the time of the transplant and reduced life expectancy of heart transplant patients,” explains Philipp Müller, junior physician in cardiac surgery.