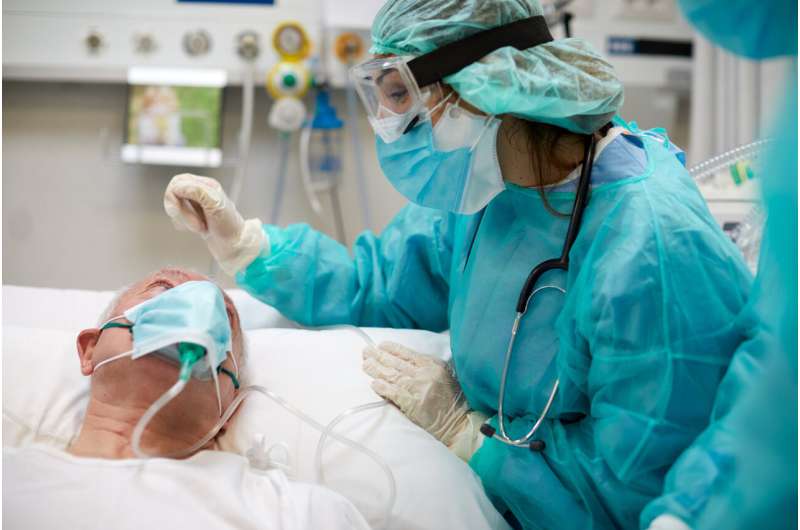 A new study published online in the Annals of the American Thoracic Society examines the recovery of lung function and overall wellness in individuals who had varying degrees of COVID-19 severity. Little is known about lung health following infection with SARS-CoV-2, the virus that causes COVID-19, and whether later respiratory problems, fatigue and ill health are associated with the disease’s initial severity.

In “Persistent Poor Health Post-COVID-19 Is Not Associated With Respiratory Complications or Initial Disease Severity,” Liam Townsend, MD, and co-authors looked at a number of measures of recovery for 153 patients who were followed in an outpatient clinic a median of 75 days after their COVID-19 diagnoses.

“We found that fatigue, propecia uses ill-health and breathlessness were all common following COVID-19,” said Dr. Townsend of the Department of Infectious Diseases, St. James’s Hospital and Department of Clinical Medicine, Trinity Translational Medicine Institute, Trinity College, Dublin, Ireland. “However, these symptoms appeared to be unrelated to the severity of initial infection or any single measurement at the time of an outpatient appointment.”

The researchers examined the association between the patients’ initial illness and abnormal chest X-ray, six-minute walk test distance—in which patients walked at their normal pace for six minutes—and perception of maximal exertion during their follow-up appointments. Patients were also asked about whether they felt fatigued and whether they thought they had returned to full health. Their responses were graded using validated scales.

The study team also looked at participants’ chest x-rays in order to detect persistent infection or significant scarring (fibrosis) and performed CT imaging for patients with abnormal chest x-rays. Bloodwork was done to measure such indicators of disease as C-reactive protein, which increases when there is inflammation in the body. Statistical analyses were performed.

“We were surprised by our findings. We expected a greater number of abnormal chest x-rays. We also expected the measures of ongoing ill-health and abnormal findings to be related to severity of initial infection, which was not the case,” Dr. Townsend said.

The authors’ findings suggest that COVID-19 does not cause significant fibrosis, with lung scarring seen on CT scans of only 4 percent of study participants, following X-ray detection of earlier abnormalities in a larger group.

Sixty-two percent of patients felt they had not returned to full health, while 47 percent were classified as having fatigue. Patients who felt they had to exert themselves during moderate exercise also reported they felt fatigued and in poor health. Patients’ length of inpatient hospital stays and frailty were associated with covering less distance in the walk test.