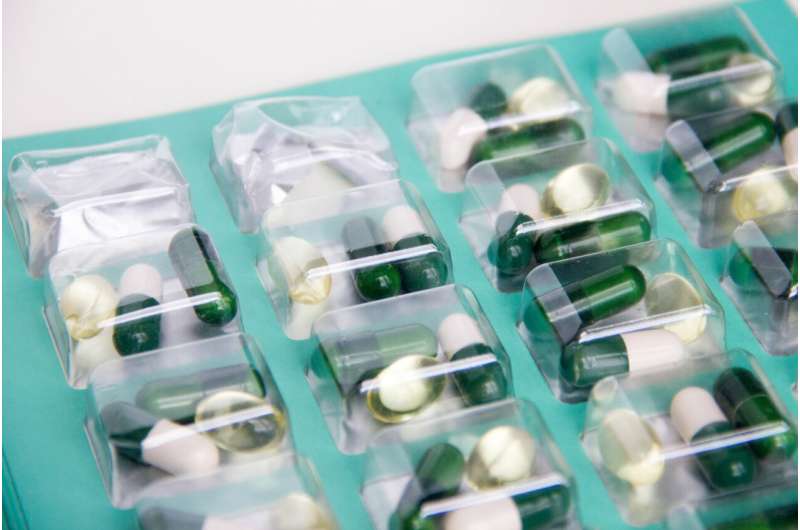 A program designed to increase initiation of buprenorphine treatment for opioid use disorder in the emergency department led to a sixfold increase in its use at three Penn Medicine hospitals, according to new research from the Perelman School of Medicine at the University of Pennsylvania. By using various tactics in three acute care centers—ranging from financial incentives for doctors to train to treat opioid use disorder to an automated connection to peer recovery specialists—the program was not only able to boost buprenorphine treatment rates initially, alternative zu plavix 75 but it sustained the changes.

“We used a behavioral design approach to make implementation of evidence-based treatment easy, attractive, social and timely. While we concentrated initially on prescribing itself, we realized we also needed to overcome other barriers, such as identifying and engaging patients in care,” said Margaret Lowenstein, MD, an assistant professor of Medicine and the lead author of the research, published in Annals of Emergency Medicine. “So much of our work focused on helping providers better identify treatment opportunities, reducing the friction related to prescribing, and supporting patient engagement and care linkage.”

Buprenorphine is a medication that stabilizes opioid withdrawal and soothes cravings. Its use can increase long-term engagement with opioid use disorder care and reduce overdose death and other complications of drug use.

To get this potentially lifesaving medication to patients, the researchers first had to make it easy to prescribe buprenorphine through increasing the proportion of clinicians authorized to prescribe it. Clinicians needed to obtain the authority to prescribe buprenorphine—an “X-waiver” –  through the completion of specific training courses. Prior to the loosening of these requirements in 2021, all prescribers had to undergo trainings—and the process still requires advance registration on a government website.

To better promote medication treatment for opioid use disorder, several strategies were employed by a clinical team led by Jeanmarie Perrone, MD, a study co-author and a professor of Emergency Medicine, as well as the director of the Penn Medicine Center for Addiction Medicine and Policy. A financial-incentive system rewarding doctors for the training resulted in X-waivered providers climbing from 6 to 90 percent in just six weeks. Additionally, the team increased motivation and influenced social norms to prescribe buprenorphine regularly by sharing patient success stories and publicly congratulating clinicians for initiating the treatment.

The ability to prescribe was the first step. The next step was to identify patients, then connect them with ongoing treatment. A system was developed to automatically identify patients through electronic health records and connect them immediately to peer recovery specialists to help guide care both in the hospital and through the next steps toward recovery.

Data from the program that stretched from March 2017 until July 2020—covering 18 months before and after the program was put in place—showed improvement: The rate of opioid use disorder patients in the emergency departments receiving buprenorphine climbed form just 3 percent to 23 percent by the end of the study. That accounted for a 25 percent increase in the likelihood of a patient receiving buprenorphine during their ED visit.

These findings were not temporary: The rate of use was sustained and increased, even a year after the changes went into effect. On top of that, the number of doctors who had prescribed buprenorphine at least once jumped from 7 to 70 percent.

However, the authors discovered a significant amount of variation in rates at which some doctors implemented this treatment. At the highest end, some doctors prescribed buprenorphine in 61 percent of their encounters with patients with opioid use disorder. Other doctors never wrote a prescription, even if they were X-waivered.

“The fact that some physicians in our group were able to provide this evidence-based treatment to more than half of their patients while others had the ability to do so, but never did, showed there was much more work to be done to nudge clinicians and make offering this treatment a default process,” said senior author M. Kit Delgado, MD, an assistant professor of Emergency Medicine and Epidemiology, who is also a deputy director of the Penn Medicine Nudge Unit.

This wide variation was the motivator for the research team to undertake another study, which involved a focus group of 29 emergency department physicians and nurses on the program. Findings from that study were published in NEJM Catalyst.

One of the main takeaways involved the identification of patients: The automated process described in the first study wasn’t finding all of the patients eligible to start treatment because the algorithm wasn’t as specific or sensitive as it needed to be. The study also found that all emergency department team members supported nurses being involved in identifying patients through universal screening during the traditional triage process. Automation could still play a role, but was more helpful after patients were identified, with a positive screen triggering prompts targeting physicians, nurses, and peer recovery specialists to guide care.

While they have seen gains, the team also knows it’s important to try to continue to expand their reach.