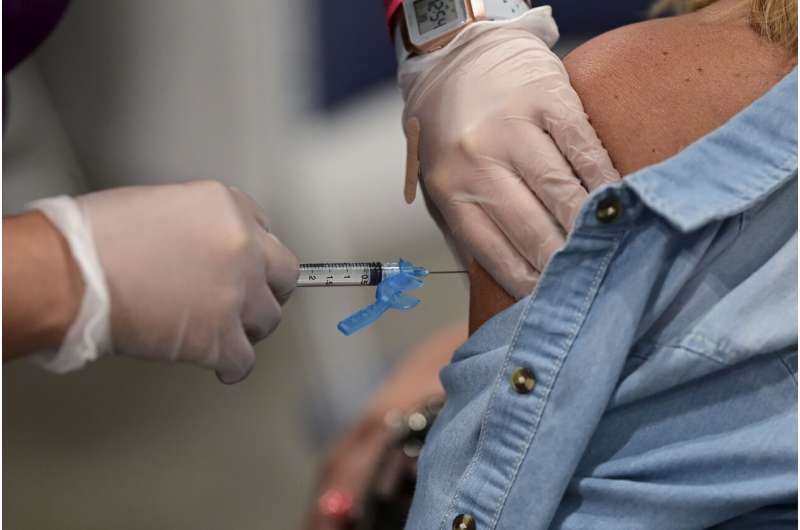 Thousands of people were vaccinated against COVID-19 on Wednesday as part of a mass inoculation event in Puerto Rico’s capital that was scheduled to last 15 hours.

It was the first event of its kind since the U.S. territory began vaccinating people in mid-December.

Officials hoped to vaccinate 10,000 people with the single-dose Johnson & Johnson shot during the event that would run from 7 a.m. to 10 p.m. By late Wednesday afternoon, more than 5,000 vaccines were given, according to Health Secretary Carlos Mellado.

For now, Puerto Rico is vaccinating only those 35- to 49-years-old with chronic health conditions and all those 50 years and older, along with all workers in the food and telecommunications industries, among others.

Wednesday’s event was meant only for people who qualified and made an appointment, but Mellado said someone sent a fake message via social media claiming that all those 21 years and older could show up without an appointment. Hundreds did so, and some of them were vaccinated amid grumbling from those who had an appointment and were waiting in line.

More than 1 million vaccines have been administered in the U.S. territory of 3.2 million people. The government has reported more than 195,500 confirmed and suspected cases and more than 2,000 deaths. 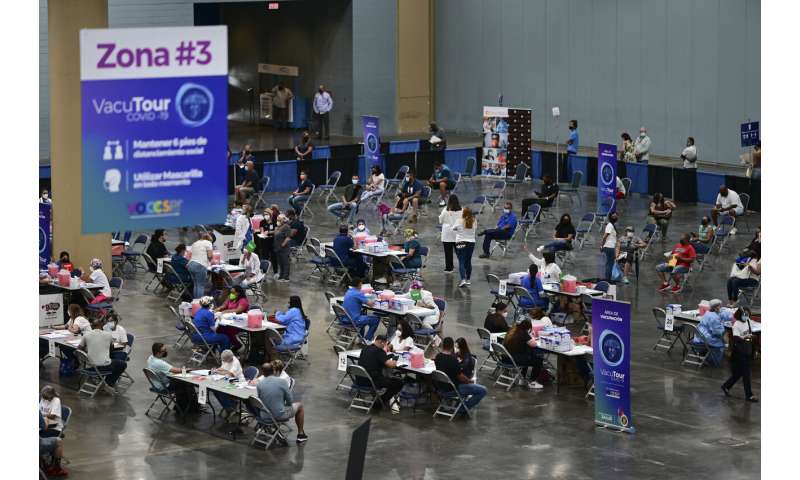 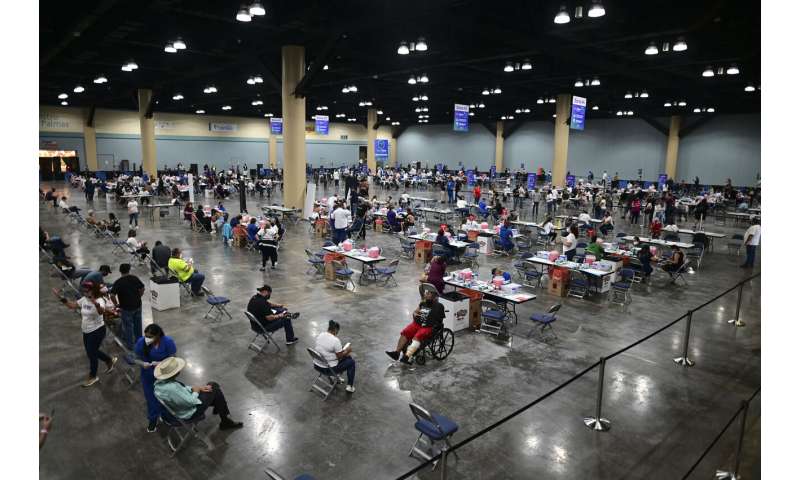 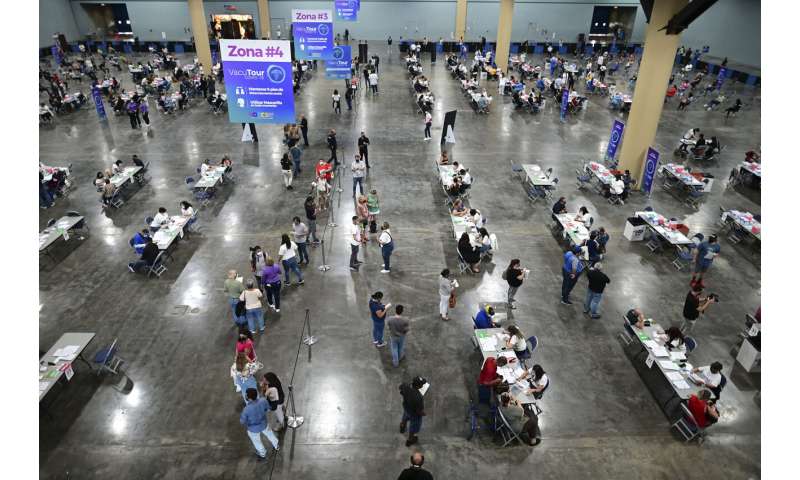 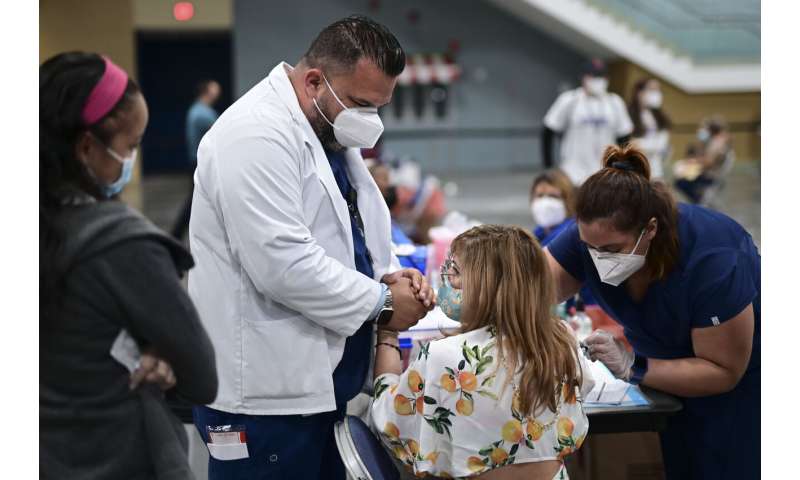 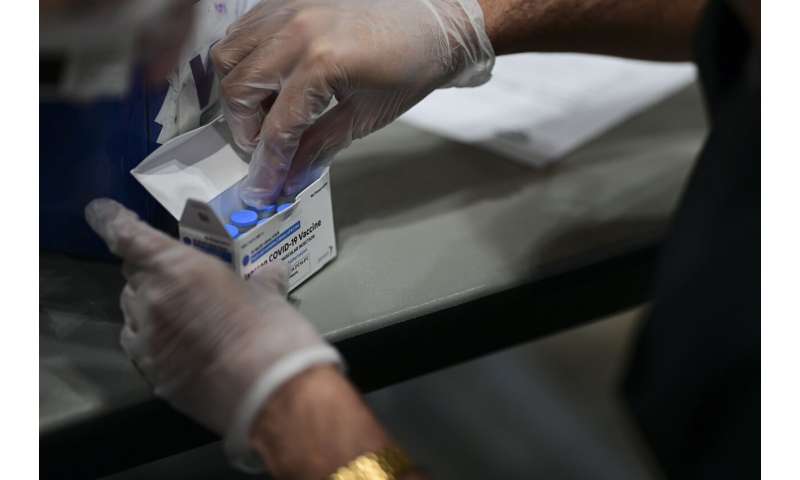 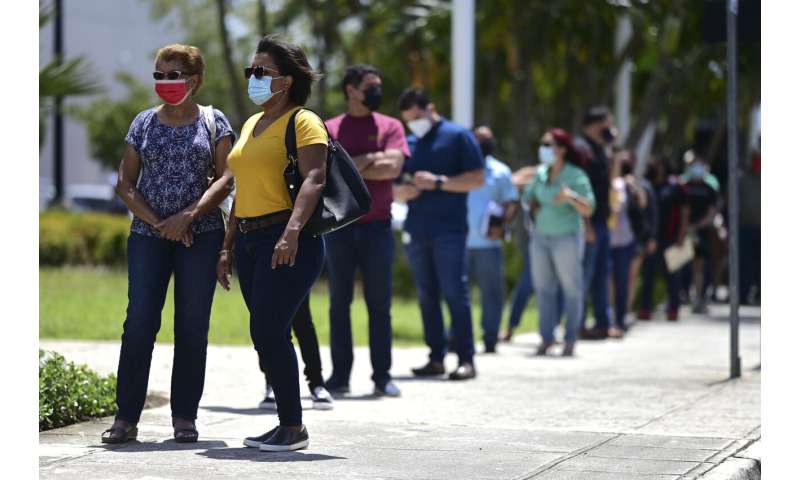 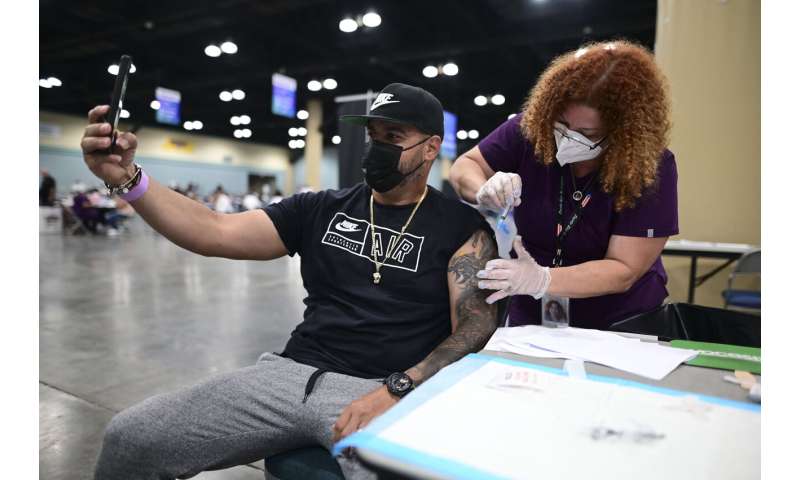