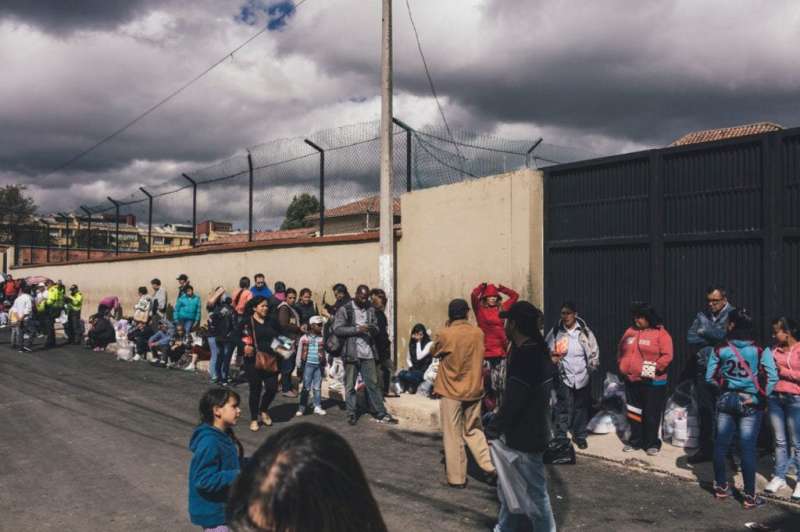 High rates of tuberculosis (TB) in Latin American prisons are subverting efforts to control the disease in the wider population, and constitute a “health and human rights crisis, methylprednisone vs prednisone ” a study warns.

According to research published in The Lancet, TB cases in the region’s prisons rose from 5% of the total reported cases in 2011, to 11.1% in 2017. The incarcerated population in Central and South America represents 1% of the total population.

“The health and human rights crisis of tuberculosis among PDL (people deprived of their liberty) and their communities demand urgent action and sustained attention from ministries of health and justice and the global medical community,” the study’s authors warned.

In Venezuela and El Salvador the problem is particularly acute. In Venezuela, in 2011, 1.8% of reported TB cases were registered in prisons, but in 2017 that percentage rose to 15.5%.

In both Central and South America, the increase in the disease among prisoners surpasses advances in tuberculosis control achieved among the general population, the study found.

This high incidence of the disease in prisons also increases the risk of TB beyond prison walls, to prison workers and the families of detainees, researchers warn.

Epidemiologist Katharine Walter of Stanford University, U.S., co-author of the study, said: “There is growing evidence that incarceration puts people at higher risk for diseases and that this risk extends to neighboring communities.”

Latin American prisons–described by Walter as “inhumane” –are overcrowded and poorly ventilated, with prisoners often lacking access to proper healthcare and nutrition, the study notes, providing perfect conditions for infections to spread.

“The most direct way to cut the over risk of TB infection in jails is reducing the growing number of people incarcerated in these settings with a high risk of transmission,” Walter added.

Drug resistance also poses a risk if the situation is left unchecked, the study warns. It notes: “Although Central and South America have not yet been affected by high rates of drug-resistant tuberculosis in prisons, as seen in many Eastern European countries, the current trajectory suggests that drug resistance should also be closely monitored.”

Sociologist and epidemiologist Maria Belen Herrero, who did not take part in the research, said the highlights “a real problem, which is the situation of TB in prisons and the need to address the problem urgently.”

However, Herrero, an Argentinean researcher at the Latin American Faculty of Social Sciences (FLACSO), says TB among prisoners “is an important aspect but it is not what ends up explaining the situation of the disease in the region.”

TB is a disease “strongly determined by the social context and by living conditions and often the result of the occurrence of TB cases in jails is a reflection of all this and it is not so much the origin of the problem,” Herrero added.

Zulma Rueda, co-author of the study and epidemiologist at the University of Manitoba, Canada, believes that to solve the problem we must understand that imprisoned people “are human beings and TB cannot become part of their sentence.”

More investment in TB programs, greater political will, financial support for research, and effective treatments against the disease are crucial, she said, as well as addressing the stigma often associated with TB.