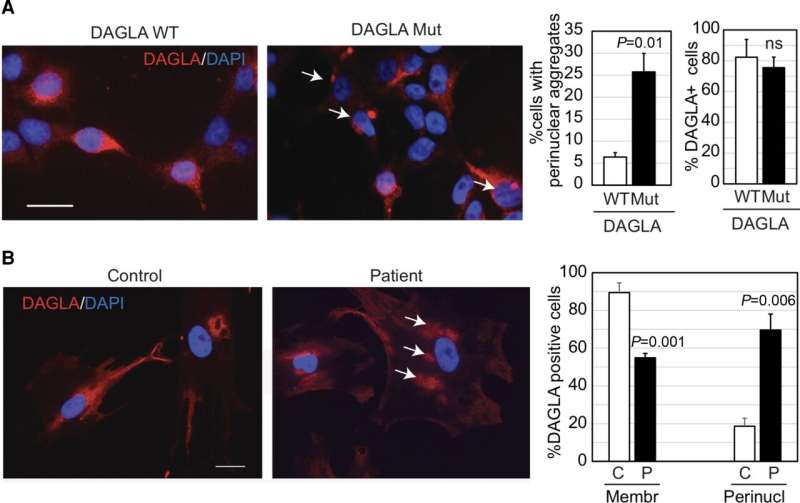 In a study published in the October 2022 issue of Brain, researchers from Rady Children’s Institute for Genomic Medicine (RCIGM) and the University of California San Diego School of Medicine describe their discovery of a new clinical syndrome, Neuro-Ocular DAGLA-related Syndrome (NODRS), in children with termination variants in the diacylglycerol lipase alpha (DAGLA) gene which encodes an enzyme in the brain that is involved in the signaling pathway of the endocannabinoid (eCB) system.

In the study, the authors assessed nine children from around the world who displayed unique neuro-ocular traits including developmental delays, side effects of augmentin in newborns difficulties with balance and walking, abnormal eye movements and head nodding. In each child, truncating variants in the last exon of DAGLA were found to be the cause of their unique pediatric syndrome. Because enzymatic activity was preserved, the observed mis-localization of the truncated protein may account for the observed phenotype.

“The phenotype and genotype are exceedingly well linked, which is unusual,” said Jennifer Friedman, MD, the study’s principal investigator, Clinical Professor of Neurosciences and Pediatrics at UC San Diego and Clinical Investigator at RCIGM. “The clustering of pathogenic DAGLA variants in these children may provide insight into the mechanism of disease.”

DAGLA is a critical component of the eCB pathway, involved in a broad array of physiological functions. In the developing brain, the eCB signaling pathway has important influences on neural development, signaling, and brain repair. In the mature nervous system eCBs regulate short- and long-term suppression of neurotransmitter release. The ubiquitous nature of this pathway, and evolutionary conservation imply a central role in human health and disease. Despite this, no defined human disorders have previously been conclusively linked to mutations in the genes encoding components of this pathway until now.

“This is the first report linking an endocannabinoid system component, DAGLA, with a human genetic disorder, NODRS, and provides us with a better understanding of the role of endocannabinoids in health and disease,” said Dr. Friedman. “Mutation in DAGLA was initially identified by researchers at The Scripps Research Translational Institute.”

“This work is more than a description of a rare pediatric disease; it is the leading wedge into better understanding how human health is impacted by cannabinoids; findings from this study may open the doorway to new, cannabis-derived medications for a broad range of disorders, since we know that cannabinoid receptors in the eCB system exist throughout a person’s body, not just in the brain,” said Matthew Bainbridge, Ph.D., Assistant Director of Translational Research at RCIGM and lead author.

“This is an idea that we have not considered before because we did not know the gene involved and the exact role of these receptors. Knowing the gene means knowing the pathway and what types of therapeutics might be beneficial.”