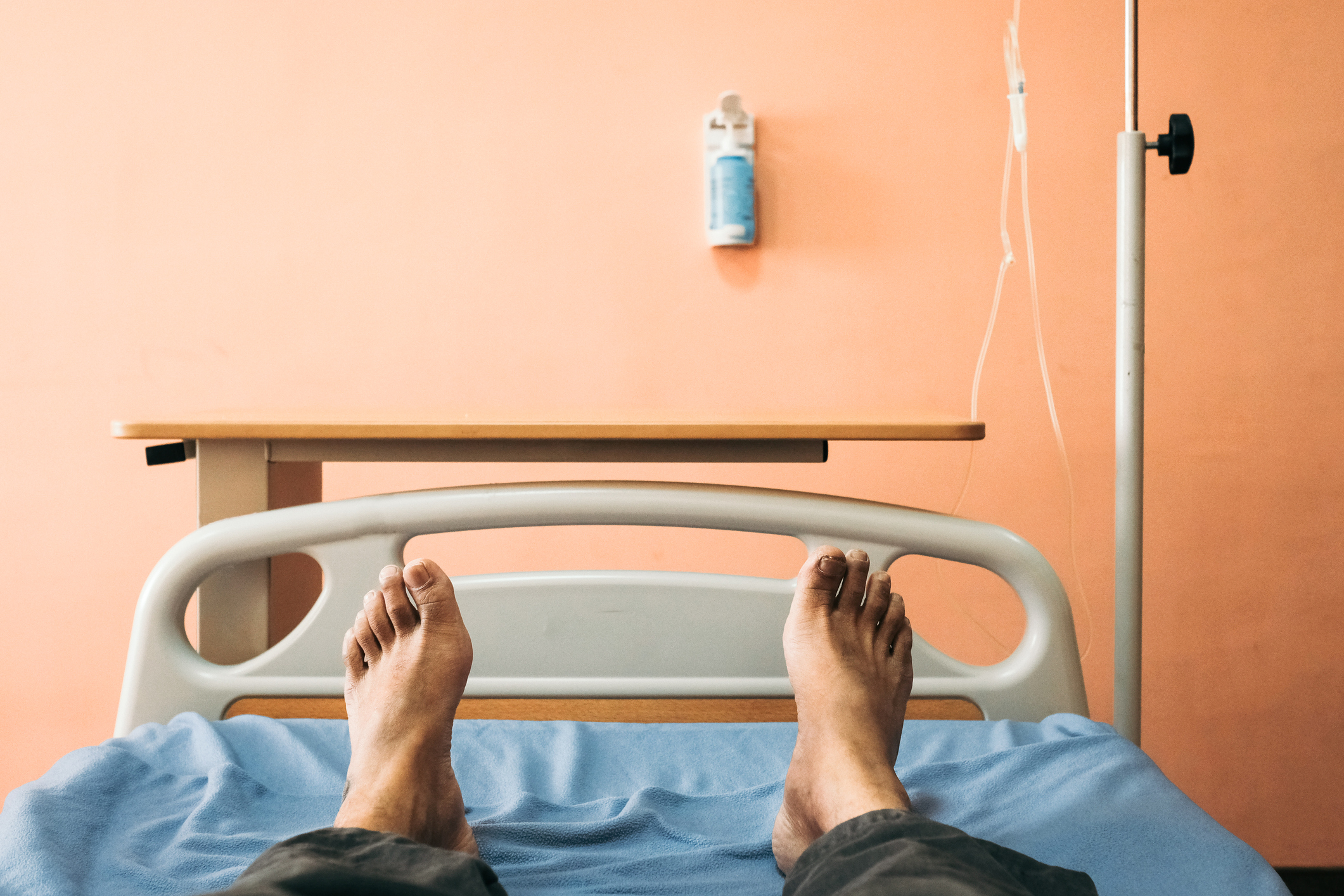 The neurologist finished her examination and sat down opposite my hospital bed.

With a smile, she got to the point: ‘Have you ever heard of a condition called Guillain-Barre Syndrome (GBS)?’

My blank stare indicated I had not.

She continued: ‘GBS is a rare inflammatory disorder of the nerves. It attacks muscles in the legs, arms, chest and face. We think that’s what’s happening to you. We need to monitor you closely because this is a serious illness. It’s already affecting your hands and legs. If it spreads to your chest, inderal tablet during pregnancy we’ll need to get you on a ventilator.’

At last, the previous weeks of mysterious, terrifying symptoms – sudden muscle weakness, double-vision, exhaustion and fluctuating blood pressure – made sense. Finally, it had a name.

Guillain-Barre Syndrome: an illness I had never heard of that affects fewer than two people per 100,000 every year and kills up to 10% of sufferers, according to rarediseases.org.

This wasn’t exactly how I’d planned my two-week holiday to escape the stresses of my work as a newsroom journalist in London.

I’d been in Sligo, Ireland with my family for two weeks when I came down with an apparent bout of food poisoning so severe that I ended up in hospital with dehydration. After a few days on a drip I was allowed home, on the road to recovery – or so I thought. In fact, things were about to get dramatically worse.

It began suddenly, with a pounding pain at the back of my neck. Soon, I was throwing up again and was taken back to Sligo University Hospital with what we all assumed was another bout of food poisoning.

The first sign something was seriously wrong came later that day when I tried to pee, and couldn’t. Surprised but not overly concerned, the doctors inserted a catheter – a rubber tube that runs up into the bladder. (There’s only one way they can get this into your body – yes, that way). The suggestion now was that I had picked up a urinary tract infection. An annoyance, but nothing to worry about.

But I was beginning to feel tired – exhausted, in fact – with dizziness so severe that I kept almost passing out. My blood pressure was dropping dangerously every time I stood up. I was moved to neurology. In a gloriously Hollywood moment, a new neurologist swept into the room, took one look at me and announced to her assembled colleagues: ‘I’m taking over his case!’

For a few days I felt like a bit of a celebrity. The feeling quickly wore off.

It was around this point that Guillain-Barre Syndrome was first mentioned. It turned out the illness I’d had the week before had been caused by a particularly nasty bug called Campylobacter, a bacterial infection and one of the most common causes of GBS.

No sooner had GBS been mentioned that I realised I couldn’t move my toes on my left foot. The next morning, I couldn’t move toes on either foot and I couldn’t walk. Then I was losing grip in my hands, my legs were going numb and I was struggling to speak – all in a matter of hours.

GBS has some unique characteristics, not least its speed. I was literally watching my limbs lose function over just a few hours. It felt like I was being progressively paralysed.

The recovery process of GBS is unpredictable, and the after-effects have, in many ways, been just as bad as the illness itself

Indeed, that is what GBS does – many patients end up on a ventilator as their chest muscles stop working.

While this was happening I was subjected to all sorts of weird and wonderful tests as the doctors tried to work out what was going on. There were several MRI scans to see what was happening in my brain – ‘not much!’, came the oh-so-hilarious joke from my family – then a scan to look at my upper spine.

That was followed by a lumbar puncture – otherwise known as a spinal tap – a procedure involving a needle being inserted into the spine to suck out the spinal fluid which is then tested for protein levels. Let me assure you, it feels just how you imagine it does.

This was probably my hardest day in the hospital; being prodded and poked by groups of doctors who readily admitted they didn’t really have a clue what was wrong with me.

It was the scariest time of my life and I cried almost every day. I spent my days chatting to friends on Whatsapp and watching football on the ward’s single television – anything to take my mind off what was happening to my body.

All sorts of illnesses were mooted – from Lyme Disease (spread by infected ticks – nice) to Multiple Sclerosis. The problem was, each and every test I underwent came back as inconclusive. All my symptoms pointed to GBS, however, so that’s what I was treated for.

The standard treatment for suspected GBS, I was told, was a course of intravenous immunoglobulin, which is made from donated blood containing healthy antibodies and helps stop the nerve damage.

Slowly, this did the trick, as after a few days I began to regain some strength in my hands. GBS is an odd condition for another reason: it is self-limiting. After ravaging your body for days or weeks, it suddenly eases and your nerves begin the slow process of recovery. Within a week, I could walk down the hospital corridor if someone was holding my arm and two weeks after that I was allowed to go home.

All of this was back in November 2019, which feels like a lifetime ago. The recovery process of GBS is unpredictable, and the after-effects have, in many ways, been just as bad as the illness itself. The last two years have been mentally-exhausting. A long, arduous and often frustrating recovery process.

The vast majority of people regain normal muscle strength within six months. For some, however, it can take years. I suffer from fatigue so severe it forced me to quit my full-time job.

I can no longer run, which is hard to deal with as I used to go jogging every day, I get pain in my legs and my left hand remains weak.

Doctors have told me it could be another year, at least, before my body returns to anything like normal. But I consider myself lucky. It could have been much worse, thanks to an illness I’d never heard of, which I’ll never forget.