In a recent study published in the Journal PLoS Genetics, researchers investigated how height determined several common clinical traits in adults by comparing associations of those traits with actual- and genetically-predicted-height. They used the Mendelian randomization-phenome-wide association study (MR-PheWAS) to examine over 1,000 clinical characteristics using clinical and genetic data from the largest healthcare system biobank in the United States (US). 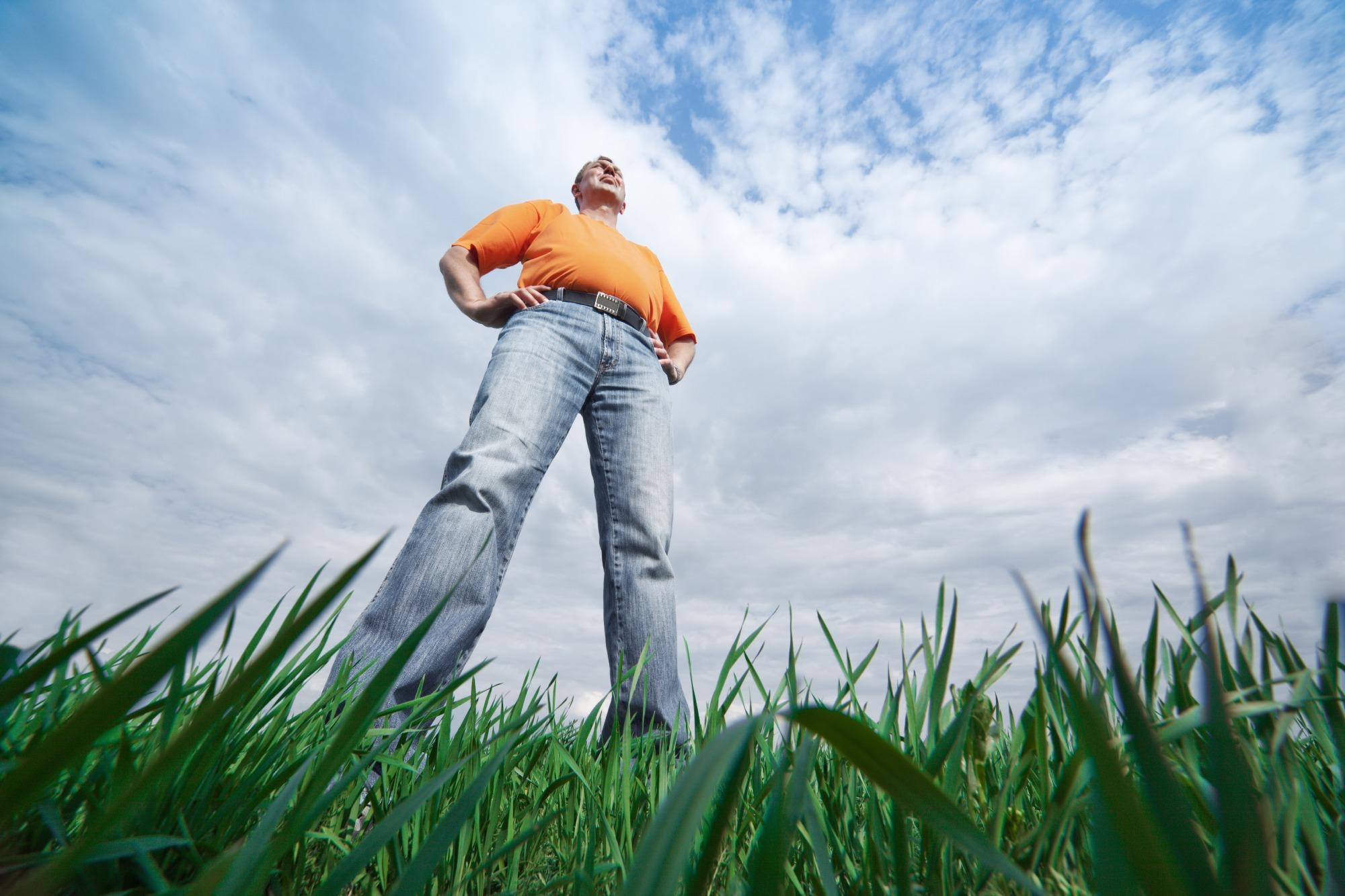 Epidemiologic associations of height with diseases are susceptible to confounding as environmental factors, including nutrition, socio-economic and demographic factors, influence adult height. Previous MR studies have tested such hypotheses based on previously described epidemiologic associations. Therefore, those studies could not elucidate whether height-related clinical traits have a casual association with diseases or are secondary to confounding.

In the present study, researchers performed an MR-PheWAS of height on the US department of veterans affairs (VA) Million Veteran Program (MVP). They used the Harmonized Ancestry and Race/Ethnicity (HARE) algorithm, which uses genetic data to predict race/ethnicity, to classify the study participants into three distinct groups, non-Hispanic Whites (EA), non-Hispanic Blacks (AA), and Hispanic-American (HA). They analyzed the genetic data linked to 222,300 EA and 58,151 AA clinical records.

The researchers used 3,290 independent, genome-wide significant variants and their beta coefficients from a previously published genome-wide association study (GWAS) in individuals of European ancestry with no overlap with MVP to build a genetic risk score (GRS) for height. In addition, they performed a PheWAS of height in the MVP sample to generate the height GRS across non-European ancestries.

The team also performed secondary analyses, including an additional model with body mass index (BMI) as an added covariate. They determined how BMI confounded the genetically predicted height associations with phecodes. Additionally, they repeated the PheWAS stratified by diabetes and CHD status of the study participants. 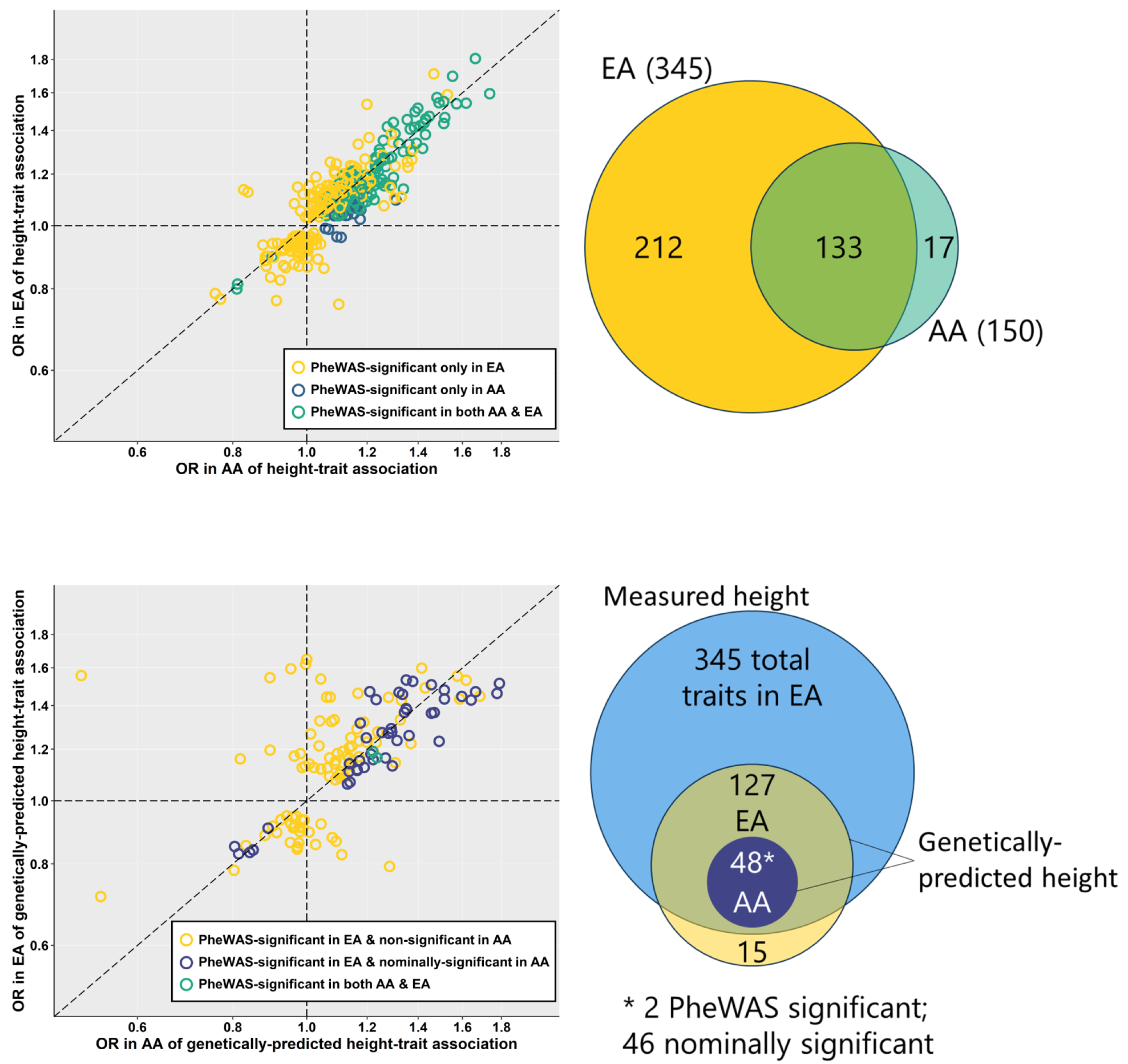 Comparison of number of associations and effect sizes of measured height (A) and genetically-predicted height (B) between non-Hispanic White and non-Hispanic Black individuals. Associations of measured and genetically-predicted height with phecodes represented as odds ratios (OR) in non-Hispanic Black (AA) and non-Hispanic White (EA) MVP participants. Whether associations exceeded phenome-wide significance threshold in either or both race/ethnicity groups indicated by color. Venn diagrams providing pictorial representation of the same comparisons shown to the right of each plot. https://doi.org/10.1371/journal.pgen.1010193.g001

The study analysis revealed that only 345 clinical traits were associated with measured height in EA and an additional 17 in AA. Two of these traits were linked to genetically predicted height in AA and 127 in EA. All the MR associations were unaffected by BMI. The CHD status of a participant modified the effect of MR associations for atrial fibrillation. However, it did not affect results for hypertension, hyperlipidemia, or venous circulatory disorders.

The PheWAS study also provided additional insights beyond the scope of epidemiologic and physiologic studies. For instance, the current study described associations of genetically predicted height with conditions that may result from the effects of increased weight-bearing. Further, it extended an understanding of the clinical impact of height beyond cardiovascular diseases.

Furthermore, the authors identified a stronger association of genetically predicted height with skin and bone infections among diabetics indicating that the two factors work together to impact infection risk. Lastly, they found evidence supporting potentially causal associations of height with varicose veins and venous thromboembolic events.

The study examined phenome-wide associations of measured height and genetically predicted height with over 1000 clinical traits in US adults. The authors found that height might be a biologically probable risk factor for several common conditions in adults, particularly those affecting distal extremities most impacted by tall stature.

Likewise, they found that asthma and non-specific peripheral nerve disorders were associated with genetically predicted height exclusively in women. The gender-based associations in height-related disease pathophysiologies warrant further investigation using a sample with more proportionate men and women populations. Also, more studies are needed to exclude horizontal pleiotropy as a driving force behind some of the MR associations observed in the current study. An important limitation of the study was that the US veterans were older males with a higher prevalence of diabetes and cardiovascular disease. Hence, they did not represent a typical adult population.