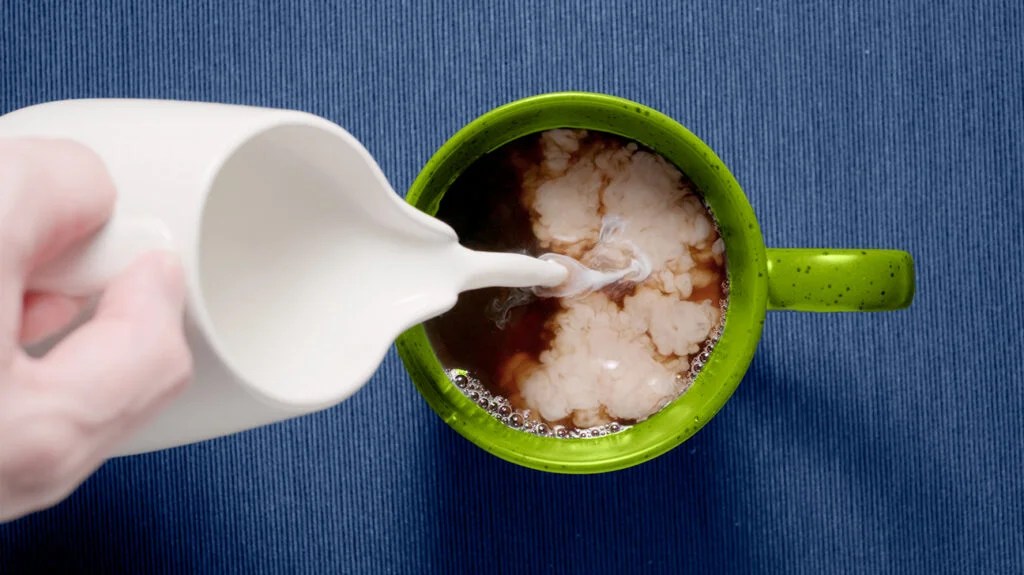 People with MS have reported that cow’s milk products can exacerbate the symptoms. However, the role of diet has proven controversial. A 2020 review found very little high-quality relevant research and therefore few reliable conclusions.

Still, the reports about the effects of dairy consumption prompted a team at the University of Bonn, in Germany, to investigate further.

Following a series of experiments, they propose that many people with MS have an autoimmune-like reaction to the cow’s milk protein casein. They explain that antibodies that would normally react with casein also react with a protein in myelin. This, in turn, can contribute to the demyelination that characterizes MS.

The results appear in the journal the Proceedings of the National Academy of Sciences.

Dr. Catherine Godbold, the research communications manager at the MS Society, was not involved in the research. She told Medical News Today in an interview that “Diet research is just notoriously challenging.”

She said: “I think it’s interesting to see a mechanism for how cow’s milk might exacerbate MS symptoms or exacerbate the autoimmune response. I don’t think we’ve necessarily got the evidence that actually tells us for sure what that link is between cow’s milk and MS yet.”

The researchers first carried out a series of experiments in mice to determine whether antibodies created in response to milk exposure caused a loss of myelin in nerve cells. They injected mice with three different proteins found in cow’s milk to make them produce antibodies against the proteins.

They used casein, which is responsible for cow’s milk allergy in humans, α-lactalbumin, or β-lactoglobulin.

Tests confirmed increased levels of immunoglobulin G (IgG) in response to casein. Serum samples from 10 people with MS demonstrated an IgG reaction after exposure to cow’s casein. The researchers then tested the reactivity of the serum to a protein found in myelin.

In further tests, the team looked at the antibodies present in 39 people with MS and 23 people with different neurological conditions. They found that the level of IgG reaction to casein was higher in the MS group.

This is an example of “molecular mimicry” causing cross-reactivity, said Dr. Rittika Chunder, lead author of the study in an interview with MNT.

The results demonstrated that there may be other cross-reactions taking place, she explained, and people with MS will have been exposed to therapies designed to change their immune systems. Overall, more research is needed before people with MS can receive specific advice.

Clinical trials are being planned to look at a larger group of participants and to investigate the effects of other milk products. “We are, at the moment, recruiting as many patients as we can and also [looking at] the effect of different therapies. So, these MS patients have had some therapy before, either an immunomodulatory therapy or some B cell depleting therapy, and [we will investigate] how the effect of these different therapies is also affecting or not affecting the reactivity to milk,” Dr. Chunder said.

Aisling Pigott, a registered dietician and spokesperson for the British Dietetic Association, who was not involved in the research, said it was important to note that the authors were proposing a hypothetical mechanism, and the paper did not have enough evidence to suggest that people with MS should change their diets.

She told MNT in an interview: “We don’t inject milk into our bodies, we consume it, so that is going to impact humans and mice. And actually [looking at mice] is very different to potentially looking at MS patients.”