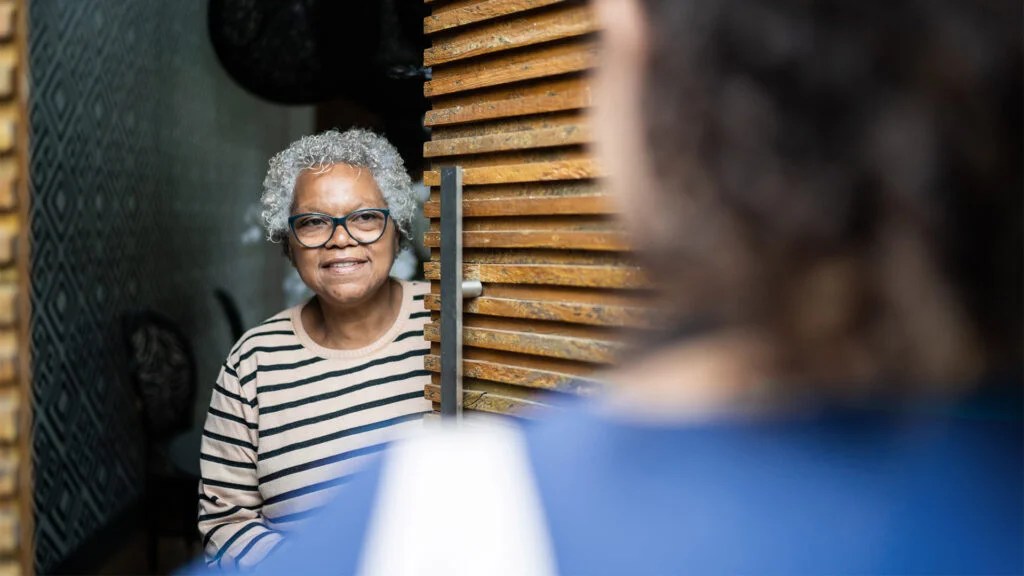 The Alzheimer’s Association will be observing Alzheimer’s & Brain Awareness Month this month to increase awareness about Alzheimer’s disease (AD) and other dementias.

To mark this event, the Alzheimer’s Association recently published an article describing some of the common misperceptions about the condition as described by individuals with early-stage AD.

describes a group of symptoms characterized by memory loss, language problems, changes in mood, and deficits in thinking and reasoning that interfere with daily life activities. AD is the most common form of dementia, affecting over 6 million individuals in the United States.

AD is a progressive disease involving a steady worsening of dementia symptoms over time. Individuals with AD are often able to function independently in the early stages of the disease but have to increasingly rely on their caregivers for daily activities as the disease progresses.

Individuals with a recent diagnosis of Alzheimer’s disease may have a difficult time coping with their diagnosis and need support. Although friends and family members often have the desire to be supportive, they may avoid interacting with the individual with AD due to the fear of negatively impacting their mood.

Avoiding engagement with individuals with AD promotes a sense of isolation and stigma, and can harm their feeling of self-worth. Below are some of the common misperceptions about AD held by friends and family members according to individuals with early-stage dementia.

Due to better surveillance, individuals are increasingly diagnosed at earlier stages of AD.

It is important to recognize that such individuals with early-stage AD are still capable of living independently and continue to have goals that they might want to accomplish.

Caregivers and family members could help individuals with AD plan for their future and maintain a good quality of life as their disease progresses.

An AD diagnosis does not define a person

Individuals with AD maintain a sense of self until the final stages of dementia and family members should be careful not to view them simply through the prism of their illness.

AD does not alter the individual’s preference for activities or relationships. Individuals with AD continue to relish meaningful daily life activities, including meeting friends and family members, until the later stages of the illness.

Dr. Peter Rabins, professor emeritus at the Johns Hopkins University School of Medicine in Baltimore, MD, told Medical News Today: “In the early phases of Alzheimer’s disease, many people can maintain their usual level of social and personal interactions. As the disease progresses this may become harder if friends and long-term acquaintances distanced themselves from the person.”

“At every stage of the disease, it is more important that a person interacts with others and less important exactly what is said.”

“People sometimes worry that they will say the ‘wrong thing.’ The key, though, is to talk with the person at whatever level they are able to interact. Talk about old times, good memories, and how their favorite sports team is doing. Go on walks, bring the grandchildren over, or perhaps just sit and hold hands. Even at the end stage of the disease communication through touch can be powerful and rewarding.”

Family members should patiently listen to individuals with AD and avoid patronizing them or engaging in “elderspeak.”

Thus, family members should understand that certain behaviors could be beyond the control of individuals with AD and should be patient with them.

Although AD mostly affects people aged over 65 years, younger individuals account for around 5-10% of all AD cases. The occurrence of this illness in individuals under the age of 65 years is referred to as early-onset Alzheimer’s disease.

The perception that AD is a condition that affects only older individuals may cause younger individuals to ignore AD symptoms and delay seeking the necessary help.

can help initiate treatment to delay the progression of AD.

Friends or family members may be unsure about how to react to the news of a person’s AD diagnosis. This may lead them to communicate with the spouse or caregiver about the health of the individuals with AD.

Such conversations may sometimes occur in the presence of the individual with AD.

Individuals living with dementia tend to perceive such conversations as patronizing, reinforcing a sense of loneliness and shame. Instead, a direct conversation with the person with AD about their health is more likely to be received as being caring.

Denial is also a common reaction among friends and family members of individuals with a recent AD diagnosis. This denialism may manifest itself in comments alluding to the individual being too young or appearing to function “normally” to be diagnosed with AD.

Although not ill-intentioned, such comments may appear dismissive. They might overlook the psychological struggles of coping with the diagnosis experienced by the individual with AD and the impairment caused by the condition itself.

These myths stress the need for a concerted effort to root out stigma and misperception associated with AD.

Dr. Joseph Gaugler, the director of the Center for Healthy Aging and Innovation at the University of Minnesota, also chimed in.

He said, “We too often view Alzheimer’s through the biomedical lens of disease, but as people living with dementia emphasize, they are still ‘here’ and have dreams and preferences that we must honor.”

“It is important that we dismantle the stigmatization of dementia that is so readily apparent in our communities, during healthcare encounters, and how we organize and deliver long-term services and support. A public health campaign that increases awareness, detection, and enhances our communities’ dementia ‘friendliness’ is an important first step in doing so.”

“Individuals, program planners, and policymakers should keep in mind that people need different supports depending on who they are, what their lifelong interests have been, and wherein the disease they are currently,” Dr. Rabins said.