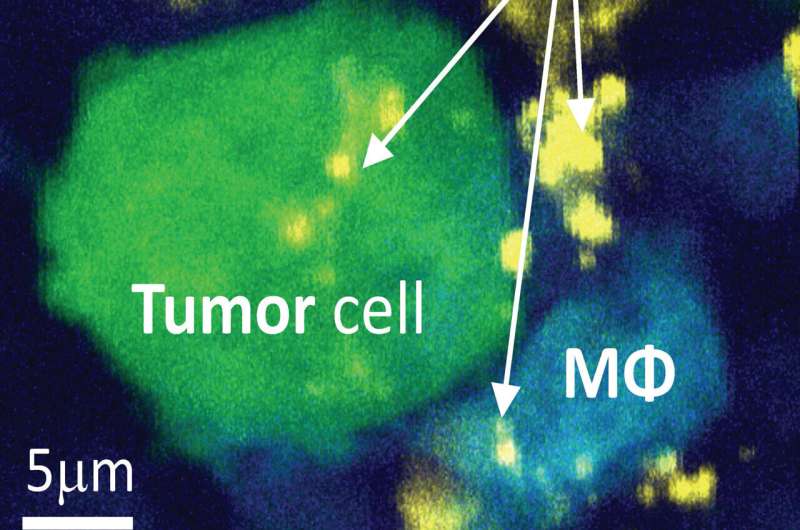 Pancreatic cancer is notoriously difficult to cure or even treat. Now, a new strategy devised by scientists at Albert Einstein College of Medicine has succeeded in making pancreatic tumors visible to the immune systems of mice and vulnerable to immune attack, reducing cancer metastases by 87%. The paper describing the findings published online today in Science Translational Medicine.

“Today’s checkpoint inhibitor drugs work well against some types of cancer but only rarely help people with pancreatic cancer,” said Claudia Gravekamp, Ph.D., corresponding author of the paper and associate professor of microbiology & immunology at Einstein and a member of the National Cancer Institute-designated Albert Einstein Cancer Center. “The problem is that pancreatic tumors aren’t sufficiently ‘foreign’ to attract the immune system’s attention and can usually suppress whatever immune responses do occur. Essentially, rv 509 soma our new therapy makes immunologically ‘cold’ tumors hot enough for the immune system to attack and destroy them.”

Dr. Gravekamp’s treatment strategy capitalizes on the fact that virtually all people are vaccinated in childhood against tetanus, a serious disease caused by a toxic protein that Clostridium bacteria secrete. Thanks to their tetanus-specific memory T cells, which circulate in the bloodstream for life, vaccinated people will mount a strong immune response if they’re later exposed to the highly foreign tetanus toxin. Dr. Gravekamp and her colleagues effectively aroused a potent and specific immune response against pancreatic cancer cells by infecting them with bacteria that deliver tetanus toxin into the cells.

Using the same tetanus vaccine given to people, the investigators vaccinated mouse models of pancreatic cancer (i.e., mice bearing human pancreatic tumors). They then fused the gene that codes for tetanus toxin into non-disease-causing Listeria monocytogenes bacteria, which are highly adept at infecting cells and spreading through tissues. Finally, to infect and “tetanize” the tumors, they injected the bacteria with their tetanus-gene cargoes into the previously vaccinated, tumor-bearing mice.

“The Listeria bacteria are quite weak and are readily killed off by the immune systems of people and animals—everywhere, that is, except in tumor areas,” said Dr. Gravekamp. “Our treatment strategy actually takes advantage of the fact that pancreatic tumors are so good at suppressing the immune system to protect themselves. This means that only those Listeria bacteria in the tumor region survive long enough to infect pancreatic tumor cells and that healthy cells don’t become infected.”

Once the Listeria bacteria infected the tumor cells, their tetanus-toxin genes expressed the tetanus-toxin protein inside the tumor cells—triggering a strong immune response. The tetanus toxin activated pre-existing tetanus-specific memory T cells, causing CD4 T cells to attack and kill the infected tumor cells. The T cell responses were enhanced by adding low doses of gemcitabine (a chemotherapy drug that reduces immune suppression). The treatment shrank the size of the pancreatic tumors in the mice by an average of 80% and also significantly reduced the number of metastases by 87%, while the treated animals lived 40% longer than untreated (control) animals.

“The findings indicate that this treatment approach could be a useful immunotherapy for pancreatic cancer as well as other types of cancer, such as ovarian cancer, that remain difficult to treat,” said Dr. Gravekamp.