The ASPCA Animal Relocation Program recently marked a significant achievement by transporting the 200,000th shelter animal to a destination shelter where they can find a loving home. The ASPCA is currently the leader in animal relocation, transporting more homeless animals than any other organization. We do this by working with overcrowded shelters in under-resourced areas of the country (most often in the South) to relocate their animals to other shelters, where they will have greater chances of being adopted into loving homes. 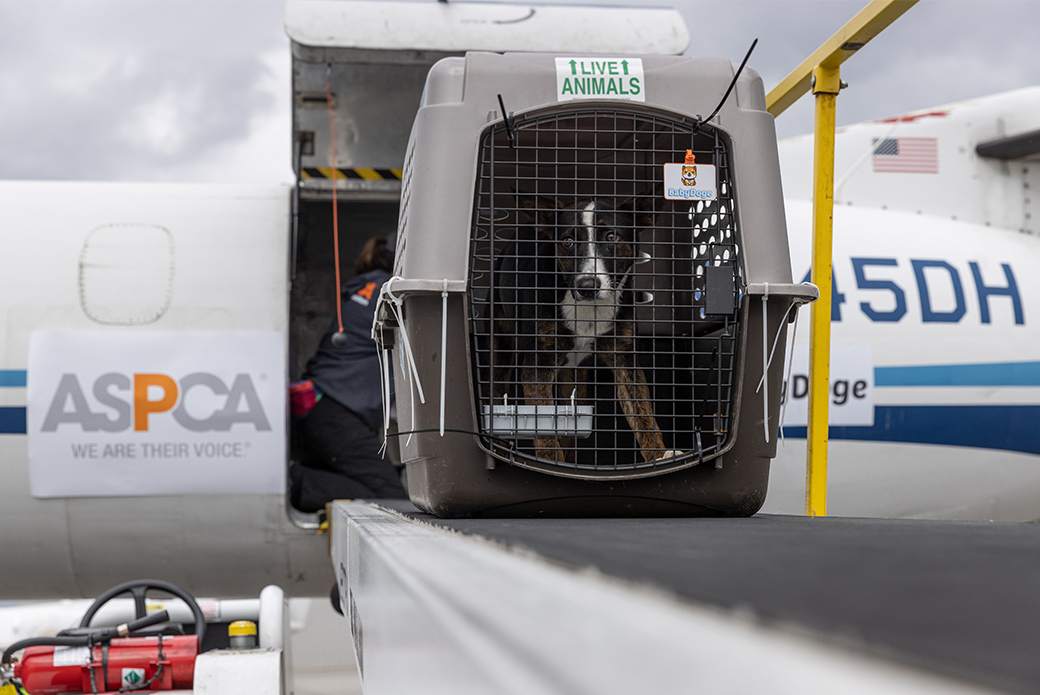 The milestone dog, Noah, a one-year-old, cattle dog/Basenji-mix, arrived to a celebration at Second Chance Animal Services’ “Almost Home” transport center in North Brookfield, clonazepam informacje o leku Massachusetts on Saturday, March 26. Noah’s trip began at the Mobile SPCA in Mobile, Alabama, where he was loaded onto the Nancy Silverman Rescue Ride on Saturday, March 26. The ASPCA then drove all 37 dogs to Mobile Regional Airport, where they boarded their lifesaving ASPCA flight to Massachusetts. After a brief stop in Mississippi to allow additional shelter dogs to board the flight, all 70 pets were on their way to the ASPCA’s shelter partners in Massachusetts. The flight landed safely at the Worcester Regional Airport in Worcester, Massachusetts, and from there the Nancy Silverman Rescue Ride drove Noah to Second Chance Animal Services, where he will be available for adoption.

“Noah’s story and this incredible milestone represent the dedication and hard work of many people and partners committed to securing new opportunities for homeless animals who need second chances in new settings to survive and thrive,” said Matt Bershadker, ASPCA President and CEO. “Animal relocation—by ground and by air—continues to be a highly effective way to help vulnerable animals find loving homes they need and deserve.” 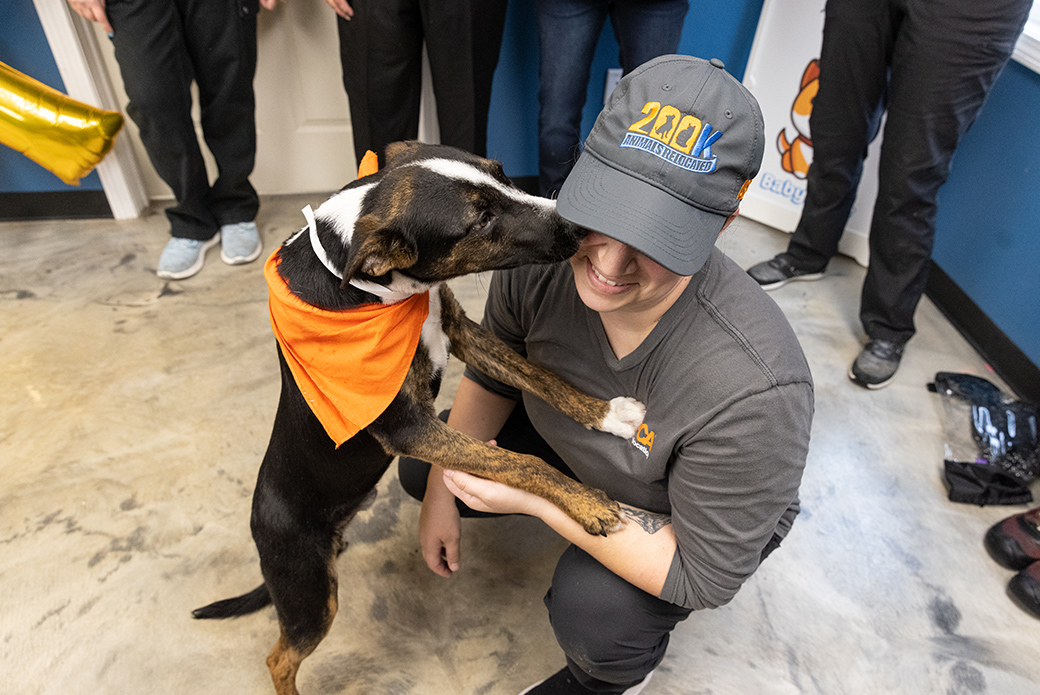 Found in Wilmer, Alabama, Noah entered the Mobile County Animal Shelter until he was transferred to Mobile SPCA for the next step in his journey toward finding a home. Mobile SPCA staff knew he would be a perfect fit for transport to Massachusetts as his friendly and energetic demeanor would make him a great pet for a new family.

“Every time I hear the story of an animal like Noah given new chances for adoption thanks to a relocation, I’m so thankful for this program and for the chance to expand its reach even further,” said Nancy K. Silverman. “When you have overcrowding in one place and opportunity in another, it’s obvious how connecting those dots will save lives, and I appreciate all of the dedicated transport and shelter partners across the country who contribute to this milestone and many more to come.” 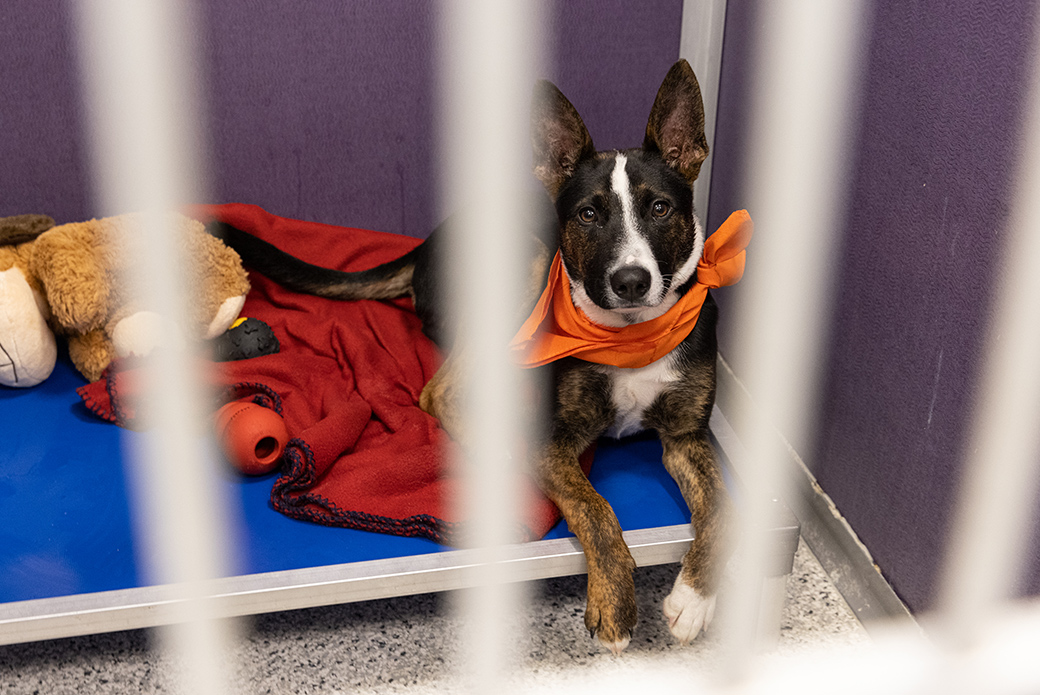 The establishment and growth of our Animal Relocation Program is made possible by the generous support of ASPCA donor, Nancy K. Silverman. Her contributions have played a significant role in making us the country’s largest national transporter of animals. In the program’s first year in 2014, we moved more than 7,000 animals, but with Nancy’s support, it has grown to transport more than 30,000 shelter pets annually. Since 2015, Nancy’s contributions have helped 95,000 homeless animals move to areas where adoptable pets are in high demand.

“We’re grateful for Nancy’s critical support. Her compassion and generosity have helped the ASPCA Relocation Program become the country’s largest national transporter of animals in need, putting tens of thousands of vulnerable dogs and cats each year on more viable paths to adoption,” Bershadker said.

This 200,000th milestone flight from Alabama to Massachusetts was sponsored by Baby Doge, a mission-founded cryptocurrency. Baby Doge is our first brand partner to fund animal transport flights, and they have committed to sponsoring several flights throughout 2022. In addition to helping shelter animals find loving homes more quickly, these lifesaving flights also enable the ASPCA to remove animals from harm’s way during its response efforts following devastating natural disasters like hurricanes, tornadoes and wildfires.

We are grateful to all of our partners and the incredible staff that made this moment possible and have made so many second chances possible for animals in need.